The house of review needs a review of its own, but getting bipartisan agreement on the best way forward will be difficult. 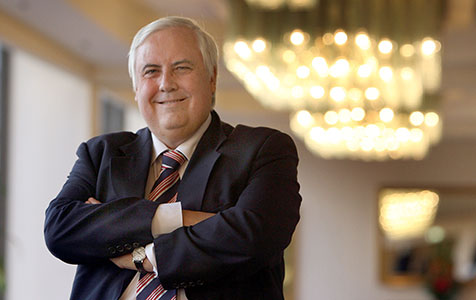 The controversy over the Senate election result, not only in Western Australia but in other states as well, is clear evidence that the system needs an overhaul. There are too many anomalies under the present election rules.

This debate has nothing to do with whether one party might gain an undue advantage over another; it is whether the wishes of voters are fairly reflected in the result.

It is beyond comprehension that the Australian Sports Party’s Wayne Dropulich, with just 2,997 primary votes, should have been considered a serious contender for one of the six Senate vacancies in WA, ahead of Scott Ludlam from the Greens, who recorded 124,268 votes.

Or that Senator Ludlam should have to play second fiddle to Dio Wang from the Palmer United Party, which received 65,511 votes.

The problem is the ‘above the line’ voting, introduced in the early 1980s, which allowed the parties to provide their preference allocation to the Australian Electoral Commission. Voters still have the option of numbering every box, but this group now represents a tiny minority.

The reality is that most voters have no idea how their preferences will be allocated once they place a 1 in the box next to the party of their choice.

This system worked well, initially. Labor and Liberal were then clearly the dominant parties. But now the minor parties have sprung out of the woodwork on the basis that, if they exchange preferences, they might eventually end up with 14.3 per cent of the vote – the magic number needed to win a Senate quota.

So hands up if, two weeks before the federal election, you had heard of the Smokers Rights Party, the Liberal Democrats, the Australian Christians, the Help End Marijuana Prohibition (HEMP) Party, or the Socialist Equality Party? Yet they were the first five parties listed on the WA Senate ballot paper. The next was the Palmer United Party, helped by its high profile and very financial founder, Clive Palmer.

The raw figures show the Liberals scored 514,948 votes to retain three Senate spots. Labor gained 348,650 votes, and battled to hold on to its two places in a contest with the Palmer Party, which scored just one-fifth of the Labor total.

There has to be a better way. Former Greens leader Bob Brown has suggested that voters simply mark their ballot papers one to six. Another proposal is for parties to win a minimum 4 per cent of the primary vote to be considered in the mix. That’s what parties must get to qualify for public funding and the return of candidates’ deposits.

Achieving equitable change in a delicately balanced Senate could be a tricky proposition, especially when the current government might need a minor party’s support to pass legislation.

The logical move is for a truly independent inquiry into the issue. The hard part would be what to do with its recommendations.

Julia Gillard undoubtedly had a tough time during her three years as prime minister if, for no other reason, than it is a demanding job. Whether it was made harder because she was the first woman PM is debatable.

Ms Gillard said in her first interview since leaving politics that she had been aware of sexually explicit and derogatory images of her that had been circulated on the internet. That reflects poorly on the perpetrators. She was also surprised at the significance of her gender as PM.

Like Malcolm Fraser after the Whitlam government sacking in 1975, Ms Gillard was dogged by the way she got the job – an overnight coup which left many voters bewildered. So there did not seem much sympathy when, with Labor facing an electoral abyss, Kevin Rudd snatched the leadership back.

What is not in dispute is that there was considerable initial goodwill towards her. Many women, in particular, were delighted. I observed the female staff at one commercial radio station, for example, lining up to meet her on her first WA visit as Labor leader. There was much excitement.

But what counts in politics is performance; and it became clear that a growing number of Australians became disappointed with the performance of Ms Gillard and her government. The new mining tax and the carbon tax backflip represented low points for many, especially in WA.

Former treasurer Wayne Swan’s personal attacks on mining entrepreneurs such as Andrew Forrest, Gina Rinehart and Clive Palmer showed poor judgment. And the misogyny issue, which struck a chord with many of Ms Gillard’s supporters, had all the hallmarks of a contrived attempt at diversion.

Ms Gillard’s place in Australia’s political history is assured. What her experience confirms, as every previous PM would attest, is that leading the country is the most challenging job around.