Entrepreneurs work for years building up the value in their business, only to give a big chunk of it away when it comes time to sell. Why? 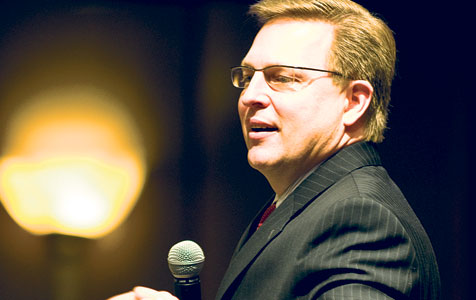 Entrepreneurs work for years building up the value in their business, only to give a big chunk of it away when it comes time to sell.  Why?  Savvy corporate acquisition teams have a prescribed method for wearing down the most seasoned entrepreneurs, backing them into a corner where they have to sell for a steep discount.

Here are some of their dirty tricks.

The first step is counterintuitive, which is why it’s so effective. The buyer offers the entrepreneur an insanely large price for the business and suggests the deal can close in weeks.

The offer – always expressed as some multiple of EBITDA, to condition the entrepreneur to become overly sensitive to expenditures –will be a price that is 50 to 200 per cent more than what even the entrepreneur thinks the business is worth. It looks like the deal of the century.

Why would buyers do this? To get entrepreneurs to drop their guard. Nothing builds a temporary relationship faster than offering a premium price for the business. I say temporary because entrepreneurs are not likely to stick around after the sale.

It also gets entrepreneurs and their spouses dreaming about the life they’ll lead after the sale – the houses, boats, and vacations – and planning for what they’ll do once they have a boatload of money.

More importantly, buyers do this to entice sellers to sign an exclusivity agreement that prevents them from talking with other potential buyers for six months during the due-diligence period – which they promise will go quickly.  Entrepreneurs will usually sign on the dotted line, relieved that they are going to get a great price—even if it is ultimately half of what’s offered –and not have to deal with other buyers, which is extremely time consuming.  But that’s the beginning of their downfall.

Once the document is signed, buyers will drag out due diligence for months, while promising that everything should be wrapped up shortly.

And as due diligence gets dragged out because the buyer tied the selling price to some multiple of EBIDTA, the CEO starts putting off key expenditures that she would otherwise make to keep the business humming along – a key hire or media purchase or training session.

To make matters worse, the buyer starts disrupting the entrepreneur’s rhythms and life through the infamous ‘emergency meeting’. The evening before an entrepreneur departs for a family vacation or major trade show, the M&A team will call to say that there’s been a problem with the deal and demand that he or she show up for a meeting the next day to straighten things out.

Afraid to derail the deal, the frazzled entrepreneur will cancel plans at the last minute. As a result, both the family and business team will start leaning on the owner to get the deal done. The pressure will continue to mount.

With the entrepreneur mentally checked out of the business in anticipation of the sale, and worn out from missing vacations and the grind of due diligence – and the business suffering from a cutback in critical expenditures to pump up EBITDA – the business unsurprisingly suffers a temporary slump. It’s all part of the buyer’s game plan.

The corporate buyer wants the company’s performance to suffer a little so it can use it as a giant sledgehammer to drive down the price at the 59th minute of the 11th hour.

Beat up by the entire process, the entrepreneur will begrudgingly give in to all kinds of last-minute demands and concessions affecting the final price of the business.

So what do you do to avoid this scenario – and still unload your business? First, enlist a good business broker (this is no time for amateur hour) to set up an auction for you. Don’t let a single potential buyer call the shots. One friend identified 23 strategic buyers, of which seven came to the table to bid for the business.

If a serious prospect wants an exclusivity agreement, limit it to 30 days and require a big deposit – say $250,000 –which will be forfeited if the deal isn’t completed in that window. And have ‘the box’ of materials prepared in advance so you are bulletproof during due diligence.

Last, as best you can, insulate yourself from the transaction. Have your CFO or another trusted executive work with your broker as a go-between with the buyer, so you don’t get distracted from leading your team. Push back against last-minute demands for meetings. You want to be calm and thinking clearly every time you negotiate – and not fresh out of a fight with your spouse about cancelling the family vacation.

Overall, keep your head in the game and keep running the business as if the deal isn’t going to happen up until the moment you cash the final cheque.