Reedy Lagoon Corporation’s innovative lithium brines play in Nevada is about to be put to the test, with the company spudding a big, 1000-metre deep well at its Columbus Salt Marsh project. The well is the first of its kind to be drilled under new regulations in Nevada and will take about 30 days to reach its target depth before testing begins in earnest. 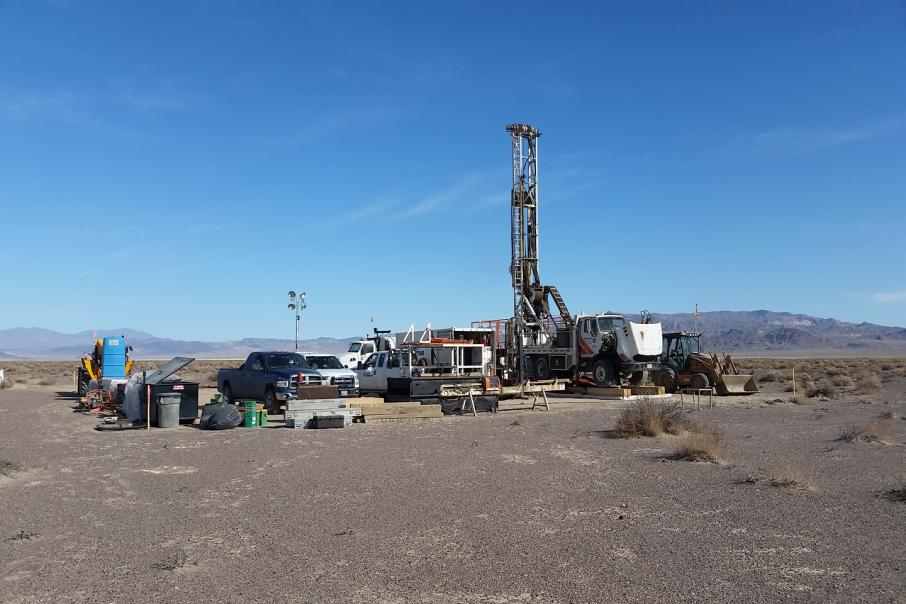 The aspiring lithium developer told the ASX on Friday the drill rig was now on site and drilling of a large-diameter well to a depth of 1,000 metres would begin after setting a collar pipe to 106 metres.

Reedy last year developed lookalike targets by combing through old geological records that suggested other parts of the basin were potentially rich with lithium brines.

The company then tested the idea with an emerging form of geophysics known as magnetotellurics, which highlighted zones of highly conductive groundwater that could be rich with lithium salts. At the Columbus Salt Marsh project, the geophysics showed a very strong conductor starting at a depth of 600 metres and extending well beyond 1000 metres.

The newly spudded well has much more in common with a petroleum well than anything drilled by a mineral explorer. It is also somewhat historic, being the first well drilled on a permit issued under Nevada’s new regulations for “Dissolved Mineral Resource Exploration Wells.”

Drilling to the target depth and extracting core samples along the way is expected to take about 30 days. This will be followed over the next two weeks by the sampling of brines from selected aquifers and pump testing of aquifers to determine flow rates of potentially lithium-rich groundwaters. Assays of core samples and brine waters are expected to take a turnaround time of four weeks.

Reedy has generated a strong following with investors, who are taken by the prospectivity of the Nevada lithium projects and the potential of new technology that promises to extract lithium from brines within weeks, rather than the traditional 18-month-long process of evaporation.

Shareholders injected $3.5 million in December through a fully underwritten entitlement issue at 2.5 cents a share and are well in the money, with Reedy trading as high as 6.8 cents post the last capital raise.