The future of a not-for-profit drug and alcohol rehabilitation centre considered among the strictest in Australia is in doubt due to a planning dispute. 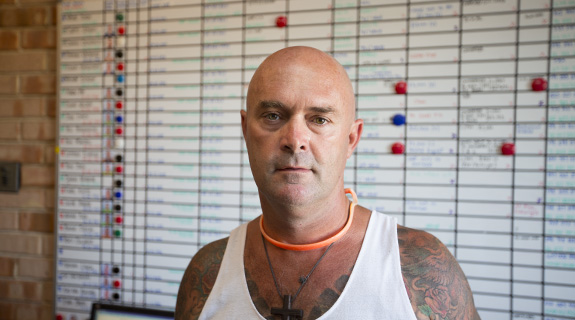 The future of a not-for-profit drug and alcohol rehabilitation centre considered among the strictest in Australia is in doubt due to a planning dispute.

Known as Shalom House, the Swan Valley centre is currently home to 33 men aged 18 to 58.

Shalom House operated in Henley Brook for a number of years without attracting public attention, until growth at the centre, which now encompasses three buildings, prompted Mr Lyndon-James to put forward a belated change in planning-use application, sparking a push-back from nearby residents. 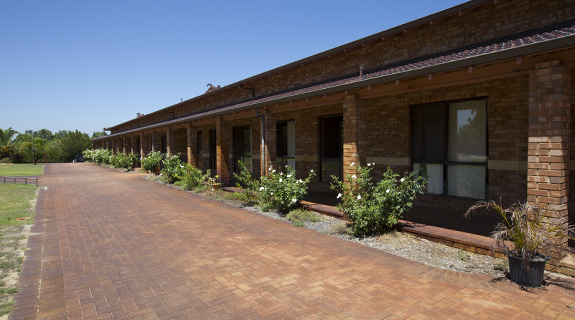 TOUGH: Shalom House has been called Australia’s strictest rehabilitation centre. Once inside, residents are required to give up their addictions cold turkey. Photo: Attila Csaszar

The City of Swan determined the centre was effectively operating as a boarding house, which is not allowed in its rural residential zone location.

Chief executive Mike Foley said the council could not approve the facility under the rules of its planning scheme, leading Mr Lyndon-James to take the matter to the State Administrative Tribunal.

A SAT decision is expected shortly.

Mr Lyndon-James said despite not having followed proper planning procedure, he had faith that a positive outcome would arise.

“I’m not even slightly worried about the SAT,” he said.

“Nobody in their right mind could kick 33 people out on the street. If you have a look at rehabilitation centres and what we’re doing here, I know that it’s working. It’s not costing anyone one single cent, nothing.

“It would be ludicrous for any government department or any department to kick us out on the street.”

Shalom House now has four full-time staff and three part-time workers, paid from the $300 in weekly rent each of the men is charged.

The centre also has 40 to 50 volunteers.

Mr Lyndon-James, who does not draw a wage, said the idea for Shalom House emerged from his own battle with addiction.

“I didn’t mean to start a rehabilitation centre … all I wanted to do was help people,” he said.

Mr Lyndon-James believes Shalom House is the strictest rehabilitation centre in the country. The men have access to doctors and medical care, but have to give up all addictions cold turkey upon entering the faith-based facility

Their days are spent performing household chores, manual labour and attending educational sessions, where Mr Lyndon-James said they were confronted with tough love.

“I really do care about people and often truth comes in a real hard word. We are where we are because of our choices. All of us face circumstances that we do and that we don’t create, but at the end of the day we make a choice,” he said.

As the men progress through the program they are given more freedom and encouraged to find full-time employment, with most graduating from the centre within 18 months. 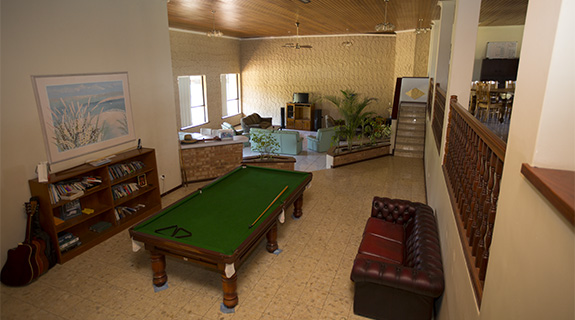 Mr Lyndon-James said he had helped about 60 to 70 over the years, and was happy to say those with whom he kept in touch were staying clean.

“They’re everyone from business owners (from) normal functioning families (to those) from bogan homes to educated, smart people,” he said.

“I got one fella who sold his business for $350,000 just to get out really, really quickly and put himself in rehab. We had one fella in here who was an aircraft engineer. It’s right across the social spectrum.”

He estimates that Australia’s methamphetamine, or ice, epidemic has led to a 200 per cent increase in demand recently.

There is no waiting list for Shalom House, but Mr Lyndon-James frequently turns people away, relying on his own experiences to gauge if someone is genuinely ready to change their life.

“Some of them just say the dog ran over the cat that killed the chicken that spat out the cockroach that ate the lizard that was gonna give me a lift home, I can’t come in today,” he said. 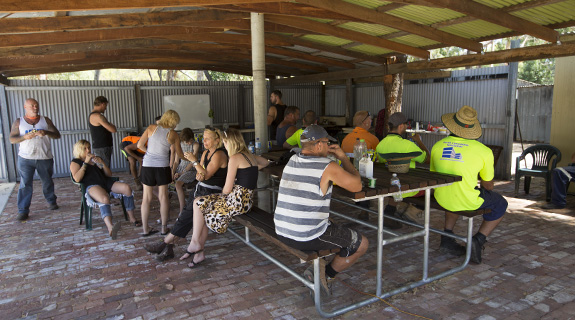 After 26 years spent in and out of prisons and institutions, starting with a stint aged nine after repeated escapes from care, Mr Lyndon-James said he was confident he could keep the centre running, as helping others to “be normal” had become the driving force in his life.

“As a kid, all I wanted was to be normal. I just wanted to go on family holidays, go to school. I can’t even remember sitting at a kitchen table having a meal with my parents,” he said.

“In the last five years we’ve gone from seven men to 33 men. We’re still 100 per cent self funded. I didn’t want to be a charity that rattles a tin. I don’t ask anybody for anything, I just do what I can.

“I’m going to be accountable for every dollar and be a really good steward for what I do, but the SAT stuff is not a concern to me. I know that it will all work out regardless.”