Regulation a blight on potato sector

WA wheat growers don’t want a regulated market, so why should potato growers be any different? 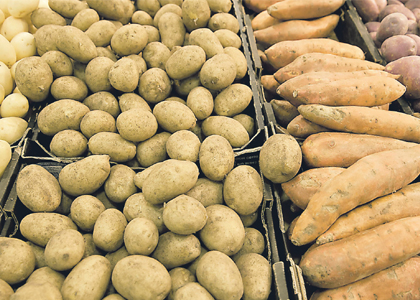 SPITTING CHIPS: From July 2011 to February the following year, retail prices for spuds in Perth were on average 18 per cent lower that other state capitals ... how’s that good for growers? Photo: Annaliese Frank

WA wheat growers don’t want a regulated market, so why should potato growers be any different?

THIS week I decided to sweep through the Western Australian parliamentary website, looking for tabled annual reports of interest; it’s true, I actually do this, occasionally.

I didn’t get far. I quickly stum­bled across the annual report of the Potato Marketing Corporation, the only monopolist statutory body remaining in WA, as far as I know, regulating any traditional agricul­tural production.

The PMC operates under an act that was legislated in 1946. Despite the absence of any potato famines or other obvious reasons for the tuber to be regulated, the act remains in force in this period of mass transportation by jet propulsion and handheld wire­less communication devices.

Its job is, among other things, to “regulate the production of ware (eating) potatoes so as to ensure the supply of quantities, kinds and qualities preferred by consumers in the state”.

It’s lucky we have the PMC to make sure we are looked after in the spud department; however even the corporation’s own report suggests it is struggling to meet these lofty goals - goals that are typically met by the market when it comes to other forms of land-based food production.

The key points below summarise the PMC performance this year. Key statistics for 2011-12 include:

Increase of $9.16/t in corporation

With these bleak results I thought I’d publish the rest of the 2012 annu­al report executive summary, which made me wonder again what value this state government body, and associated regulation, offered both industry and consumers.

“Sales levels were affected dra­matically by increased imports that continued even when the corpora­tion could supply to requirements. Competing with imports necessitat­ed both discounting and increased promotion costs that, in conjunction with rising corporation costs also impacted on returns to the grower.

“Based on the packout statements from the wholesale merchants, the quality in all pools did not signifi­cantly differ from the previous year. However, viewed over a four-year period it becomes clear that qual­ity levels remain unacceptably low and improvements will be needed to meet higher quality expectations established by retailers.

“On the broader macro-econom­ic and strategic horizon, changing industry structures, increased qual­ity demand and diminishing grower productivity over a period of years reinforce the need to implement industry reform. Growers will not be able to sustain continued years of poor returns and it is now urgent that changes be implemented.

“Implementation of the McKinna et al recommendations is the priority for the corporation and its industry stakeholders. The situation in WA is mirrored throughout the Western potato-growing world, and if the WA industry is to retain competitive advantage it will require a commit­ment to reform across the entire value chain.

“Inevitably such a commitment is required during a period of dimin­ishing returns to growers and this will necessitate a concerted effort from all parties.”

That is the end of the executive summary. The chairman’s statement included an explanation of a report by Melbourne-based consultant David McKinna, which was handed down a year ago: “The report sug­gested that the industry become ‘demand’ focused rather than ‘sup­ply’ focused”.

The annual report raised a number of issues including the fact that some growers were “overplanting”.

“The corporation also continued to focus on overplanting, with a small number of growers still not liaising with the corporation when they plant extra area,” the report said.

“All cases have been dealt with in accordance with the corporation’s overplanting policy.”

This doesn’t seem to be the only example of naughty growers break­ing the rules (or policies) by doing what they would presumably consid­er commercially sensible, or maybe even necessary.

It seems that being focused on the demand side is challenging those who prefer to look after the supply end first.

From an outsider’s point of view it

all sounds ridiculous. How many other farmers in WA are told by the state how much they can grow?

What is worse is that the costs of this McKinna report, which appears to state the obvious, are now being passed on to growers at a financially difficult time for them. PMC service costs were up more than 21 per cent to more than $50/t in a year when many growers were hit by poor weather.

For farmers who want to innovate and be more flexible, to have to pay someone to burden them with inflex­ibility is tragic. For years they have been told what varieties and how much of them they can grow. Have a look on the PMC website - there is actually an ‘Application For Transfer Of Domestic Market Entitlement’ form, which is intended to help man­age the quota system (DME) it has set in place. I’ll bet that has barely changed since 1946, except it can be downloaded in pdf format.

What is more surprising is that the corporation boasts that, from July 2011 to February 2012, retail potato prices in Perth were 18 per cent lower, on average, than those in other Australian state capitals.

“In the same period, Perth retail prices averaged 13 per cent lower than those in Adelaide,” the annual report said.

“This indicates that the regulated system in WA continues to provide potatoes at a reasonable or superior price to WA consumers.”

I am not sure many other ‘mar­keting’ organisations are lauded (by others or by themselves) for deliver­ing lower prices for growers.

In public statements earlier this year, the PMC said regulation was helping save WA producers from the glut hurting eastern states growers. No glut here, but prices are signifi­cantly cheaper. Work that out.

Reading this annual report you would certainly be thinking the PMC’s days are numbered; but I’ve heard that before.

Regulation appears to be delivering none of the stability, prices, quality or flexibility that a real market demands. A commitment to reform ought to start with getting rid of this anachronism. 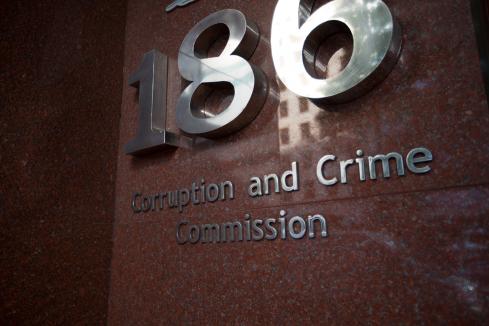