Reedy Lagoon has announced it has staked 112 new claims in the prospective Clayton Valley in southern Nevada, 10km from North America’s only producing lithium brine operation at Silver Peak. The company believes the new tenement package has potential to trap lithium brines within its salty underground aquifers, based on the region’s underlying geology. 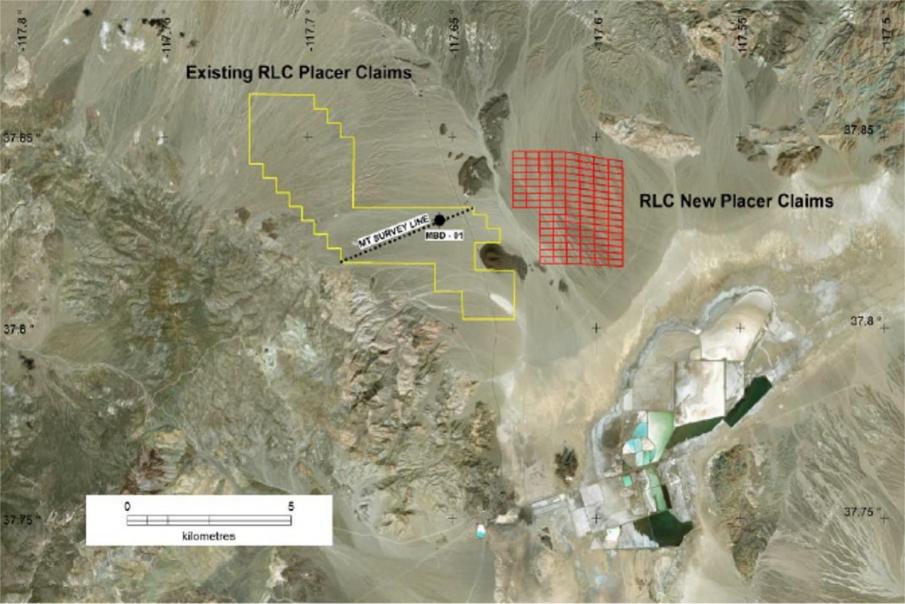 The company plans to undertake a program of geophysical surveys to evaluate the new ground holdings, once its claims are fully registered.

The broader Clayton Valley region is considered by Reedy to have significant exploration potential for the identification of lithium brines at depth, based on the area’s underlying geology.

North America’s only producing lithium brine operation at Silver Peak nearby, churns out about 3,500 tonnes of high quality, battery-grade lithium carbonate annually, which will ramp up to 6,000 tpa on the back of product pricing expected to exceed USD$10,000 per tonne moving forward.

At Silver Peak, Albemarle extracts lithium from underground aquifers beneath dry salt lakes that contain high contents of the metal, up to 0.03% lithium, dissolved in highly saline brines.

Salty groundwater is pumped to the surface and allowed to evaporate in a series of ponds surrounding the mine.

It takes up to 2 years from the time water is pumped to the surface to produce the valuable, sought-after lithium carbonate product used to produce cathodes in the manufacturing of lithium-ion batteries.

With lithium demand soaring already, it’s all about gaining an economic edge and this may well be the domain of the brine operators in time.

The US is certainly open for business, consistently listing lithium as one of that country’s strategic, critical commodities.

There will be no shortage of potential customers either, with Tesla’s Gigafactory just outside Reno, about 250km northwest of Reedy’s project area tenements.

Stakeholders will be watching the company’s progress with a keen sense of anticipation over the coming period, as it dreams of becoming the second lithium brine producer in North America.