The state government is considering broadening COVID-19 testing criteria as the number of confirmed cases jumped by 20 in Western Australia overnight, with Premier Mark McGowan admonishing those not adhering to social distancing guidelines. 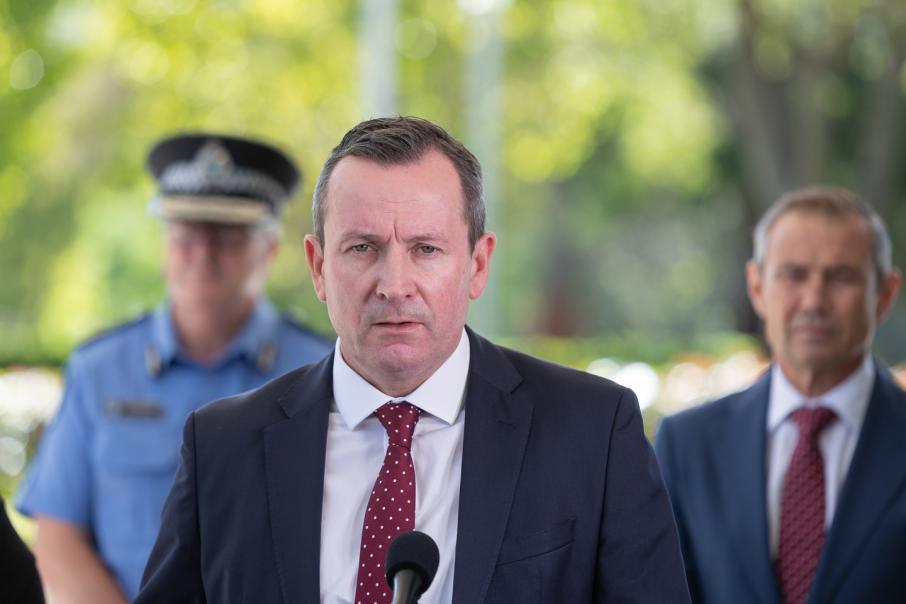 Mark McGowan says people not adhering to social distancing are creating risk for those vulnerable to COVID-19. Photo: Gabriel Oliveira

The state government is considering broadening COVID-19 testing criteria as the number of confirmed cases jumped by 20 in Western Australia overnight, with Premier Mark McGowan admonishing those not adhering to social distancing guidelines.

Speaking as the state government confirmed the closure of all areas of mass gathering today, Mr McGowan said it was a matter of life and death that people took social distancing measures seriously.

From midday today, pubs, restaurants and cafes will be restricted to takeaway and home delivery operations, while cinemas, gyms, places of worship, libraries, cultural institutions and other entertainment venues will be closed.

Mr McGowan said the measures, which he described as the most draconian policy in Australian history, were necessary to avoid the state’s health system from being overloaded.

“I know this is tough, I know this is confronting. I know I am asking a lot of everyone in our community, but I need everyone to do their bit,” he said.

“That means listening to the advice, following the rules and performing your civic duty as West Australians.

“Thank you to those people who are adhering to the social distancing measures, but unfortunately it’s not enough.

“Too many people in our community are disregarding the social distancing measures. By doing so they are not just putting themselves at risk, they are putting the lives of older and vulnerable Australians at risk.

“The majority are doing the right thing. To the minority, you need to listen to the advice. This is a matter of life and death.

“So I call on every West Australian to do the right thing, follow the rules, and if someone is ignoring them, call them out. Call them out, it is our duty as Western Australians.”

Mr McGowan acknowledged the devastating impact the restrictions would have on many sectors of the economy, but warned if social distancing did not occur, a more draconian regime would follow.

“My heart goes out to those people who have built up their businesses from scratch and now have their whole lives turned upside down because of a virus we’d never even heard of a few months ago,” he said.

“This stage of restrictions will change the West Australian way of life as we know it, and we might have to go even further.

“Stage two of restrictions, if we go down that path, will be more extreme and impact our lives even more.”

However, the premier said parents would be given the choice as to whether they sent their children to school.

“I understand many parents are concerned and want to keep their children at home at this time,” Mr McGowan said.

“For that reason, we will provide parents with choice. If parents decide not to send their kids to school we will not enforce the law that requires them to do so.

“But I stress, if parents do decide to keep their children home, parents must abide by all other laws and that includes all new social distancing rules that have been introduced."

Health Minister Roger Cook today confirmed the number of COVID-19 cases in WA had risen to 140, with the new cases mostly international travellers.

Mr Cook said seven of the new cases were travellers exposed on cruise ships, but provided no details on how the remainder were exposed, only saying the majority were international travellers.

In total, 9,948 people have been tested for the novel coronavirus in WA, with 1,283 tests conducted in regional areas.

“Our testing criteria is agreed to as part of a national criteria, but I appreciate that there is growing community concern, so I have asked the WA department of health to investigate a new testing regime with broadened criteria,” Mr Cook said.

“In order to do this they are urgently auditing supplies of all consumables, in particular swabs and PPE, to work out exactly how far we can extend that regime.”

Mr Cook also announced today that elective surgery and dental treatment at WA hospitals would be scaled back, to conserve face masks and other valuable personal protective equipment.

Also today, Mr McGowan said the state government had received a request from the cruise ship Magnifica, which has 1,700 passengers on board and 250 exhibiting symptoms of respiratory illness, to dock at Fremantle Port.

Mr McGowan said no passengers or crew would be allowed to disembark at Fremantle.

"This morning i contacted the prime minister and explained to Home Affairs Minister Peter Dutton that my priority is to protect West Australians," he said.

"I will not allow what happened in Sydney to happen here, we will not allow passengers or crew to wander the streets, this is a non-negotiable position.

"My first priority has to be protecting Western Australians."