Two very different sets of policies – one Australian, one Chinese – are disrupting what has been a very lucrative part of the property investment market. 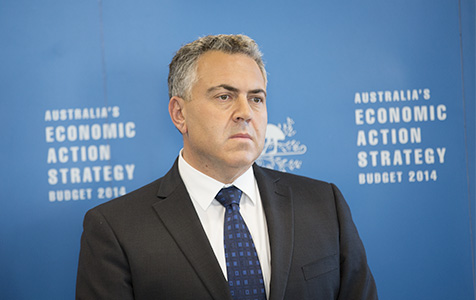 The brakes have been applied to Australia's real estate market just as it was beginning to challenge top-end property offerings in London, New York, and perhaps even Switzerland.

Treasurer Joe Hockey has done the unexpected by striking hard at the hip-pocket-nerve of a foreign tall poppy.

The decision stunned Sydney's prestige property agents, who'd assumed the deal hadn't overstepped Foreign Investment Review Board stipulations because it was in the name of an Australian company.

Not so, claimed the treasurer.

A spokesman for Mr Hockey said the deal was deemed illegal because the buyer, Golden Fast Foods, was a shelf company for Hong Kong-based Evergrande.

"If the company had sought FIRB approval it would have been rejected too because the rules are quite simple; foreign buyers are not allowed to purchase established property," the spokesman said.

Mr Xu has 90 days to sell the mansion, which has spectacular harbour views including the Sydney Harbour Bridge.

It's the first time in nearly a decade a treasurer has used FIRB rules to force the sale of foreign-owned real estate.

And Mr Xu's forced sell-off is unlikely to be the last.

Mr Hockey stressed that 'realistic evidence' of properties acquired outside FIRB rules will be examined.

"We definitely don't want to create an atmosphere of xenophobia or anything else," he added.

"We actually just want to be in a position where we maintain, preserve, and enhance the integrity of the foreign investment regime."

It also follows the government's recent decision to reduce the threshold for screening of foreign purchases of agricultural land, effective from March 1, to $15 million, down from $252 million.

"Forced selling is so shameless," a disgruntled Weibo user wrote.

"Is this what the Australian government means by respect?

"They should define respect.

"Australia should show respect to China."

Another was more lyrical.

"At the moment, Australia is like a crow standing on a pile of coal; it just sees the darkness of others and never looks at itself."

The Sydney Morning Herald wrote that the Xu acquisition had set: "a new record for non-waterfront real estate in Australia, eclipsing the $32.4 million paid in 2008 for the nearby mansion Craig-y-Mor, which was bought by Chinese princeling, Zeng Wei, and his wife Jiang Mei."

Given Mr Hockey's recent announcement, therefore, there's a strong likelihood that more foreign buyers of prestige property will come under the microscope of Australia's FIRB.

Cases such as Mr Xu's that contravene FIRB rules present an entirely different challenge to another in the pipeline, however.

I am referring, of course, to the little-publicised December 29 2014 report carried inChina Daily (USA), ministry of justice official Zhang Xiaoming, who said: "The People's Bank of China is in discussions with the US Financial Crimes Enforcement Network, a bureau under the US Treasury Department that monitors financial transactions to fight crime."

That report went on to claim that Beijing had made contact with Australian officials.

"The central bank will also sign a similar agreement with the Australian Financial Intelligence Unit to monitor the suspicious flow of such assets," Mr Zhang added

This means some Chinese investors here, in property or other areas, may eventually be confronted to explain their Australian investments, despite having passed FIBR regulations.

China has been undergoing a nationwide anti-corruption crackdown since President Xi Jinping took office in 2012.

Dozens of high officials and private sector figures have been arrested.

And last year, President Xi's campaign was broadened to chase those who'd either fled China or were known to have transferred big or small fortunes overseas.

According to figures released by China's Academy of Social Sciences, between 1990 and 2011 more than 18,000 so-called corrupt officials had fled China, transferring funds up to 800 billion yuan ($US128.5 billion).

Among other things, this indicates the low regard suddenly wealthy citizens have for their motherland's legal system and their disdain for Beijing's longstanding disregard for private property.

Having a sizeable portion of one's or one's family's assets in overseas bolt holes, including as prestigious property in say the US, Canada, London, Switzerland, or Australia, until now, has understandably been seen as a sensible option.

Canberra is therefore set to having to undertake two quite distinct types of investigations.

The FIRB reversal of Mr Xu's purchase of one of Sydney's most spectacular properties is one thing. But the coming investigations stemming from Beijing's allegations arising from China's outflow of nearly $US130 billion between 1990 and 2011 will be quite another.