Political profile a plus for councils

Whether as a stepping stone to higher duties or a role post-politics, local government provides an opportunity to serve. 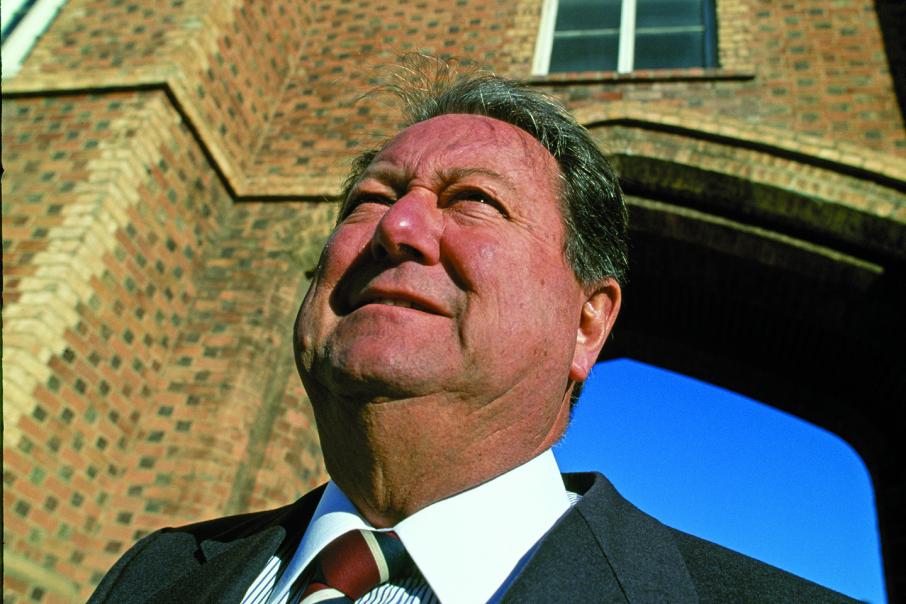 Reg Withers was a councillor at the City of Bunbury, a federal politician, and later lord mayor of Perth. Photo: State Library of Western Australia 135240PD

Candidates for local government might not carry formal political party endorsement when they contest council elections, but their political links in many cases are barely below the surface.

Premier Mark McGowan leads a long list of federal and state politicians who took their first tentative steps to enter public life by seeking election at the local level.

And the traffic goes both ways, with many former MPs becoming involved in council affairs after their political careers ended.

Mr McGowan was elected to the City of Rockingham in 1994, and served as deputy mayor before moving to state parliament in 1996. The local government exposure was invaluable for the ambitious young naval lawyer, who grew up in NSW.

Another former Labor premier, Geoff Gallop, cut his teeth as a Fremantle councillor before his election as Victoria Park MP in 1986.

When it comes to the prestigious position of lord mayor, the opposite has applied. No post-WWII office holders have gone on to more senior levels, but two federal ministers have filled the post after their Canberra days.

The first was Sir Fred Chaney, a minister for the navy in the Menzies government, who was lord mayor of Perth from 1978 to 1982. Sir Fred was the last holder of the office to be knighted, an honour that had become a tradition (with a few exceptions) under coalition governments.

But the practice faded through the 1980s as Labor governments held sway in Canberra and Perth, and with the growing acceptance of the Australian honours system introduced by the Whitlam Labor government in the early 1970s.

When another former federal Liberal minister, Reg Withers, became Perth’s lord mayor in 1991, knighthoods were a thing of the past. Mr Withers, who earned the nickname ‘the Toecutter’ for his tough approach as Liberal Senate leader, served just one term.

Mr Withers told me that, when canvassing support for his election, one potential backer had asked: ‘Why are you running, what’s in it for you?’

Mr Withers, who lived opposite Parliament House, replied that the council needed some stability and experience at the top, and there was nothing in it for him personally.

There has also been family involvement. Mr Withers defeated the incumbent, furniture retailer Chas Hopkins, whose niece, Michelle Roberts, was a future deputy lord mayor and the current police minister.

Mr Withers had been a councillor at the City of Bunbury before his political career and his father, Fred, had been Bunbury mayor (1951-55) and the local Labor MP (1924-47). Reg Withers’ son, Simon, was mayor of the Town of Cambridge for eight years, losing in 2015 after a voter backlash against his push for greater housing diversity.

Reg Withers’ deputy lord mayor at one stage was former Communist Party union leader Jack Marks, who had switched to Labor. Mr Marks became the first mayor of the City of Vincent.

Retailers figured prominently in earlier lord mayoral polls, including Sir Harry Howard (1955-64) and Sir Thomas Wardle (1967-72), who both had shops in central Hay Street. Sir Harry, who led the successful campaign for the 1962 Commonwealth Games in Perth, had the Wyper Howard electrical store, and Sir Thomas had his main Tom the Cheap shop in the old Sandovers building.

Labor’s Alannah MacTiernan, who was a city councillor with Mrs Roberts, has served in all three tiers of government. She was first a member of the Legislative Council (1993-96), then successfully stood for the lower house seat of Armadale, before resigning for an ultimately failed bid to win the federal seat of Canning.

Ms MacTiernan became mayor of the City of Vincent, served one term as the federal member for Perth, and is now back in the upper house.

During her time as planning and infrastructure minister, Ms MacTiernan drove policy to make sure the Mandurah to Perth railway entered the city via the Kwinana Freeway and Narrows Bridge, which led to the first CBD rail tunnel and underground station.

Another former City of Vincent mayor, John Carey, is the state Labor member for Perth and a parliamentary secretary. He is a likely minister should the McGowan government win a second term.

Labor’s Fred Riebeling was Roebourne Shire president before becoming a state MP and speaker of the Legislative Assembly (2001-8). He was appointed commissioner for the Town of Port Hedland last year after the council’s suspension.

Paul Omodei was president of the Shire of Manjimup before becoming the member for Warren in 1986. He was a minister in Richard Court’s coalition government and later opposition leader (2006-8) before being ousted by Troy Buswell, who was president at the (then) Shire of Busselton and then the member for Vasse in 2005.  Mr Omodei quit state politics but later won back his old job as shire president.

John Bowler, a minister in the Gallop and Carpenter Labor governments who left the party after a row involving a committee report, retired in 2013 as an independent. A strong critic of the fly-in, fly-out policy in the resources sector, he is now the mayor of the City of Kalgoorlie-Boulder.

George Gear was a federal Labor MP for 13 years, including assistant treasurer from 1993-96. He is now mayor at the City of Melville after a spirited election dominated by the threatened extensions to Roe Highway.

The fourth is Albert Jacob, environment minister in Colin Barnett’s government who has returned to the City of Joondalup as mayor. And former Cottesloe MP Bill Hassell, who led the Liberal Party in the 1986 election at which Labor, under Brian Burke, was returned, and has been a long term critic of increased residential density, was deputy mayor at the City of Nedlands.

Local government office is not a prerequisite for being the state minister in that portfolio, but it seems to help. The current minister, David Templeman, is a former City of Mandurah councillor (1994-2001) and deputy mayor. The previous Liberal ministers, John Castrilli (City of Bunbury mayor 1997-2005) and Tony Simpson (Shire of Serpentine Jarrahdale councillor 2001-4) were weighed down in office by the Barnett government’s unpopular policy to amalgamate metropolitan councils.