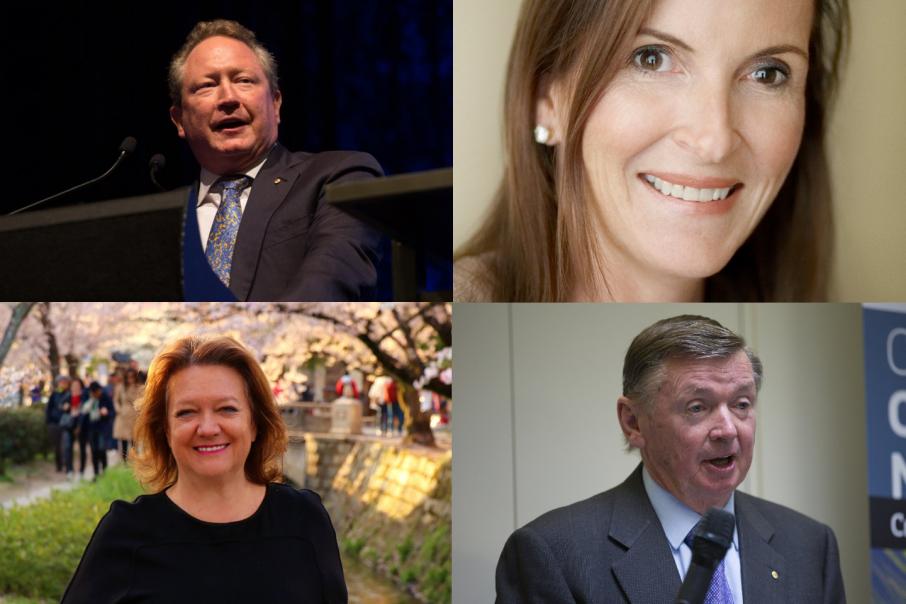 WA’s second largest charitable trust is the McCusker Charitable Foundation, which has total assets of $98 million.

That figure was reached after Malcolm McCusker quietly contributed $100.1 million in 2017, after registering the foundation as a charity in March of that year.

The establishment of the foundation formalised a pattern of personal charitable donations by Mr McCusker, his late father Sir James, and his sister Carolyn over many years.

A spokesperson said Mr McCusker’s $100.1 million contribution was designed to ensure the foundation could continue to make donations after his death.

In a similar vein, the late Stan Perron ensured his namesake foundation would continue for many years.

With Perron Group having $4 billion in net assets and a profit last year of $299 million, the trust is poised to make a huge difference to philanthropy in WA.

Responsibility for leading the trust rests with the founder’s daughter, Elizabeth Perron.

Mrs Rinehart is Australia’s wealthiest woman and supports multiple charities and community groups, although the extent of her giving is unknown.

She has been a major backer of swimming, volleyball, rowing and other non-contact sports, has donated to charities including Parkerville Children and Youth Care, and supported breast cancer research.

Some of this giving has been through her businesses, including Hancock Prospecting and Roy Hill Holdings, while other donations have been through the Rinehart Family Medical Foundation.

The foundation’s latest financial report shows it had total assets of $73 million at June 2017.

However, this was down from $258 million one year earlier, after the foundation took the extraordinary step of refunding Mrs Rinehart’s single largest contribution of $175 million.

That contribution was earmarked for a hospital in Darwin but was refunded, with interest of $14 million.

The foundation’s annual report said this followed a change of government in the Northern Territory.

“Given the size of the donation, the specific purpose for which it was made, and the apparent lack of appetite by the NT government to build the hospital, the foundation offered to return the donation to the donor,” it stated.

Minderoo has not just expanded its assets – its donations increased last year to $56 million from $16.7 million previously, according to its annual report.

Projects and causes it supported include the Forrest Hall building at the University of Western Australia, university scholarships, an anti-cancer initiative and a partnership with Telethon Kids Institute.

It has also recruited former banker Andrew Hagger as its chief executive, following growth in staff numbers to 72.

The growth in donations meant Minderoo has overtaken Channel 7 Telethon Trust as the largest philanthropic foundation listed on the BNiQ database (which is ranked by funds distributed).

The Telethon Trust distributed $24.5 million to charities in the year to December 2017, down slightly from $27.3 million in the prior year.