Northern Minerals is ramping up the development of its Browns Range heavy rare earths project near Halls Creek, WA, by purchasing an ore sorting module to upgrade mill feed, potentially doubling the ore grade and reducing operating costs. The company recently obtained commitments for a $30 million placement split into three roughly equal tranches, the first of which totalled $11.9m and was received last week. 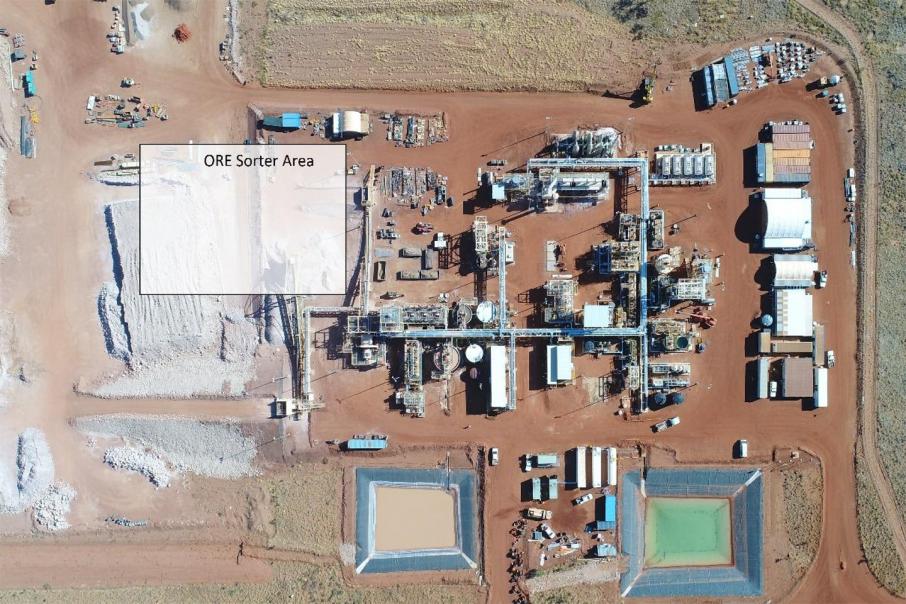 The company said last October that it had completed trial ore sorting on five of its existing run-of-mine stockpiles at Browns Range, which provided improvements in the plant’s efficiency and value recovery of heavy rare earth materials via metallurgical test work.

Northern Minerals has paid a deposit on the chosen machine, which is already stocked in Perth and hence, has secured the equipment to avoid any time lag or delays in transporting it to site.

The company has already set aside an area of the plant’s footprint for the installation of the ore sorter and is working with regulators to obtain the necessary approvals, with erection and commissioning of the equipment timetabled for mid-2020.

Nexus Bonum previously completed the company’s feasibility study for the ore sorting system for the pilot plant at the rare earths project.

Northern Minerals Managing Director and CEO George Bauk said: “Following the recent capital raising, we have moved quickly to progress this critical piece of equipment that has the potential to be a game-changer for the project.”

“Higher grades going into the plant would result in higher production rates and lower operating costs, a double win in terms of proving the economics of the Browns Range project.”

The company recently obtained commitments for a $30 million placement priced at 6.2 cents per share split into three roughly equal tranches, the first of which totalled $11.9m and was received last week.

Management previously said that ore sorting at Browns Range could be a boon for the project, with testing improving the mill head grade to 2% total rare earth oxides using the technology.

Northern Minerals is also carrying out further exploration across the Browns Range to potentially increase the project’s mine life.

The ore sorting and exploration initiatives are being driven by an increased interest in the company and the project, due to the ongoing trade tensions between the US and China, with the latter being the world’s largest producer of processed rare earths.

In fact, US President Donald Trump issued numerous executive orders in July on behalf of that country’s Department of Defense, outlining that a “domestic production capacity for heavy rare earth elements, rare earth metals and (their) alloys was essential to the national defense”.

Mr Trump also decreed: “Further, purchases, purchase commitments or other actions pursuant to the Defense Production Act are the most cost-effective, expedient and practical alternative method for meeting the need for this critical capability”.

Given that the US mainland has limited rare earth element mineral occurrences, external supplies of raw or processed materials will need to be sourced from elsewhere.

This has the potential to open up options for Northern Minerals and others in the rare earth exploration, mining and production sector worldwide.

The company’s decision this week to purchase an ore sorter and appoint Nexus Bonum to oversee its installation at Browns Range is a positive step for Northern Minerals, particularly as demand for heavy rare earths is likely to remain critical and China may yet decide to squeeze supplies further.