Global company Nystar will pay $6.6 million to buy a major stake in Subiaco-based Ironbark Gold, and has agreed to a life-of mine offtake deal for the latter's Citronen lead-zinc project.

Global company Nystar will pay $6.6 million to buy a major stake in Subiaco-based Ironbark Gold, and has agreed to a life-of mine offtake deal for the latter's Citronen lead-zinc project.

Under the deal, Ironbark will place 52.8 million new shares with Nystar to raise $6.6 million, giving the zinc producer and lead processing company a 19.9 per cent stake.

The shares in the placement were priced at 12.5c each.

Nystar was established through the merger of Oxiana and Zinifex, now Oz Minerals, and was then merged with smelting the smelting business of Belgium group Umicore.

As part of the placement deal, Nystar chief commercial officer, Erling Sorensen, will join the board of Ironbark.

Ironbark today said Nystar will buy 35 per cent of the production from the Citronen deposit in Greenland. Commercial production at the project is expected within the next three to five years.

Shares in Ironbark Gold surged after it announced that Belgian smelting giant Nyrstar would acquire up to a 19.9 per cent stake in the junior base metals explorer via a $6.6 million share placement.

- Ironbark agrees to grant Nyrstar a life of mine off-take agreement in relation to 35% of the production from the Citronen deposit in Greenland,

- Nyrstar believes the Citronen zinc-lead project has the potential to become one of the world's most significant zinc mines within 3-5 years, and

Australian base metal focussed exploration and development company Ironbark Gold Limited (ASX: IBG) ("Ironbark" or "the Company") has reached a significant milestone in the development of its wholly owned Citronen lead/zinc project ("Citronen") in northern Greenland through the execution of a significant equity/ off-take agreement with Nyrstar NV ("Nystar"), the world's largest zinc metal producer and one of the world's largest primary lead smelting and refining companies.

Under the terms of the binding agreement Ironbark has agreed to a two tranche placement that once completed will see Nyrstar hold 19.9% of the issued capital in Ironbark. Combined the placement to Nyrstar will see Ironbark issue 52,843,559 new shares and raise A$6.6M, with the funds raised to be applied to towards the completion of a Bankable Feasibility Study (BFS) at Citronen.

Ironbark has also granted Nyrstar a life of mine off-take agreement in relation to 35% of the production from the Citronen deposit, once commercial production commences which, depending on market conditions, could be achieved in the next 3 to 5 years.

Ironbark is dedicated to developing a major base metal mining operation at the wholly owned Citronen project and considers that this strategic agreement with Nyrstar will prove to be a major development in the Company's production plans.

"Not only has Nyrstar made a significant financial investment into Ironbark, but they have also confirmed our development plans for Citronen through the signing of a life of mine off-take agreement for 35% of the production from the deposit.

"Nyrstar has indicated that they believe the Citronen zinc-lead project has the potential to become one of the world's most significant zinc mines, comfortably placed on the cost curve and well positioned to supply its European smelters for years to come," Mr Downes added.

As part of the equity placement, Mr Erling Sorensen, Chief Commercial Officer of Nyrstar, has joined the Board of Ironbark. In addition, Ironbark has sought approval from the Australian Securities Exchange to grant Nyrstar a non-dilutive pre-emptive right that would allow Nyrstar to participate on a pro-rata basis in any future capital raisings in order to maintain its relative shareholding.

Further information regarding the placement will be set out in a Notice of Meeting which will be forwarded to Ironbark shareholders shortly. 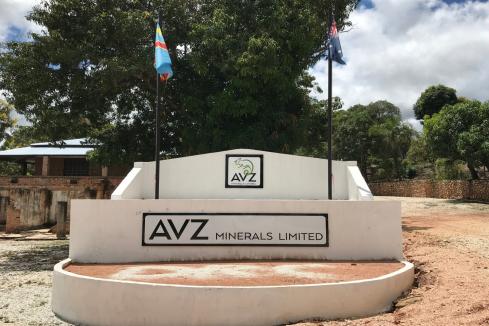