No major reform means no AAA

A top WA economic commentator can’t see a way back to AAA any time soon. 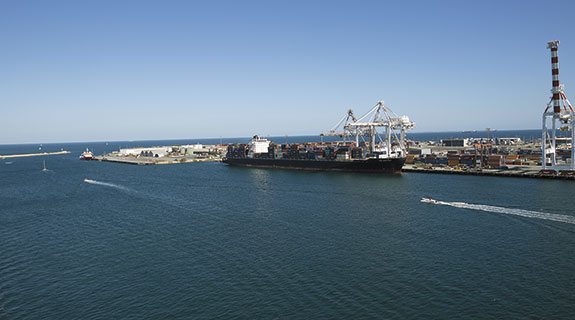 A top WA economic commentator can’t see a way back to AAA any time soon.

One of Western Australia’s leading economists has painted a grim picture of the state’s finances, warning that it could be years before the AAA credit rating is regained unless significant reforms are implemented.

Chamber of Commerce and Industry WA chief economist John Nicolaou believes the AAA rating could be gone for a long time.

“I can’t see the triple A being restored at least for the next decade, and potentially a generation,” Mr Nicolaou told Political Perspective.

“The political process is such that big reforms are difficult, and big demographic changes, such as ageing, will only add to the cost of government activities, given that the states in particular, are responsible for implementing community services.

“Financial pressure for extra services can’t be resolved through the status quo. That means the budget will continually face the pressure of rising expenditure, especially linked with health services.

“The tax burden is already high, so the only solution is to run continual deficits or raise taxes, which is untenable as it stunts growth.

“The true solution has to be government reforming itself. It must look at service delivery and answer what should government focus on in the 21st century and what activities can be contracted out, sold off, or stopped?

“We need a government brave enough to tackle that problem. This is all the more challenging in an environment where the political process is making it more difficult to progress genuine economic reform, at both the state and federal levels.”

Mr Nicolaou’s sober assessment of the economic landscape takes into account the predictions of Premier Colin Barnett, and Treasurer Mike Nahan, that the record budget deficit forecast for next year ($2.7 billion) will be followed by a quick recovery. Increased GST payments to compensate for the slump in royalties, and an optimistic view of the iron ore price, will be key factors.

But the lead weight in the financial saddlebags will be mounting state debt. No quick turnaround here, and the interest bill for servicing the debt is tipped to top $2 billion next year alone.

“The opportunity cost of the $2 billion interest bill is significant,” Mr Nicolaou said. “You could pay for a stadium in one year, based on that interest bill.”

So, barring an economic miracle, the government can forget about regaining the AAA before going to the polls in March 2017. Expect Labor to hammer that point ad nauseam.

In fact the opposition has already launched a statewide radio advertising campaign, paid for by crowd funding. The days of the $250,000 cheques from Alan Bond, John Roberts and Laurie Connell, are long gone. This is real grassroots stuff.

But Mr Nicolaou says the recent NSW election has shown that voters will reward genuine reformers who show leadership and take the public with them.

He described the Barnett government’s decision to sell the Fremantle port as positive, adding: “They need to sense the crisis unfolding at a state level with regard to finances, and react accordingly”.

THE clear winner of the plain speaking award is Treasurer Mike Nahan, for being the first politician in 10 years to be frank about the future of Royal Perth Hospital. Everyone else has fudged the issue.

“We received advice that fixing it up could be more costly in an operating sense than tearing down and replacing it,” he said. “If you design a modern hospital from scratch they’re much more efficient and effective than an old one that’s been built in a hodge-podge manner.”

The role of RPH, for many years Perth’s premier hospital, has been in doubt since the Reid Report in 2004 supported Sir Charles Gairdner Hospital becoming the major tertiary centre north of the river.

“It is important to note that if this option is pursued, an inner-city see and treat centre would be established at the existing Royal Perth Hospital site,” the report said.

But that’s where things started to become murky. Labor in government declined to bite the RPH bullet, and attention was directed towards the new mega hospital to be built south of the river at Murdoch, now known as Fiona Stanley Hospital.

The Liberals filled the vacuum at the snap 2008 election, promising to ‘save RPH’ if elected. It worked. The party won the new marginal seat of Mt Lawley, and added Perth in the 2013 election.

Labor eventually came on board to ‘save’ the hospital, but committing to its refurbishment was continually deferred, including in Dr Nahan’s recent budget.

The Reid Report added that in the long term (20 years), another adult teaching hospital might be justified in the northern corridor.

In the interests of efficiency, however, it might be pertinent to ignore the predictable howls of horror and adopt Dr Nahan’s suggestion. Did anyone mention heritage?