A startup founded in Perth has attracted former prime minister Malcolm Turnbull as an investor as it targets a planned unicorn valuation within three years. 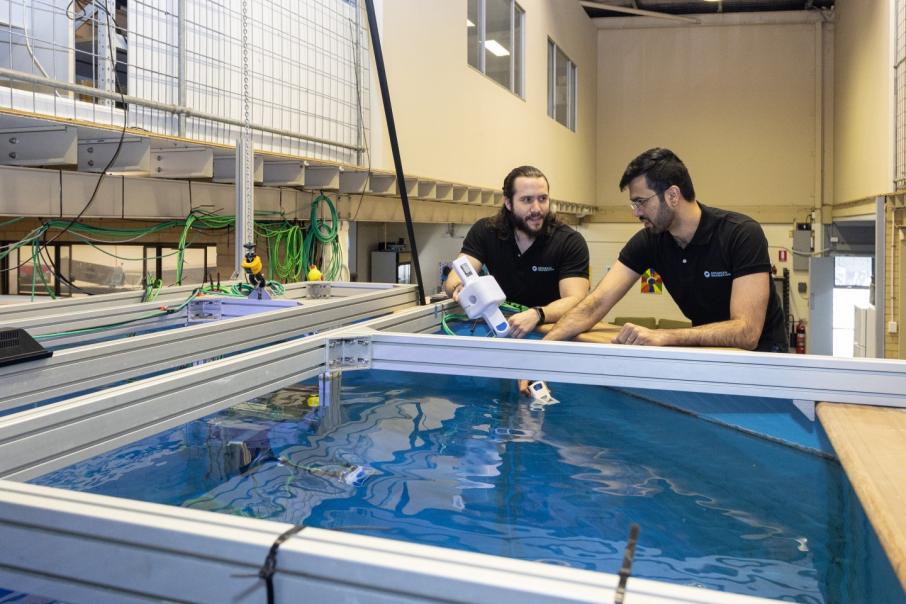 A startup founded in Perth has attracted former prime minister Malcolm Turnbull as an investor as it targets a planned unicorn valuation within three years.

Although it is now headquartered in Sydney, the company operates a major research laboratory in Osborne Park, with 35 employees.

Co-founder Xavier Orr first encountered the application of machine learning in navigation when researching at university in the late 2000s.

“It hadn’t been updated in all those years, even with changing technology,” he said.

“Inertial navigation is where you use a motion sensor to figure out your position, your velocity and your orientation.

“It gives you situational awareness.

“Every robot needs one of these … to control [movement].”

Mr Orr teamed up with other young Western Australians to create the business, including Chris Shaw, who serves as joint chief executive officer.

To gather the enormous amount of initial data needed to train the system, Mr Orr had driven across the Nullarbor twice in 2009 with equipment on his car.

“You use sound waves.”

About 95 per cent of Advanced’s revenue came from exports, Mr Orr said.

Towards the end of 2019, the company raised $22 million, including from Mr Turnbull.

At the time, Advanced was valued around $100 million, Business News understands.

An IPO is loosely planned for about three years, Mr Orr said, with a target to hit a unicorn valuation of $US1 billion first.