ANNIVERSARY SPECIAL: A return to its original branding is indicative of construction veteran Multiplex’s standing in the WA marketplace and solid client relationships. This article is part of a special series to mark Business News' 25-year anniversary. 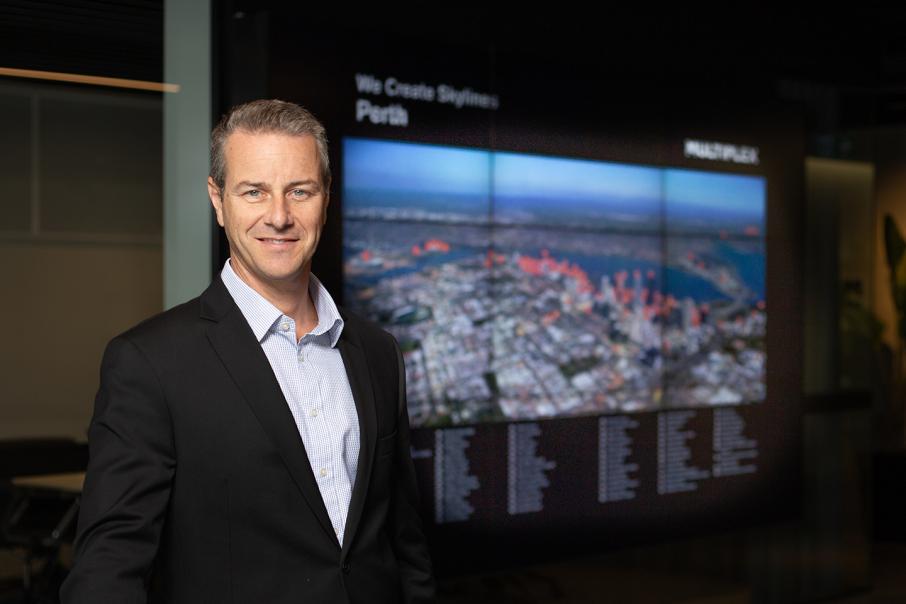 Chris Palandri says the most stable period of the business has been under the Brookfield watch. Photo: Gabriel Oliveira

ANNIVERSARY SPECIAL: A return to its original branding is indicative of construction veteran Multiplex’s standing in the WA marketplace and solid client relationships. This article is part of a special series to mark Business News' 25-year anniversary.

Founded by John Roberts in Perth in 1962, Multiplex has arguably had more influence on the development of Perth than any other company.

As one property industry veteran said of Multiplex, in the 1980s and 1990s it was considered bad manners in Perth to give construction contracts to any of Multiplex’s rivals.

Under Mr Roberts’ leadership, Multiplex expanded across Australia, to the Middle East and South East Asia, and launched its own development arm.

In 2003, Mr Roberts was executive chairman and his son Andrew Roberts managing director, when Multiplex listed on the ASX as a diversified property company encompassing a property trust of investment assets and its development and construction businesses.

Seeking to replicate the success of the stapled securities of Mirvac Group and Stockland Property Group (with income from property investment complementing the more volatile development and construction income), Multiplex operated strongly until it encountered problems building the new Wembley Stadium in London.

Multiplex said it would build Wembley Stadium for £326 million but the end result was closer to £757 million and almost two years behind schedule. Multiplex reported a loss on the Wembley project of $364 million before tax in 2006.

In June 2007, Brookfield Asset Management acquired Multiplex in a cash deal worth about $4.2 billion. In 2010, the company was officially branded Brookfield Multiplex, but rebranded to its original Multiplex in 2016.

Multiplex regional managing director Chris Palandri, who oversees the company’s operations in Western Australia, has been with Multiplex for 28 years and is well placed to evaluate these changes.

He believes the company holds a strong position within the Brookfield empire.

“We went from a private company, to a public company, to being privatised as a small part of Brookfield, and in that journey the most stable period of the business has been under Brookfield,” Mr Palandri said.

Mr Palandri said although Multiplex was in a stronger position under Brookfield’s watch, it remained cognisant of its history and the influence of John Roberts and his family.

“The business was never going to turn into what it did without John Roberts – that entrepreneurial spirit, charm the birds from the tree, those relationships he built.

“We couldn’t have got to where we are now without his influence over the business.

“What he did is he put it in such a good position to be able to go on, and ultimately be attractive to Brookfield, and grow into the global construction business that we are now.”

Multiplex is once again an independent contractor, and although fed work by its parent company, it has to compete like any other construction firm.

“In terms of our client base we would have three projects under construction with Brookfield in Australia, which would be about 10 per cent of our workbook in Australia,” Mr Palandri told Business News.

“Our client base around Australia is super funds, governments, the privates, but most of our work comes from repeat clients because they like working with someone that gives them good project outcomes.

“In the past 25 years alone, Multiplex has completed around 100 projects in Perth and WA and about 50 per cent of them are for repeat clients.” 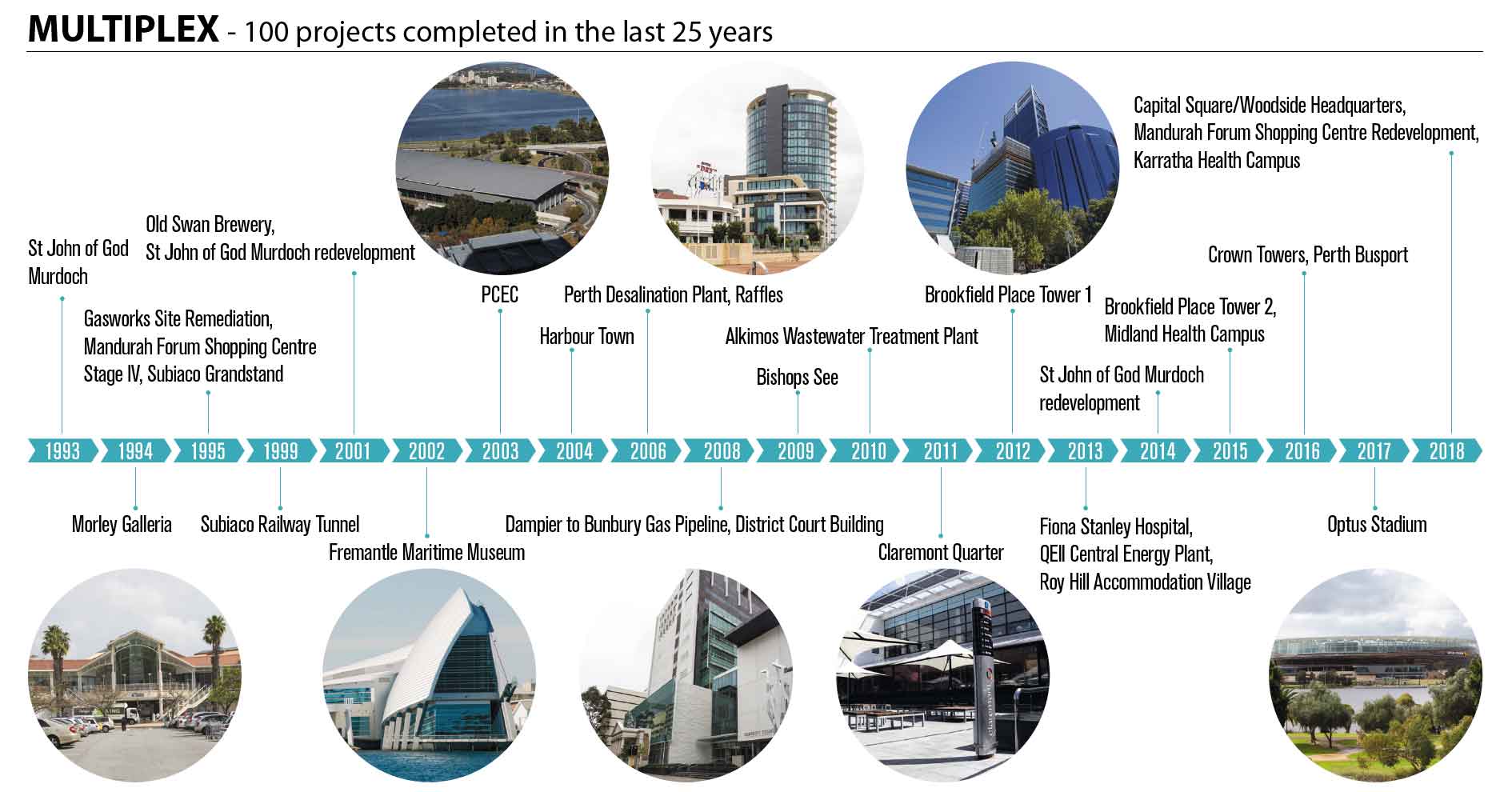 At a time when there have been some high-profile issues with major construction projects in Perth, Multiplex has again risen as a dominant force.

“In the past decade we have delivered about $7 billion of projects and not one dollar of that work has been delivered late,” Mr Palandri said.

“And you are talking about the biggest and most complicated projects in WA – Fiona Stanley Hospital, Crown Towers, the stadium – all big, bespoke, unique projects for WA that everyone was worried couldn’t be built by the market, let alone an individual builder.

“All this at a time there has been a litany of projects around regional and metropolitan WA that have encountered difficulties.

“That is why the business keeps regenerating itself, because we keep delivering on our promises, and clients ultimately value that.

“It’s not just the dollars, although we are highly competitive, it makes everyone’s life so difficult if a project is late because the knock-on effect to your purchasers, your tenants, retail tenants, whoever it may be, are so significant.

Multiplex remunerates its teams with incentives partly based on client advocacy and satisfaction, which Mr Palandri said contributed to Multiplex maintaining its strong reputation in WA and other parts of the world.

“The two most important things for us are to deliver the project safely, which takes precedence over everything,” Mr Palandri said.

“Then [comes] delivering on our promises to our clients, such that at the end of the project the client is our key advocate, so we will get a testimonial from them or if somebody is speaking to them they will say good things about us.

“If we get to the end of a project and the client doesn’t have good things to say about us and our team and our delivery and our communication, then we have failed.

“The market is so small we have to win our fair share of projects to be able to sustain a business, and we can’t have situations where clients are not supporting us.” 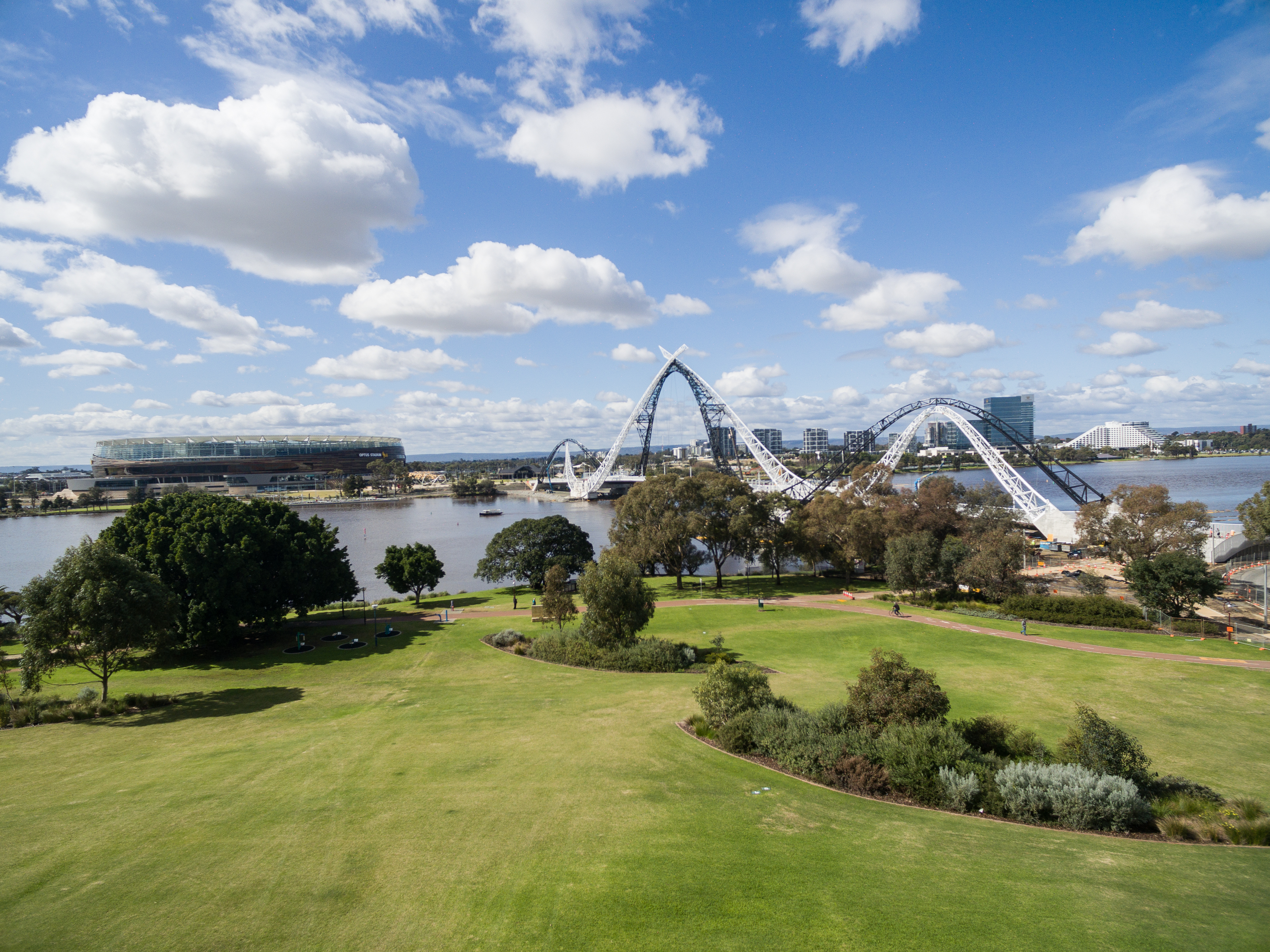 The new stadium and the Crown Towers development are among Multiplex’s recent projects. Photo: Gabriel Oliveira

In WA at least, Multiplex also leverages its strong long-term relationship with the local sub-contracting sector, offering continuity of work and getting familiarity and quality in return.

Mr Palandri gives an example of one of Perth’s leading electrical subcontractors, which has been in business for 52 years.

“In that 52 years about 60 per cent of their business has been with us and I could point to a lot of other examples like that,” Mr Palandri said.

“They know how we work, they know they are going to get paid on time so we don’t end up in litigation, they know how the contract works and it is just smooth.

“It helps us win business, it helps us deliver projects, it helps the client, and we continue to build the reputation.”

The use of Multiplex branding has returned the group to its WA roots, and Mr Palandri said although Multiplex was a global company, its original home state remained an important cog.

“The history is important and everybody understands that, so when we rebranded from Brookfield Multiplex back to Multiplex, primarily so we could identify ourselves against all the other Brookfield businesses, that was a good thing to reach back into history to the old branding,” he said.

The counter-cyclical nature of Perth’s property sector has also assisted in Multiplex’s WA staff members broadening their experiences in other regions, as well as providing opportunities to Multiplex staff around the world.

“Now we are doing it the other way around, so a lot of the key positions on the Westmead Hospital project in Sydney are filled by WA people who worked on Fiona Stanley. We really work as a team with really great collaboration.

“During the times while we have been downscaling and have needed less people, we have sent people to Sydney, Melbourne, Canberra, India, the UK and the Middle East. The only place I haven’t sent anybody yet is Toronto.

“We have about 60 Perth people elsewhere in the company, so the WA business is viewed pretty well.”