Labor needs to have a serious discussion about its fiscal failings if it is to attract new members. 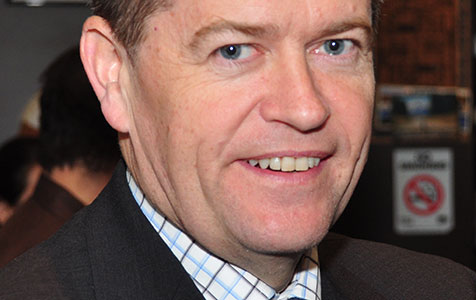 A truly strange, but rarely elaborated upon, feature of Australian politics is the recurring issue of reform of the Labor Party.

I once kept tabs on Labor’s membership level, but have ceased this practice because it has become so dispiriting.

Membership has been sliding for decades and all the signs are that this entrenched trend will continue, particularly with leaders like Bill Shorten.

There are, no doubt, many reasons for the slide, apart from Labor lacking inspiring leadership.

Among the most crucial, and one that’s rarely highlighted, is the prevailing attitude towards tax.

Australians today are heavily taxed, more heavily than ever; and they know it.

Yet the only thing one ever hears from well-salaried state or federal Labor MPs, and compulsorily funded union officials, are calls for ever-more spending, which means more taxes.

The average Aussie intuitively grasps this, so why would they be inclined to join an organisation that proposes digging deeper into their pockets?

However, running counter to the decline in Labor Party membership, and union membership overall, is activity in the public sector unions, particularly in Canberra with its heavily bureaucratised workforce.

One doesn’t need to be Copernicus to grasp that equation.

The former had a taxpayer-paid tertiary education, joined the federal public service, and later headed the office of former Queensland premier Wayne Goss.

She had a taxpayer-funded tertiary education, led the Australian Union of Students, convened the Socialist Forum, joined union-focused lawyers Slater & Gordon, then, like Mr Rudd, headed-up a Labor leader’s office.

What did these two leave us?

I’ve not highlighted the cost of processing and housing the 50,000 or so illegal boat arrivals – somewhere above the $10 billion mark.

And both have walked off leaving taxpayers with a million dollar ongoing annual bill, called a prime ministerial pension and benefit, meaning secretary and costly inner-city offices for life, plus sizeable outlays on taxpayer-funded travel.

Understandably, none of this is inspiring fodder for anyone presently outside Labor’s ranks.

What makes this even more demoralising are calls by other beneficiaries of similar taxpayer largesse for Labor reform without as much as a hint of slashing public spending and taxes.

Only this month another reform group, calling itself Open Labor, surfaced.

And soon after came something called OurLabor, that’s apparently still just a website.

Interestingly, its spokesman is Tom Bentley, described as ‘until recently Julia Gillard’s deputy chief of staff’.

And, yes, a Rudd staffer, speechwriter James Button is also there, making it look very much like a re-run of Mr Rudd’s and Ms Gillard’s pasts.

What does Mr Bentley say Open Labor will offer?

“It would bring together those who wanted to democratise the party and disempower the factions,” he said.

“The Labor Party needs to challenge itself and renew its culture.

“Factions have a role but Labor has been over-reliant on the factions.

“Labor’s culture has been too focused on internal power struggles and through remaking that culture, the whole of the Labor Party will benefit.”

If that’s the best he and Open Labor’s three ex-premiers can offer, their medicine is simply more of the same.

None of Open Labor, Local Labor or OurLabor has highlighted the desperate need to slash public spending, trim taxes, and lessen the burden of government.

In other words, nothing has changed.

All their talk is like putting lipstick on a piglet.

I recall listening to onetime Labor finance minister, ex-Senator Peter Walsh, at a WA Labor conference years ago telling delegates on the last day that he’d assessed all motions they’d passed and not one called for spending cuts.

Nothing has changed in 30 years.

Where’s a Peter Walsh-type character when Labor needs him/her more than ever?