Aiming high is a noble goal, in science and in business, but the journey becomes perilous if the fundamental building blocks aren’t in place. 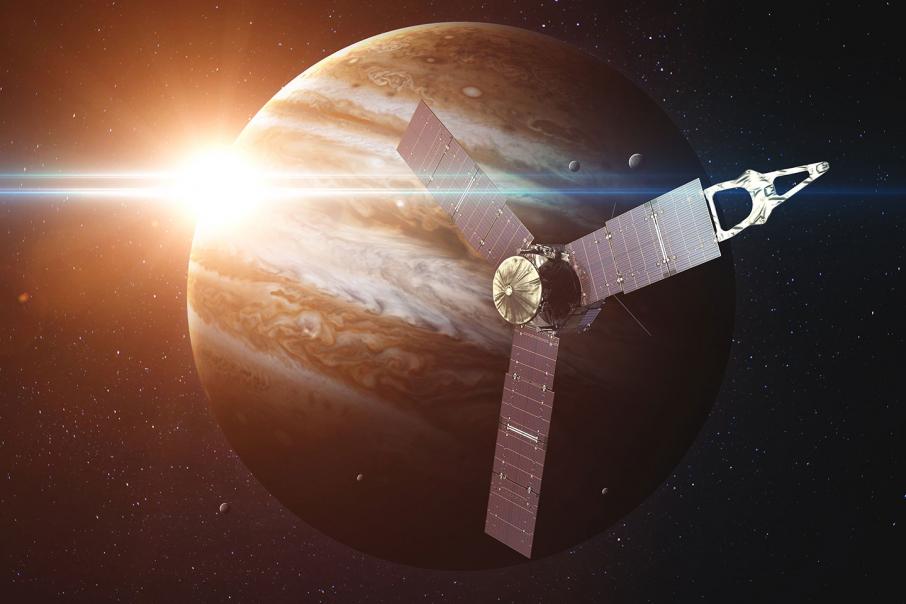 BELIEF: Juno is in orbit around Jupiter, a triumph of scientific achievement. Photo: Stockphoto

Aiming high is a noble goal, in science and in business, but the journey becomes perilous if the fundamental building blocks aren’t in place.

Having spent five years traversing more than 2.8 billion kilometers across the universe, NASA’s Juno satellite is beaming back the secrets of the largest planet in our solar system, Jupiter.

In coming months, Juno will reveal some of the secrets of this mysterious gas giant, passing just a few thousand kilometres above its swirling clouds.

Breathtaking in its scale, this mission reads like a kids’ adventure story; and I have to admit it was my seven-year-old son’s excitement about the mission that ignited my interest.

The science behind Juno is awesome, as is the patience and dedication of the team that has achieved this extraordinary feat.

What captivated me about Juno was not just the magic of distant planets but the heroism of even thinking we could reach this far into our solar system.

This journey represents so much more than just the NASA team that broke into cheers and applause at the announcement of ‘Roger Juno, Welcome to Jupiter’.

It’s the magic and quiet determination of men and women who looked beyond the limits of technology and science to a place where seemingly unimaginable things become possible.

Here in Australia, deep within a Victorian gold mine, a coalition of universities, industry and research groups has come together to build the Stawell Underground Physics Laboratory to test for dark matter with the Southern Hemisphere’s first dark matter detector – SABRE.

This isn’t just any ordinary research project; it’s a collaborative effort by Swinburne University of Technology, University of Melbourne, Princeton University, as well as Newmarket Gold and the Northern Grampians Shire.

It’s an innovative new use for the Stawell gold mine and expected to increase and diversify employment in the region as the lab is utilised for other sensitive physics and biomedical experiments.

What captivated me about both these extraordinary science stories is how little of our news streams are dedicated to these modern day research pioneers and their dogged, patient pursuit of knowledge.

There is little patience for the careful testing of new ideas in the business sphere, at least not in a market already spooked by global economic uncertainty and our own homegrown political melodrama.

We did witness some rare heroism from the Australian Securities Exchange last month, when it took advantage of an infrequently used power to block the listing of loss-making Gold Coast music streaming business Guvera.

The ASX did not reveal the exact reasons for its unprecedented decision but there are plenty of unanswered questions about Guvera, many of which relate to its relationship with AMMA Private Equity, another company founded by Guvera chief Darren Herft.

AMMA has helped raise about $185 million for Guvera in the past few years, netting fees of more than $20 million for putting a number of its self-managed super fund clients into the business.

Since the ASX blocked its float, two of Guvera’s companies have gone into administration, triggering job losses and a more general shuffling of employees to different corners of the group.

It’s a bad look for the business, which planned to raise between $40 million and $100 million from its listing at $1 a share, valuing the operation at an eye-watering $1.2 billion. So far this year it has run up $80 million in losses, but that’s because of the very high start-up costs in the music streaming industry, according to Mr Herft.

Guvera’s losses can’t be the only stumbling block for the ASX.

There is a long, global history of tech startups that have listed with only losses on their books, including global giants such as Twitter.

Twitter racked up more than $US400 million in losses before it listed and, depending on how you slice and dice their numbers, it haemorrhaged more than $US500 million last year alone.

But that was in the US, a bigger market with its own dedicated tech bourse.

Perhaps the cash-strapped Guvera should tap a different funding pool and reach out to investors with a higher appetite for risk; or maybe it just needs to be more transparent about its business connections and its history.

Whatever the best way forward, a public listing looks unlikely in this nervous, risk-averse market; and especially for businesses that promise the moon and the stars but never quite make it off the ground.