Jakarta may move in the nickel of time

A move by the Indonesian government to boost activity in its nickel mining sector could have a positive spin-off for Australian miners. 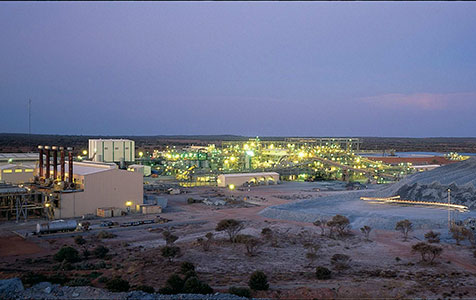 TOP DOG: Nickel pig iron has flooded the market recently, threatening the dominance of product from Norilsk of Russia, Vale of Brazil and BHP Billiton.

Australia's depressed nickel mining industry could get a late Christmas present courtesy of the Indonesian government, with January 12 the scheduled date for that country to introduce a ban on the exports of unprocessed nickel ore.

There is, however, no prize for guessing that Indonesia is not in a mood to do Australia any favours, given the heated reaction in Jakarta to alleged telephone bugging by Australia.

The nickel proposal on the desk of Indonesian President Susilo Bambang Yudhoyono is designed to create jobs in his country, with Australia potentially a secondary beneficiary.

The plan is to stop the flow of material to China for conversion in a relatively new process that upgrades 1 per cent nickel ore into a product call nickel pig iron (NPI), which is used as a feedstock in the production of stainless steel.

Deeply unpopular with everyone except China’s steel industry and the shippers plying the route between Indonesia and China, NPI is dirty, dangerous and damaging.

Dirty because it creates a waste problem in China (99 per cent of the 55 million tonnes of ore being shipped this year alone is waste.

Dangerous because ships carrying the muddy ore from tropical Indonesia can sink if their cargo liquefies in heavy weather (which it can).

And damaging because NPI has flooded the nickel market with a cheap replacement for conventional nickel goods produced in Australia and elsewhere.

Chinese NPI has grown rapidly in recent years to claim the title of the world’s biggest single source of nickel, displacing Norilsk of Russia, Vale of Brazil and BHP Billiton for the title of top dog.

The net result is that the price of nickel has crashed under the weight of excess supply which, according to Macquarie Bank, will this year lead to global nickel production outweighing demand by a whopping 133,000t of metal.

The surplus is finding its way into warehouses around the world, where it sits like a dead weight on the price. The best-known stockpile, in warehouses of the London Metal Exchange, has almost doubled during the past 12 months from 135,000t to 247,000t, and is showing no sign of shrinking.

Because it has become so freely available, the price of nickel has halved in two years, from $US13 a pound in early 2011 to around $US6.06/lb today.

Indonesia’s annoyance with the provision of ore to make Chinese NPI is that it only gets paid for the 1 per cent grade shipped, not for the nickel metal it becomes. Earning more export dollars and creating a job-heavy metal processing sector is the aim of the proposed ban.

Proposing a law and enforcing it are different matters, however. Despite years of threats about introducing a ban, there has been limited investment in the smelters required to lift Indonesia’s nickel industry out of a simple dig-and-deliver structure into something more sophisticated.

Should Indonesia act on its proposed ban from January 12, the effect on the nickel market could be significant, given that NPI this year is forecast to include 480,000t of nickel metal, double the size of Norilsk or Vale, and four times the size of BHP Billiton’s nickel business.

Australian nickel industry executives are uncertain about whether Indonesia is either able, or wants to stop an industry its government dislikes, but which powerful commercial forces control.

There will be sighs of relief heard around Australia if Indonesia enforces its proposed ban on exports of unprocessed ore, especially if it triggers a rise in the price of nickel.

Newly-elected federal Member for Fairfax, Clive Palmer, will be one man to win from a higher nickel price because he is the owner of a processing plant near Townsville on the Queensland coast.

Other winners include BHP Billiton, which is struggling to generate profits from its nickel assets in Western Australia, and the group of small mining companies such as Mincor, Panoramic and Independence Group, which operate mines near Kambalda.

However the Murrin Murrin plant of Glencore Xstrata and the Ravensthorpe plant of First Quantum are WA projects that will be most closely watched should the nickel price remain in the cellar if Indonesia does not stem the flood of unprocessed ore.

Murrin Murrin and Ravensthorpe are marginal because they also process low-grade ore and have relatively high costs.

In the case of Ravensthorpe, bought from BHP Billiton by First Quantum for what was seen as a bargain-basement price of $US340 million in early 2010, the latest numbers are not encouraging despite a heavy cost-cutting and an efficiency drive.

In the three months to September 30, Ravensthorpe produced nickel at a C1 cash cost of $US4.85/lb. But, after adding other essential costs, the C3 cost grew to $US5.94/lb, just US12cents/lb below the latest LME nickel price of $US6.06/lb.

The latest report from First Quantum also reveals that the bargain it got in 2010 (when the nickel price was above $US10/lb) is not such a bargain today, with the company valuing its Ravensthorpe assets at $US1.08 billion, a number that provides a clue as to how much has been invested in additional works to restore production at the plant.

First Quantum’s profit from Ravensthorpe in the September quarter was $US6.7 million, taking profit for the first nine months of the year to $US20.4 million – a lowly return on an asset valued at $US1 billion.

One of the less credible pieces of Australian corporate planning seems to have died a quiet death.

A few years ago, Rio Tinto raised eyebrows by declaring it was working on a vision that stretched out to the year 2050, a proposal reminiscent of Soviet Era 50-year plans, which always failed.

Today – according to a talk given by a Rio Tinto executive Robin Bordie to members of a tour of China for clients of the investment bank, UBS – the company’s vision stretches out a far more modest “five-to-10 years”.