A buy-back scheme for Port Hedland property owners adversely affected by iron ore export-related dust is expected to be in place within the next six months, with the costs of the scheme to be borne by mining giants BHP, Fortescue Metals Group and Roy Hill Holdings. 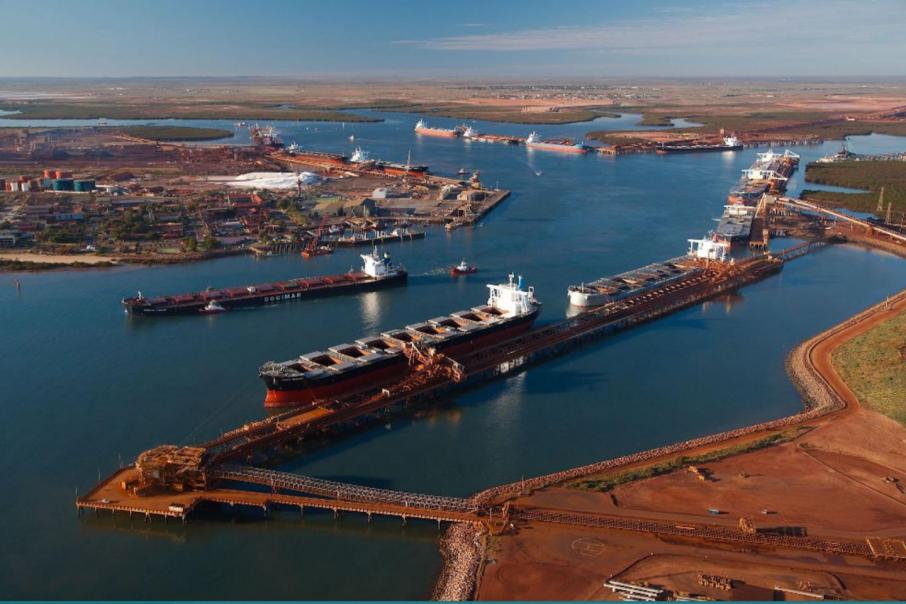 Increasing exports from Port Hedland have been causing dust issues for residents in close proximity to the port. Photo: Pilbara Ports Authority

A buy-back scheme for Port Hedland property owners adversely affected by iron ore export-related dust is expected to be in place within the next six months, with the costs of the scheme to be borne by mining giants BHP, Rio Tinto, Fortescue Metals Group and Roy Hill Holdings.

Ms MacTiernan said exact details of how the scheme would operate were still being determined, with the issue crossing multiple portfolios, including ports, planning and lands.

The scheme would only apply to residential property owners, she said.

“Work is being done to establish the mechanism for establishing the market value,” Ms MacTiernan said.

“The scheme being discussed would include a 35 per cent premium on top of the market value.

“It is important to understand property values in Port Hedland are underpinned by a thriving iron ore industry.”

She said the whole of the McGowan government considered the issue of paramount importance, and that a comprehensive resolution was required.

However, the minister said while the state government would administer the scheme, industry would have to bear its cost.

“We are examining different models for bringing together industry contributions," Ms MacTiernan said.

Fortescue Metals Group chief executive Elizabeth Gaines said the company had entered preliminary discussions regarding a buy-back, however, the state government had not provided any details of how the scheme would operate.

"The proposed voluntary buyback of land is a complex matter concerning the Town of Port Hedland and planning regulations and is not directly related to the operation of the port facility," Ms Gaines told Business News.

"Given the Port of Port Hedland is the largest bulk export port in the world, this issue requires thorough consultation.

"We believe any voluntary buy back mechanism should include a contribution from the state government with consideration of a broader review into future port operations, growth in deep water iron ore berths and shiploading infrastructure with a focus on supporting investment in the Pilbara and job creation.

"We are a proud member of the Port Hedland community and we remain open to consultation with government and community on the future growth and development of the Town of Port Hedland for the benefit of the community, industry and the state."

Increasing exports at Port Hedland have been a long running issue for residents, who often find their homes coated in a fine red dust.

BHP, which operates berths at Port Hedland closest to residential development, last year said it had spent $400 million since 2010 on dust management, and had comprehensively monitored its impacts.

Wightman Building Company director Alex Wightman told Business News that Port Hedland residents had implored the state government to implement a solution that created a fair and reasonable environment for both industry and the community.

“An effective buyback plan is important because it gives the community an opportunity for industry to continue to succeed at its current level,” he said.

“Port Hedland and the associated mining companies are a great asset for Western Australia, but the record export levels cannot be at the detriment of the community and the residents of West Hedland who have worked so hard to be there.”