Perth's median house price is on the verge of upswing in 2017, as a stabilising labour market and surging commodity prices drive marked improvements in consumer sentiment. 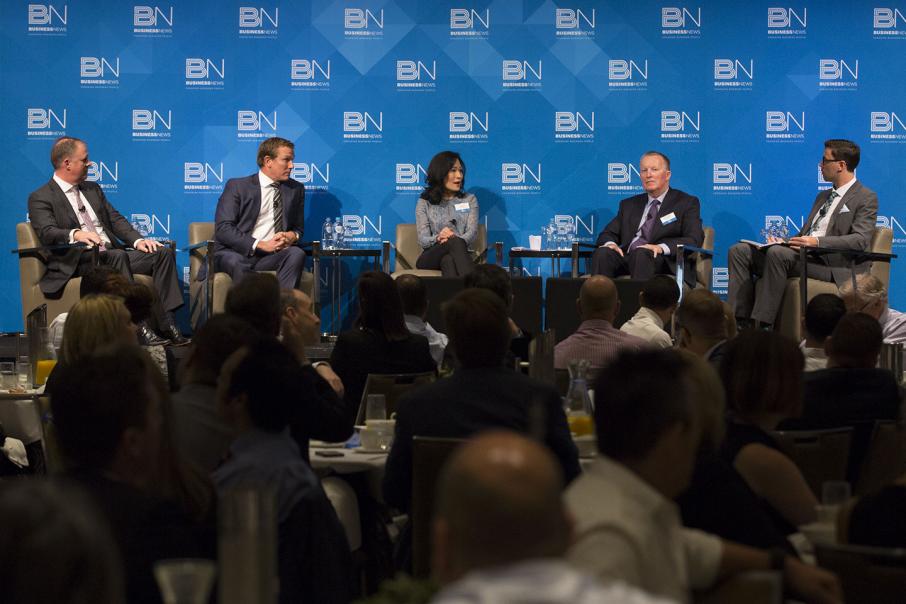 A panel of experts was unanimous in declaring 2017 would be a rebound year for Perth property. Photo: Attila Csaszar

Perth's median house price is on the verge of upswing in 2017, as a stabilising labour market and surging commodity prices drive marked improvements in consumer sentiment.

Real Estate Institute of Western Australia president Hayden Groves said 2016 was among the most challenging years on record for Perth property, with the total number of transactions over the year coming in around 31,000 - less than half of the 70,000-odd transactions that occurred during the last peak of activity in 2006.

However, Mr Groves said that while sales activity had plunged, there had not been a lot of change in Perth’s median house price in the last nine years.

“It’s basically the same now as it was back in 2007,” Mr Groves told an audience of more than 300 this morning.

“I’m surprised that we’re here to be honest, I would have thought we’d be lower.

“Given the general malaise underpinning the economy in the state of Western Australia, I think, generally speaking, house prices, unit prices and land prices have held up extremely well, probably in part due to our really low inflationary and low interest rate environment we currently enjoy.” Mr Groves predicted 2017 would be “the year of the long bottom”, foreshadowing a steady, if not slow, improvement in home values.

“The composition of the market will start to change, trade-up buying activity will start to improve throughout the market, particularly in the leafy western suburbs where there are some genuinely good very good buys,” he said.

“I think people will start to think ‘I’m aspirational, I want to have my family home in that location and now I can afford it.’

“They will start to pounce. That will start to drive up the overall median house price across Perth and that’s a good thing, which will feed into improved sentiment.”

Commonwealth Bank of Australia senior economist Michael Workman said the biggest influence on Perth property in the coming 12 months would be the strength of the labour market. “It is quite clear here that the labour market has stabilised, particularly on the full time employment side, and that’s a very big influence going forward,” Mr Workman said.

“It fits in with this very strong shift in commodity prices; it’s much more favourable for WA’s economic outlook.

“Together, that should provide us with a greater degree of optimism in the housing market here through this year.

“Higher iron ore prices are influencing the employment attitudes of the big companies here and a lot of the groups they do business with, which is extremely positive for the latter half of this year.”

The improving sentiment is translating into more people on the ground at home opens, according to LJ Hooker Claremont principal Vivien Yap. Ms Yap said attendance at home opens was a really good indicator of where the market was at.

“Interest levels and inquiry levels have really gone up, by about 10 per cent each weekend, especially in the western suburbs.

“I did have one home open over the weekend in Floreat and I was expecting around 26 people to come, which is usually a good turnout, but we had 84 groups come through.

“That really shows that this year, there is more interest, but whether they buy or not, it comes down to price.

“If you can identify the reason for the buyer, why they want to do a transaction, that’s how we can make that transaction happen.”

“Enquiry across our five projects are still over 200 a month, from locals looking to buy apartments off the plan, but the conversion rate is very low,” Mr Blackburne said.

“The market is very fearful, but I think we’re starting to see some more positive sentiment come back into the market, which to me is the biggest thing going on in the market at the moment.

“My understanding is the iron ore price is around $90 at the moment – little things like that, although they don’t directly correspond to the off-the-plan apartment market, when it is in the headlines it does.

“It is going to be an interesting year with sentiment being the biggest thing.” However, Mr Blackburne cautioned that while things seemed to be aligning for Perth property, international events could still have a detrimental impact on the market.

“If the US puts a 20 per cent trade tariff on China, then that affects China, and then that has a huge effect on the apartment market in Perth,” he said.

“It could be something way outside of the apartment market that affects us that we don’t know about – a major terrorist attack, or a war, or something that we haven’t seen, you can never guess that.

“Logic would say that now is a good time to buy, but I think there is still a huge amount of risk in the global economy that could create some pretty big shocks that we don’t know about yet.”