A Curtin University team has developed an improved, cleaner, technique to turn the sun’s energy into hydrogen, amid increasing industry interest in the opportunities. 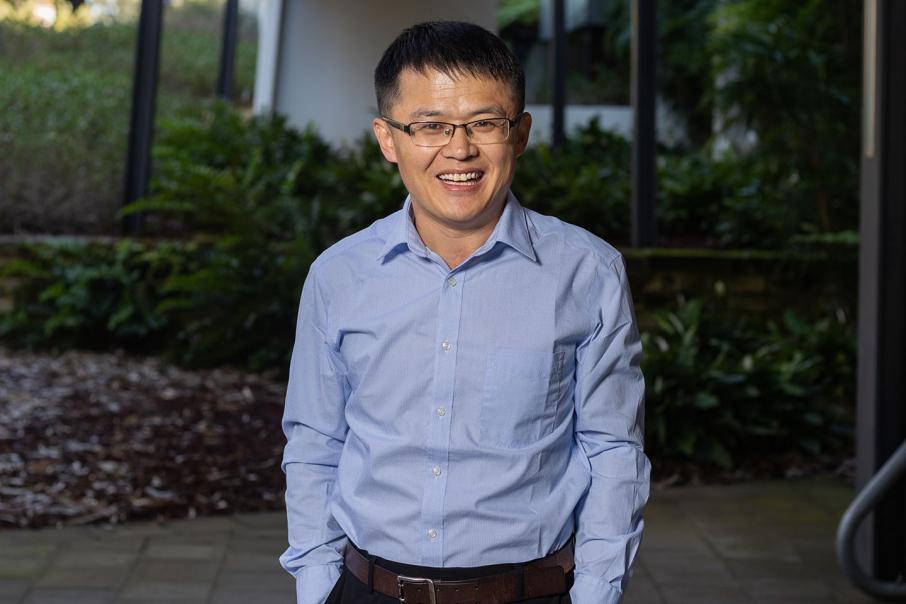 A Curtin University team has developed an improved, cleaner, technique to turn the sun’s energy into hydrogen, amid increasing industry interest in the opportunities.

Curtin University has moved a step closer to producing clean hydrogen fuel powered by renewables via the application of nanocrystals in solar panels.

Hydrogen can be produced from non-renewable sources such as coal and gas, or by electrolysing water with energy from the wind or sun.

The latter option increases flexibility for storage or transport into export markets, and is starting to gain interest from industry.

However, the chemicals used in the solar panels have until now been a major obstacle to the uptake of this technology.

“This research is a breakthrough that uses nanocrystals made of abundant elements,” Dr Jia said.

“Those catalysts are very toxic and also very expensive.”

The nanocrystals used the more readily available materials of zinc, selenium and sulfur, he said, which were cheaper and significantly less toxic.

Dr Jia said the need for high-cost and toxic materials was a major obstacle in the widespread use of catalysts to derive energy from sunlight and transfer it into clean fuels, making the new nanocrystal method potentially an ideal solution.

As a research fellow of the Australian Research Council, Dr Jia received federal funding for three years, allowing him to hire students and undertake testing.

Support was also given through Curtin, which houses the project through its school of molecular and life sciences, and the Curtin Institute for Functional Molecules and Interfaces.

The obstacles of hydrogen production have previously prevented the process from competing with other more widely used energy sources.

“Hydrogen production research has been done for many years,” Dr Jia said.

“Now nanotechnology has come to the forefront of research.

“I think in the near future we will say nanotechnology has not only changed research, it has changed our lives.”

Dr Jia expects that the nanocrystals may eventually have commercial applications, telling Business News the next step would be to find and work with a partner to understand how to transfer the research to industry.

“Currently our method and approach is still in the lab-scale,” he said.

“If we transferred it to industry, we would have to upscale to produce an industrial grid product.

“This needs some time, but wouldn’t be too difficult.”

Dr Jia said nanotechnology generally had already achieved commercial success, noting that a number of companies were currently selling products based on the nanoparticles.

Samsung and LG are examples of major brands to have incorporated light-emitting quantum dot technology into their TV screens, enhancing the colours produced.

Australian Gas Industry Group chief executive Ben Wilson is one industry leader with plans for hydrogen, aiming to use it through the company’s existing gas distribution networks.

“You can handle it and use it in a very similar way to methane,” he said.

Mr Wilson said there had been some discussion about use of hydrogen in fuel cells for cars and for shipment to overseas markets, but there was another possibility to get the industry under way.

“Export and transport are two big opportunities, but actually we see a very interesting route decarbonising the gas networks, and that’s the way to kickstart it,” he said.

“The gas networks can be that demand, we can blend 10 per cent (hydrogen) no problem.”

Hydrogen in the gas network would be a 40 per cent cheaper way of reducing carbon for energy use than simply building out the power grid, Mr Wilson said.

It might be used in place of large power storage projects such as Snowy Hydro 2.0, he said.