Crown Resorts is at risk of losing its WA casino licence after the state government agreed last night to establish an inquiry with the powers of a royal commission. 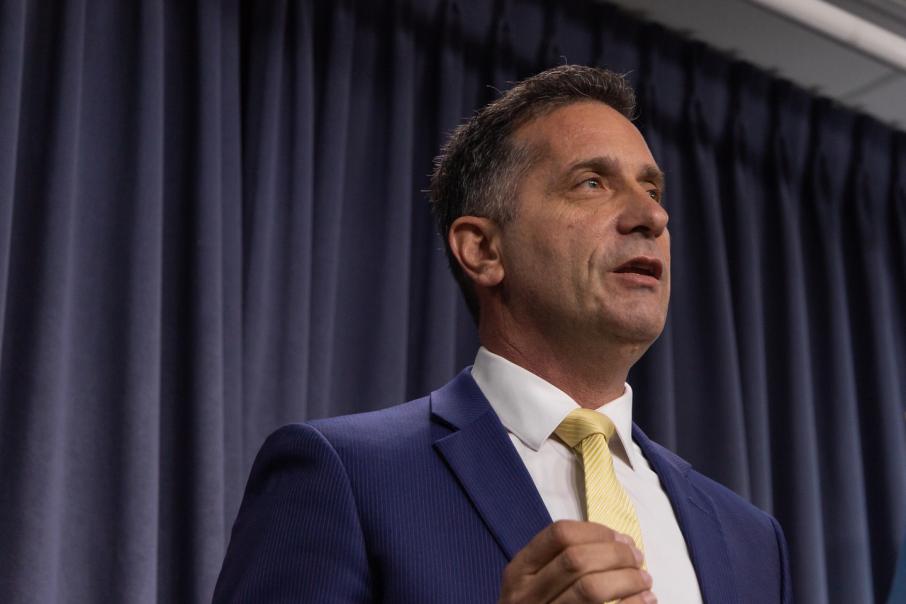 Paul Papalia has supported the call for an inquiry.

Crown Resorts is at risk of losing its WA casino licence after the state government agreed last night to establish an inquiry with the powers of a royal commission.

The Gaming and Wagering Commission of Western Australia (GWC) called yesterday for an investigation into matters uncovered by last week’s NSW report into Crown.

The WA inquiry will seek to establish the suitability of Crown Perth as a casino gaming license operator in WA in light of the findings of the NSW report, led by retired Supreme Court judge Patricia Bergin.

Racing and Gaming Minister Paul Papalia swiftly endorsed the recommendations of the commission and in the process will be hoping to kill off casino regulation as a potential election issue.

The commission’s call for a WA inquiry followed legal advice from the State’s Solicitor’s Office.

That advice concluded that the commission could not rely on the Bergin inquiry to make findings in relation to Crown Perth.

“In recommending that the minister direct the GWC, it will ensure that the inquiry has the powers of a Royal Commission as opposed to general powers of an investigation by the GWC,” the commission said in a statement last night.

The commission also determined that it will use directions under the Casino Control Act 1984 to prohibit junket operations at Crown Perth.

In addition, it will require the casino operator to obtain commission approval to establish gaming bank accounts.

The WA inquiry will also assess the appropriateness of Crown Perth’s responses to the commission prior to and during the Bergin inquiry.

The Bergin report made a scathing assessment of Crown’s governance standards and the performance of multiple directors and executives, including Perth-based chief executive Australian Resorts Barry Felstead, who retired late last year.

It concluded that parent company Crown Resorts was not suitable to hold a licence for its new Barangaroo casino in Sydney.

Crown Resorts is in the midst of a major restructure and working closely with regulators around the country to try and save its casino business.

Premier Mark McGowan has previously said the government will not tolerate any illegality but is keen to save more than 5,000 jobs at Crown Perth, indicating he will work constructively with the company.

Mr Papalia said last night a formal recommendation from the commission regarding an inquiry into Crown Perth will now be finalised.

“The State Solicitor’s Office will also provide advice regarding the terms of reference for the independent inquiry, so it can be established as soon as possible,” the minister said.

“The McGowan Government takes these issues extremely seriously and will ensure the independent inquiry has the full powers it requires.

“We also support the commission’s decision to issue directions to prohibit junkets at Crown Perth.”

The Bergin report concluded there was “no real challenges to the credit or credibility” of Mr Poynton, who has been a director of Crown Perth since 2004 and its chairman since January last year.

In addition, he has been a director of parent company Crown Resorts since November 2018.

As well as looking at Crown, the WA inquiry will assess the effectiveness of the commission itself as a regulator and the Department of Local Government Sport and Cultural Industries, which provides executive support to the part-time commissioners.

This will include any perceived conflicts of interest.

In its statement yesterday, the commission sought to counter suggestions it had been ‘asleep at the wheel’, saying it has been working cooperatively with the Bergin inquiry since it came to light.

“At all times the GWC has cooperated with the Bergin inquiry and has kept abreast of its developments,” it added.

The commission’s statement also detailed steps it has taken over the past four months to address potential conflicts of interest after WA’s chief casino officer Michael Connolly disclosed his personal friendship with staff at Crown Perth.

A “suitably qualified person” undertook a due diligence inquiry and the Public Sector Commissioner was advised of the outcome, though last night’s statement did not specify the outcome.

The commission also disclosed that, at its meeting last November, it commissioned an independent performance audit by EY into its oversight of Crown Perth during the period of the Bergin inquiry.

That audit is due to be finalised by the end of February this year.

As disclosed earlier this week, Mr Connolly stepped aside from his role as chief casino officer to avoid any perceived conflict of interest.

The commission said it has reached out to the New South Wales and Victorian regulators to establish a working group with a view to establishing consistent best practice across three jurisdictions.

It also plans to engage with key Federal agencies responsible for the Anti-money Laundering and Counter-Terrorism Financing Act 2006.