The scramble to catch up with the current shift to mobile may be surpassed by a new focus on wearable technology. 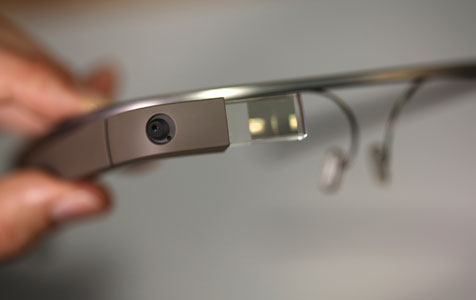 GOOGLE-EYED: Google has stolen a march on its competitors with the limited release of Google Glass, which takes mobile connectivity to the next level. (Photo: iStockphoto)

The scramble to catch up with the current shift to mobile may be surpassed by a new focus on wearable technology.

THE first smartphone, or ‘app phone’, hit the market in 2007. The iPhone was not the first phone to have emails or internet connection, but it was the one that drove the new category.

Three years later, Apple gave us the iPad. Again, Apple was not the first to develop tablet computers; Microsoft had launched tablets back in the 1980s, but they had flopped.

In both categories (now responsible for more computer access than the traditional PC or notebook) Apple’s fairy dust of elegant design, intuitive user experience and sharp marketing was compelling.

These two devices have attracted rivals, and in Samsung a serious competitor that is challenging Apple globally. Collectively, the ‘shift to mobile’ phenomenon has been causing businesses headaches worldwide.

Many companies were just coming to terms with the shift to online and had only started to replace lost offline revenues with some online business. These same businesses are now faced with losing this relatively new online income as traffic shifts from regular PCs to mobile devices.

Predictably, it looks like the world could be about to shift again, because wearable computers are coming soon to a store near you.

The Sony ‘smartwatch’, which can take calls, photos and handle email and Facebook, has been out for a year or so, and Nike has its ‘Fuelband’, which monitors your fitness activity and can share your information with your friends.

The category is about to be blasted wide open, however, not by Apple this time but Google, when it delivers its much-heralded ‘Google Glass’ early next year.

But who really needs a computer they can wear on their face?

Or is that even the right question, because three years ago no-one really was screaming out for a tablet; so who are we to say that this time next year we will not all be walking around town with our Google Glass firmly on our heads?

The average person is said to reach for their mobile device 150 times a day. Imagine having your computer available without having to reach for your pocket. You do not need to take your eyes off where you are walking. You look up, not down.

To awaken the device, you tap the touchpad on the side.

‘Ok Glass’ you say, ‘Google, take me to the train station/nearest supermarket/Italian restaurant’. Directions appear, right in front of your eye(s).

Alternatively, you can take a photo or video, search the net, share stuff on social networks or videoconference with friends or colleagues.

Those testing it have described a ‘virtual screen’ that seems to hover in the air in front and to your right. You can focus on this and still see everything else around you. You can hear sound ‘inside your ear’ without disturbing listeners nearby, using what is alarmingly called a ‘bone-conduction transducer’.

Already comedians are having a field day (Google ‘Saturday Night Live Google Glass parody’) and privacy advocates are decrying the new device, with its onboard camera allowing users to snap anything, anywhere, without the subject being aware.

Rival glasses (such as the ‘GlassUp’) overcome this problem by only being able to receive information, with no inbuilt camera.

The commercial advantages of wearable computers, say proponents, are that you go totally hands free, saving the user time and the distraction of having to consult a map or documents while completing tasks. It’s a potential boost for productivity, empowering the users wherever they are and whatever they are doing.

For many, however, these devices will bring with them the stigma of ‘geek overload’.

Remember the first time you saw people with bluetooth headsets sticking out of their ears? Now wait for the bespectacled computer generation walking around town talking to their glasses.

There’s no doubt Google will market this heavily. In fact it has already begun. Using the #ifihadglass hashtag eager users were falling over themselves backwards last month to fork out $1,500 just to give them a go.

A whole new competitive computer category is about to open up – a marketer’s dream.

You can be sure that the early adopters will jump on these new products, and ‘glassware’ apps are already being created to take advantage of this new environment. If internet traffic shifts once more to another new space, everyone in business might need to take this new category extremely seriously.