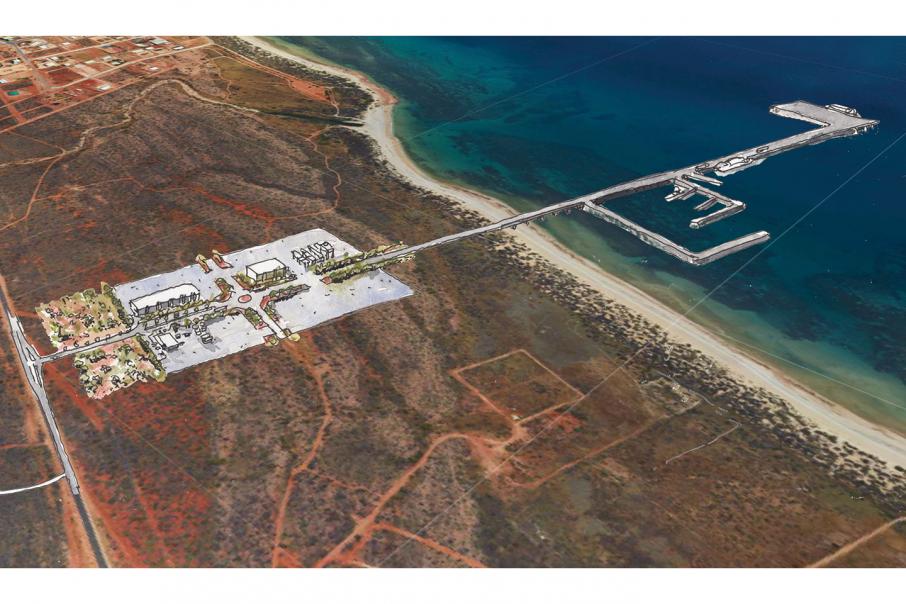 OPINION: The Gascoyne is a region of enormous potential; for eco-tourism, for trade and for its ability to support the Australian Defence Force due to its strategic location.

But despite this potential, the Gascoyne region is currently missing out on important economic opportunities because of its lack of marine infrastructure, namely a deep-water port.

The Exmouth community is currently restrained by an over-reliance on seasonal tourism and is unable to properly service the cruise ship and super yacht industries. The marine environment in the Exmouth Gulf is under stress from unregulated boating and mooring which is damaging the seabed, the town’s water supply is stretched, and the capacity to clean up any major oil spill in the gulf is currently extremely limited.

Gascoyne Gateway has developed a proposal to address all of these issues and enhance the region through the construction of a deep-water marine facility and renewable hub to serve the community well into the future. We have proposed a site well away from the Ningaloo marine park next to Exmouth’s current light industrial area, shire landfill and light airfield.

Using our extensive experience as Navy veterans and marine infrastructure and operations specialists, Gascoyne Gateway is planning to privately fund, build and operate the deepwater port, which is planned for completion at the end of 2024.

Exmouth is an important strategic location for a port, with enormous potential for contributing to efficiencies in logistics, exports/imports, national security and trade.

We expect 400 jobs to be created during construction, with 70 full time positions within the facility and another 130 full time roles having been identified due to the supporting business activity and our commitment to buy local. These opportunities will be multi-generational, offering rare career pathways within the Exmouth community year-round rather than on a seasonal basis.

To ensure long term viability of the facility while providing stability and reliability for the community, a range of likely Port users and customers have been identified. The Port would be made initially viable by servicing the current marine traffic in the Gulf, with additional benefits including: reliable year-round berthing options for cruise ships, berthing options for large superyachts and adventure vessels, replenishment for Royal Australian Navy, Australian Border Force and allied vessels, import/export for containers supporting regional industries and support for oil and gas servicing vessels currently operating in close vicinity to the Exmouth Gulf.

This diversity of use ensures the project can withstand single commodity downturns while supporting year-round activity for the community.

The Gascoyne Gateway deep water port will offer a significant shift in the freight and logistics framework for Western Australia. Providing access to efficient logistic supply chains and sea freight options will deliver project-enabling shifts in economic outcomes. According to a report we commissioned through Acil Allen, reaching and accessing markets with greater efficiencies due to unconstrained use of a deep-water facility will realise almost $1Bn in gross regional product over the next 25 years.

The strategic implications for Australia by Defence use in Exmouth have been previously recorded in history during WWII and more recently since the 1960’s. Recent geopolitical schisms have led to a renewed study of the vulnerabilities in Australia’s capacity to defend itself. With over 40% of this nation’s export value departing from the North West, the importance of a maritime patrolling capability or, at the very least, a substantial supporting function is obvious. Already a Defence town, Exmouth has geographic advantages which would be enhanced by Gascoyne Gateway’s ability to deliver the Australian Defence Force much needed infrastructure to support and sustain contingency operations.

On an environmental front, Gascoyne Gateway is committed to a range of green initiatives, which, unlike other ports around the world, have been considered from day one of planning, rather than added retrospectively. We have been continuously and actively engaging with the local community to address any environmental concerns, and to get input from the community at all stages of planning.

Importantly, the port will regulate the movement of large vessels in the area. There is currently little organisation or oversight of the movement of ships and maritime activities in the gulf, with hundreds of vessels recorded as utilising the area every year. We expect much of that existing traffic will use the Gascoyne Gateway facility, making it immediately viable and delivering a net environmental benefit as this traffic becomes better regulated.

Gascoyne Gateway plans to carry out a survey to determine the extent of damage to the seabed and seagrass fields due to unregulated anchoring. Over time, the port will enable marine habitat that has already been damaged by ship’s anchors to be gradually restored by significantly reducing anchoring activity within the gulf. We have also committed to cofunding an annual grass seeding program designed to enhance habitat and help address carbon-initiated climate change that currently threatens the marine environment and in particular the Ningaloo Reef.

Ultimately, we will see Gascoyne Gateway not only unlock the enormous potential of the region, but ensure this is done in a sustainable way, so that we can set an example for future marine infrastructure across the globe. 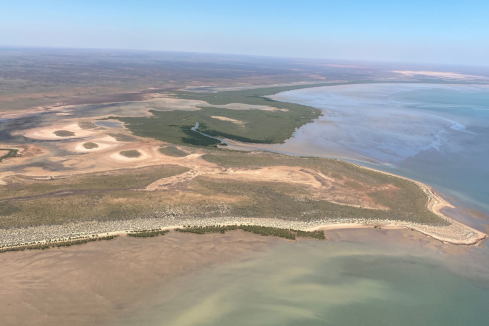 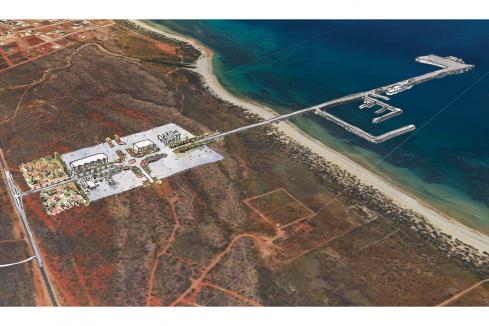