Foxgloves for the heart - Cardio health from the garden 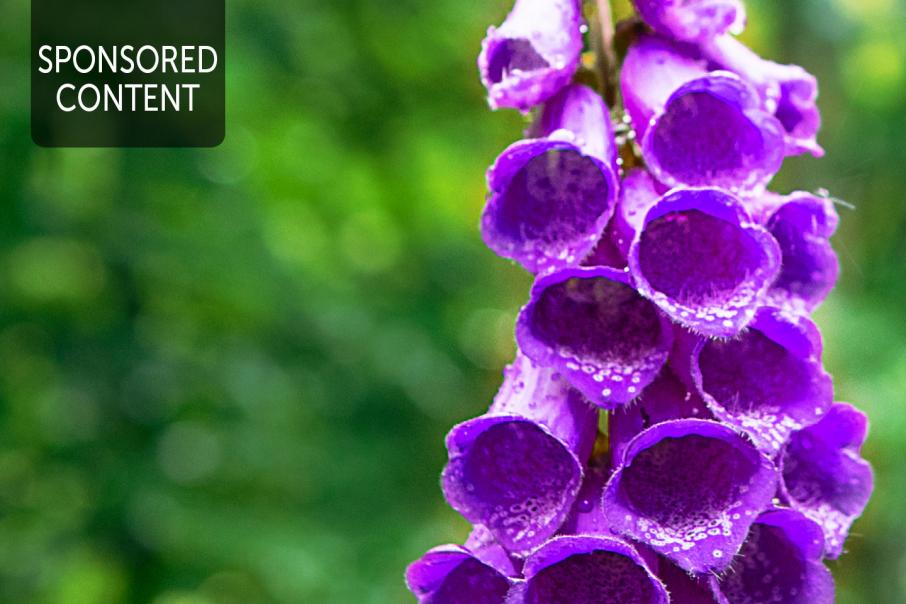 A common garden plant with purple, tubular bell-like flowers is a vital natural resource, that often goes unrecognised, but is responsible for extending the lives of many West Australians.

The humble foxglove is the source of the widely used heart drug, Digoxin. The drug is derived from the leaves of the plant and it helps make the heart beat more strongly and with a more regular rhythm.

Digoxin is used to treat patients with heart failure and patients with the fairly common condition, atrial fibrillation, a rhythm disorder of the upper chambers of the heart.

While Digoxin has been widely used since the 1970s, foxglove tea was first described in medical literature in 1785. It was used to treat ‘dropsy’ which was the general term for fluid retention.

Natural resources, both plant and marine life, have been part of Indigenous, Eastern and Western medicine for centuries and they remain widely used and provide a strong export market for Australia today.

Tasmanian opium poppy farms produce half of the world’s legal supply of poppy straw that is refined into opiates such as morphine and codeine.

Australia and New Zealand’s native Manuka tree is the natural resource being planted for the increased production of Manuka honey sold in chemists for its medicinal properties.

And innovative thinking at the Harry Perkins Institute of Medical Research has led to an investigation into the potential use of Perth honey bee venom to treat the most aggressive types of breast cancer.

The potential is immeasurable for our natural resources to provide the next compound that kills cancer cells or solves the growing global antibiotic resistance problem and WA has one of the world’s rare jewels that could hold the key to an international breakthrough.

Western Australia’s Southwest corner stretching from Shark Bay to Esperance has remarkable biodiversity. It is one of only 35 internationally recognised global hotspots for wildlife and plants.

Who knows what medicinal properties might exist in this rich biodiversity that are yet to be discovered?

The value of our rich natural resources goes far beyond mining and we have barely scratched the surface in harnessing the benefits that could be derived from our plant and animal biodiversity.