Adriatic Metals has significantly increased its land holdings at the exciting Vares project in Bosnia, after receiving an Exploration Permit to expand the existing concession area over the Rupice and Veovaca base metals prospects. The company will immediately begin drilling at Rupice North and aims to extend high grade mineralisation down plunge from a 66m thick, high grade intersection it reported in October last year. 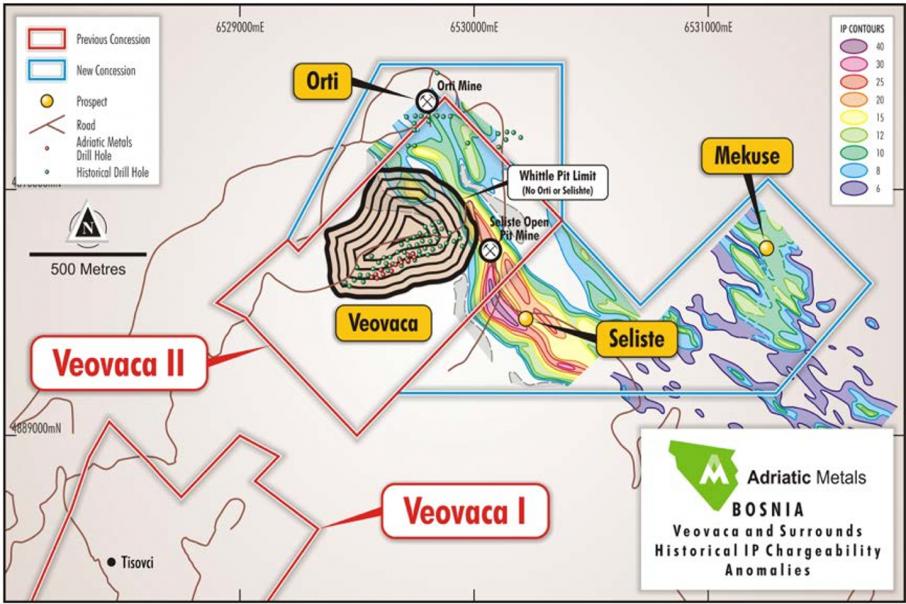 Adriatic Metals has been awarded an Exploration Permit to expand its concession area over its promising high grade base metals prospects in Bosnia by more than five-fold.

The company will immediately begin drill testing at Rupice North, to investigate down plunge extensions of this enticing base metals and precious metals zone.

Regionally, Adriatic is now in a position to commence drilling beyond the high-grade mineralisation it defined in spades at Rupice last year and begin testing priority targets at the nearby Brestic-Jurasevac prospect and the under-explored Veovaca prospect, located about 10km further to the southeast.

The company is chomping at the bit to start evaluating the broader resource potential of its extended land holdings in Bosnia with modern exploration techniques, with some exciting looking prospects not even touched since the 1960s.

Adriatic CEO Geraint Harris said: “We have worked tirelessly through the winter to prepare for this exciting exploration campaign in 2019. The receipt of the Federal Exploration Permit will allow us to complete the work we started in 2018 at Rupice North, in addition to allowing us to conduct far more detailed exploration at Brestic-Jurasevac, Borovica and the other high priority exploration targets within our expanded concession.”

The company currently has three drill rigs operating on-site and will look to extend areas of known high-grade mineralisation and areas where historical data suggests that discoveries may await.

Adriatic will also ramp up its geophysical surveying programs in Bosnia this year, with an induced polarisation program planned north of Rupice and other surveys aimed at defining electrically-chargeable anomalies both northwest of Rupice and at the Brestic-Jurasevac prospect about 1km to the southeast.

The company can now spread its wings outside of the developing Rupice prospect and the Veovaca prospect, where it has already defined a JORC-compliant mineral resource of 4.44 million tonnes grading 1.96% zinc, 1.11% lead, 58g/t silver, 0.09g/t gold and 20% barite.

The cashed-up junior’s market cap was sitting at just under $120m this week, a nearly five-fold increase since listing on the ASX less than a year ago.