SPECIAL REPORT: A selection of charities show fundraising events still work for some, defying a general shift away from the strategy as it becomes more challenging. 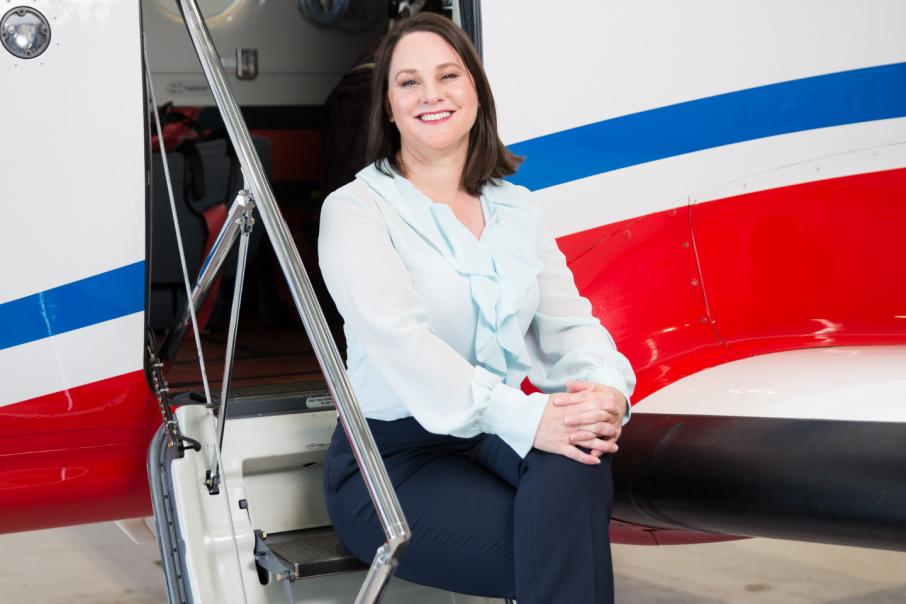 Rebecca Tomkinson says events are an opportunity to engage with philanthropists and connect them with the RFDS’s story. Photo: Attila Csaszar

The Royal Flying Doctor Service clearly has a keen understanding of what’s required to run a successful not-for-profit operation, as its rating as Australia’s most trusted charity for the past seven years would attest.

The consistent results of the Charitable Reputation Index suggest the RFDS is doing its work consistently well, and among the things it does best is engage with the community through its big events.

And while this runs counter to the narrative among other players in the sector that signature events are past their use-by date, chief executive Rebecca Tomkinson says it forms part of the service’s overall fundraising strategy.

“Our flagship event is the annual Altitude Ball and there is a bit of a game changer this year, we’re really looking at how we can connect more with community so this year we’re bringing it right here to our home to hold a ‘hanger party’,” Ms Tomkinson told Business News.

Ms Tomkinson said that, in addition to raising funds, well-delivered events helped organisations tell their story and strengthen people’s attraction to a cause.

“We have been very engaged with the philanthropic community about being able to deliver on that fundraising, so it is as much an opportunity for us to engage with people who support us, and to tell our story for those who perhaps don’t know us as well,” she said.

Recently, RFDS was able to introduce two new upgraded planes to its fleet thanks to a combination of private fundraising through events and philanthropy.

“Their capability is they’ll be able to fly higher, and when you’re at altitude it’s much more comfortable,” Ms Tomkinson said.

“It’s important to acknowledge Rio Tinto is a foundation partner with those jets and they have contributed $10 million over the past four years.”

The service is now aiming to raise an additional $14 million to add more upgraded planes to its fleet.

The RFDS is ranked second by revenue on BNiQ’s charities list, with almost 10 per cent of its $94.6 million attributed to its fundraising efforts, donations and bequests according to Business News research.

Of that sum, its flagship Altitude Ball raised about $300,000 in 2017, Ms Tomkinson said, while the Gibb River Challenge raised around $460,000 and the Outback Air Race raised about $400,000 to be distributed nationally.

And while the ball is managed by the RFDS, the Gibb River Challenge and the Outback Air Race are organised independently by philanthropists, respectively policeman Simon Rimmer and businessman Stuart Payne.

The Harry Perkins Institute of Medical Research and Variety WA are two other examples of large NFPs reliant on the funds raised through events.

Harry Perkins head of marketing and fundraising Paige Gibbs said events were not only a good source of fundraising for the organisation, but an effective branding exercise that worked to attract new donors.

Ranked 19th on BNiQ’s charities list, Harry Perkins reaps valuable rewards from the MACA Ride to Conquer Cancer, which accounts for about 15 per cent of the institute’s income.

The event has raised $27.5 million for research since inception seven years ago, with $4.1 million raised last year across 855 riders.

And across just 30 participants, Variety WA managed to raise $580,000 last year through its Variety Bash, which is currently in its 30th year.

Ranked 82nd on BNiQ’s charities list, Autism West represents a smaller charity that considers events to be an integral aspect of its strategy.

This year, Autism West is seeking to expand its Team Sprint Cup swimming event, which has raised about $1 million across its 10-year life, according to chief executive Alison Davis.

“Historically, we used to do lots of little events and I thought that was probably not the best use of our resources, which are absolutely limited,” Ms Davis said.

“What we’ve tried to do in the last year or two is reduce the number of events we have to make them more successful.

“What we see is this being something bigger and better and reaching a wider audience of school kids, corporates and families.”

As part of a diverse funding strategy, Ms Davis said the organisation would be leveraging its recently developed partnership with Venues West to expand the event.