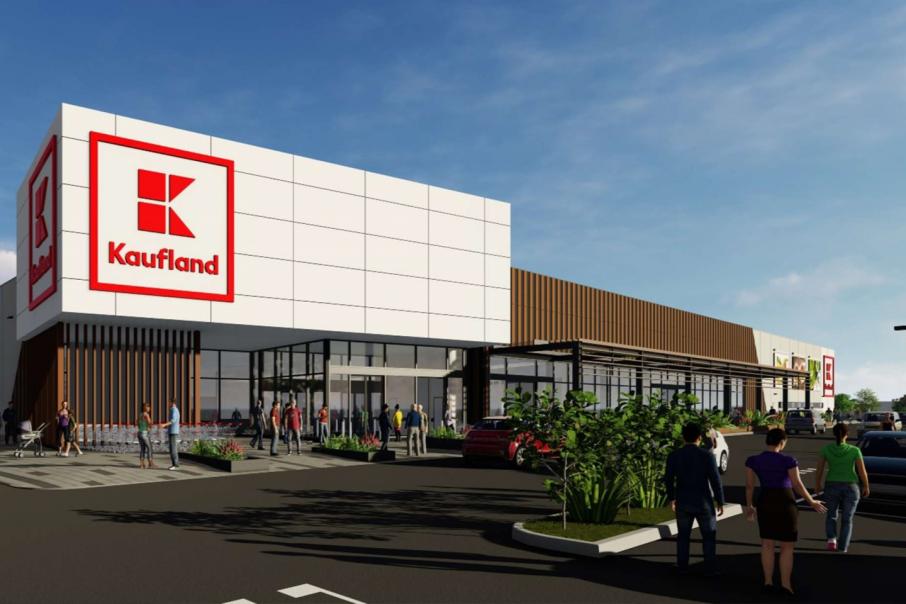 There are concerns the share market’s strength doesn’t accurately reflect the nation’s economic performance, or outlook.

It is a grim time when the biggest business stories are about closures rather than openings, but that’s the state of play today.

In this environment, therefore, it would be wise for investors to ask a simple question: “If times are getting tougher, why are share prices at an all-time high?”

There’s a lot to digest in those opening comments, and that’s before getting to the curious case of the China versus US trade truce, which is a direct threat to Australia, and the coronavirus outbreak, which threatens to slow an embryonic global trade recovery.

Closures first, or to be more correct an opening that was expected but has been delayed, perhaps forever.

First cab into the deep freeze is Kaufland. The big German retailer has invested an estimated $500 million acquiring sites and getting ready for a gala launch in Australia next year, but is now in full retreat to the comforts of home base in Europe.

Why Kaufland invested heavily only to pull the plug before selling a kilo of bratwurst is a closely guarded secret, but going home early can only be seen as either a comment on the company’s global trading position or a recently developed negative view of Australia as an investment destination.

No sooner had Kaufland announced its plans for Australia than a local hero, Wesfarmers, said the lithium business, which it plans to enter with a partner from Chile, SQM, had become too hot (or is that too cold?).

Lithium’s problems are well known, and while the state government has high hopes of creating an advanced mineral processing hub to convert the lightweight metal into chemicals for use in making batteries for electric cars (EVs), and perhaps even the batteries themselves, the reality is that progress on EVs is proving slower than hoped and lithium supply greater than expected.

Wesfarmers has wisely tapped the brakes on its lithium mining and processing plans, just as other lithium producers have already done.

It would have been a courageous (read foolish) decision by Wesfarmers to go ahead with the proposed Mt Holland mine and Kwinana lithium refinery given slow EV sales, a glut of raw material, and falling lithium prices.

If only there had been a similar outbreak of common sense four years ago when it was plain to anyone with an open mind that Wesfarmers had taken a step too far with its hardware adventures in Britain, trying to teach a nation of shopkeepers how to run a shop and losing more than $1 billion in the process.

Kaufland going home and Wesfarmers going nowhere on lithium are just two examples of the worrying news investors seem to be ignoring as they bid shares up into the stratosphere, no doubt hoping that earnings will follow the prices they’re paying.

Other worries add to the view that the stock market is diverging from reality, including:

• bushfire damage, direct and indirect, is already having an effect on the national economy, which could become a lasting effect as demands for radical changes to energy generation adds another layer of cost on business and households;

• China and US burying the hatchet over trade could come at a high cost for WA because a key factor in the truce negotiated in mid-January is a massive increase in sales of US liquefied natural gas to China, which, if a trade deal is settled will put pressure on a number of WA LNG projects;

• inbound tourism taking a hit as China imposes a ban on organised tours leaving the country as part of its coronavirus fight; and

• a move by mining giant Anglo American to rescue a struggling British potash project means that if BHP proceeds with its Jansen project in Canada, WA’s fleet of small potash-project developers will find they have two mega-competitors – and there’s no prize for guessing what that does to supply (too much) and the price (too low).

It’s against this background of slow growth that share prices have rocketed up; and while justified in some cases, such as iron ore miners riding a rocket of tight supply and strong demand, it’s not a situation that can last forever.

The coronavirus outbreak alone will have a damaging effect on Chinese steel demand as construction projects are paused and the country switches to crisis-management mode; because if there’s one thing China cannot tolerate it is social dislocation and unrest.

Or, as seasoned stockbroker Warwick Grigor wrote in his latest market comment: “It is difficult to justify the strength of the leading indices”.

What Mr Grigor sees is a disconnect between the strength in market-measuring tools such as the All Ordinaries index and the overall performance of the Australian economy in recent weeks, with global growth slowing and China now focused on a virus fight.

One theory for the local stock market’s strength is that investors, especially those who rely on their portfolios to meet living costs, have tossed caution to the wind and are buying anything with a whiff of yield, including gold and iron ore stocks.

It’s a strange world when mining companies, which have a record of extreme cyclical moves dating back centuries, are seen as long-term and reliable dividend payers.

Perhaps some will but it wouldn’t be wise to bet the house on it, which some people appear to be doing.

It would be nice to say something positive about Rio Tinto’s attempts to introduce the Taulia dynamic invoicing system, for example that the big miner thought a slick US computer program would aid its cash flow and that of its estimated 10,000 suppliers.

Unfortunately, all that can be said is that an American concept of business management has caused the big Anglo-Australian mining house no end of pain – not unlike how it feels when you shoot yourself in the foot.

Rio Tinto’s problems can be traced to the appalling concept of inviting suppliers to cop a discount on their invoices in order to be paid on time, or perhaps a little before time.

The dynamic invoicing system raised a red flag with the chairman of the Australian Competition and Consumer Commission, Rod Sims, and even if the process is voluntary there is a whiff of a big business taking advantage of smaller businesses.

Latest reports indicate that Rio Tinto is backing away from the Taulia system, but that leaves unanswered the question of why anybody with an understanding of the Australian concept of a fair go for the little man ever thought dynamic discounting was acceptable.

You might get away with it in the US but not here, because whether it’s legal or not, it’s morally wrong.