Even the most iconic brands will struggle for relevance if they fail to adapt to the digital age. 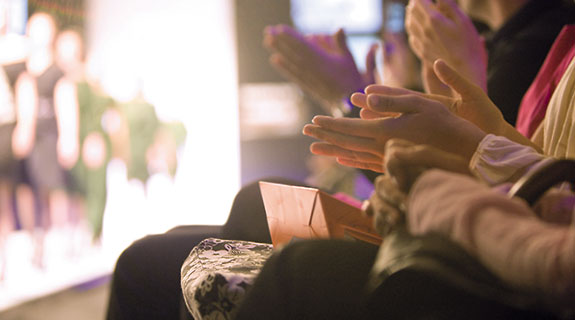 Even the most iconic brands will struggle for relevance if they fail to adapt to the digital age.

Riding the train the other morning I came across something I haven’t seen in years, and it made me realise how much we’ve changed as a nation.

What I witnessed was once commonplace on public transport and I must admit to having been partial to it in my youth; however this (now) rare sight made me realise how much time most of us spend looking down at our phones these days.

The endangered species I stumbled across on my daily commute was a magazine reader.

I can’t even remember the title my fellow traveller was flicking through, but it was one of those low-cost gossip titles that combine heartfelt profiles of one-hit wonder pop stars with low-cal recipes and tips on this winter’s top fashion trends.

There was a time when Australians consumed more magazines per capita than anywhere else in the world.

It was the 1980s and, along with big hair and bad fashion, our magazine addiction drove the average sales of Woman’s Weekly to 1.2 million a month. How things have changed.

Magazine readership has fallen off a cliff, and the fashion titles have been among the highest profile victims.

The rise of digital content and its impact on the fashion industry has been devastating for magazines, and it has swept away a number of iconic women’s titles, such as Cleo.

In the 12 months to December 2015, the readership of key fashion titles such as Cosmopolitan, Vogue, Marie Claire and Harper’s Bazaar fell sharply.

The audience for Harper’s Bazaar slumped by more than 40 per cent and Marie Claire lost more than 28 per cent. Vogue was the strongest performer, slipping just 8.7 per cent.

We’re not buying magazines any more because the content they used to have all to themselves is now available through any number of digital sources, from social media to blogs and online shops.

And it’s having an even bigger impact on the fashion industry.

There was a time not so long ago when public transport was full of women and men reading magazines because these publications provided a window into the latest styles from the European and US runways.

It was the only way to get a look at what Chanel had put on the catwalk for the European summer.

If you had a large enough credit limit you could then order your very own piece of a collection and, hopefully, it would arrive about 12 weeks later.

These days, within hours of a big-name fashion show the influential bloggers – who are far more powerful than the magazines – provide their verdict on a collection and pick out their favourite celebrity outfit from the front row.

The manufacturing and design arms of the multi-national fast fashion chains in Asia are running out catwalk copies within days.

And it’s only a matter of a few more days before these designs hit online boutiques and high street stores.

Fashion designers, from the influential European houses like Burberry right down to startup outfits, are expected to connect customers with designs in real time now.

Customers want to buy the runway, right there and then, and there are apps to connect customers with labels to do business.

Social media and the huge number of commentators in this once-exclusive industry are feeding this demand for instant gratification.

It’s a democratisation of design that has been good for customers by providing access to fashion once only available to the very rich.

It has come at a price, however.

The fast fashion peddled in the big retail chains isn’t made to last.

It’s this season’s must-have but it’s not necessarily a keeper.

On the other side of the coin, the digital social platforms have made it much easier for up-and-coming Australian designers to reach out to new audiences, without ever having to stage a show in Paris, Tokyo or Shanghai.

So who and what can we expect to survive as more and more major international retail brands target Australia?

Australian fashion has farewelled a number of big-name brands in recent years including Lisa Ho (and not because she wasn’t designing great garments).

A physical shop is no longer necessary in the digital age, although many successful online brands are now launching their own outlets to cement their brand and create a focal point for their followers.

Back in the world of magazines, niche is king.

The only publications growing their readership are titles with a tightly defined focus, covering subjects that aren’t catered for by generalists like newspapers.

It’s carefully curated material, expertly tailored for an engaged audience, and it’s all the fashion for now.