Demand for milk goes off the boil

Andrew Forrest and Gina Rinehart will need to wait a while for their dairy investments to deliver a return, according to a recent analysis of the sector. 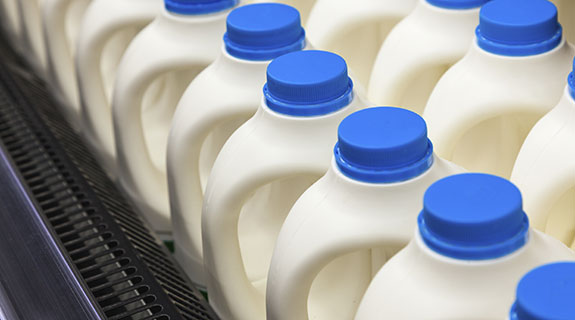 Andrew Forrest and Gina Rinehart will need to wait a while for their dairy investments to deliver a return, according to a recent analysis of the sector.

Milk may have been last year’s hot investment idea for bored mining billionaires, thanks to reports of soaring Chinese demand for dairy products, but take a fresh look today and you will see that milk has gone off the boil.

Gina Rinehart, when not busy overseeing construction of her $10 billion Roy Hill iron ore mine, has found time to plan the development of a $500 million dairy business in Queensland with the aim of meeting Chinese demand.

Andrew Forrest, when not worrying about the financial pressure being piled onto his Fortescue Metals Group by rival iron ore miners, has been contemplating a plunge into milk via an investment in the Brownes processing business or Lacantz Dairies in the state’s South West.

Two billionaires thinking at the same time about a diversification into milk is not exactly the herd stampeding, but it does smack of an investment bank peddling a trendy concept for people with spare cash and a willingness to wait a few years for their investments to mature.

Perhaps the rush into milk and cheese will yield results better than those from iron ore, which continue to slide thanks to falling Chinese demand for steel, though that might not be the case if a fresh analysis is a guide.

Goldman Sachs, arguably the king of moneymaking ideas and the bank socialists love to hate, has gone very cold on the idea of selling milk in China.

In report written by two of the bank’s Hong Kong-based analysts, Goldman Sachs noted that profits in the China-focused dairy business were poor, and not expected to get better for some time.

Under the headline, ‘China dairy returns still sour; too early to turn positive’, the bank’s report noted a persistent global over supply of milk, and milk products.
“Depressed raw milk prices leads to further earnings pressure,” Goldman Sachs said, noting that the world is currently awash with an estimated 11 million tonnes of excess milk thanks to supply flooding demand.

The irony of the milk glut for Western Australia’s iron ore billionaires is that product oversupply (in this case milk) is precisely the situation they’re trying to avoid in the depressed iron ore industry.

Goldman Sachs said it first warned of a worldwide oversupply of milk when it launched a global supply/demand model last June.

“The oversupply situation anticipated when first publishing our ‘Dairy 2020’ model in June, 2014, came earlier than expected,” the bank said.

“We estimated that 2014 finished with 0 per cent demand growth globally while supply growth was 3 per cent, driving an incremental 11mt of oversupply in the year.

“For the next five years (from 2015) we forecast a more balanced supply/demand situation with incremental demand growth of 23mt versus incremental supply growth of 30mt – i.e. still over-supply of 7mt, but more moderate compared with 2014.”

If Goldman Sachs is correct, and it’s a brave man to bet against the bank, then persistent oversupply of milk will have the same effect on price as a persistent over-supply of any commodity – depressing.

Just how depressing remains to be seen but three points are worth making.

• Firstly, Goldman Sachs calculated that, while global dairy prices will rebound from their 2014 trough of $US2,300 per tonne (using New Zealand whole milk powder as a benchmark), they have a long way to go to reach the estimated $US3,500/t required for a New Zealand or European dairy farmer to make a profit.

• Secondly, the fact that dairy farmers are struggling is not a new feature of farming. Life has always been tough in the dairy business thanks to its labour intensity and the vagaries of any agricultural industries that are subject to variable weather conditions – drought today, flood tomorrow.

• Thirdly, the dairy industry can be described as ‘cow heavy’. In other words, there is nothing stopping farmers from breeding more cows and producing more milk with the price of milk the only factor stopping them.

What is particularly sobering about the Goldman Sachs analysis of the dairy industry and Chinese demand is the warning that supply seems likely to relentlessly exceed demand, and that makes it a thoroughly lousy business for everyone – except consumers.

AUSTRALIA’S sometimes-unhappy relationship with South Africa has emerged as a concern for investors in the new Perth-based mining spin-off from BHP Billiton, South32.

While universally praised as a business with a bright future, South32 does have an Achilles heel that most critics have, so far, been too polite to mention – heavy exposure to mines in South Africa.

What stockbrokers like about the new business is its mix of commodities, which seem to be enjoying relatively strong demand, such as aluminium, manganese and nickel, and no exposure to iron ore and oil assets, which remain in BHP Billiton.

That view could change as prices vary, but what will not change is the fact that South32 will be big in South Africa where uncertainties persist over two critical issues – black empowerment laws and a chronic shortage of electricity.

South32’s chief executive, Graham Kerr, has played down the South African connection in his early interviews saying it “believes in the spirit and the intent of South Africa’s transformational empowerment agenda”.

Obviously Mr Kerr has no choice but to praise a government that hosts a large chunk of his company’s assets, but what worries stockbrokers is whether that view will hold if/when empowerment demands are ratcheted up and power shortages worsen.

A bridge too far?

PERTH Airport is getting ready to roll out the welcome mat for its first regular service by double-decker Airbus380 aircraft operated by Emirates; but whether that service continues for long could be dependent on high-powered talks under way in France and Dubai.

As the biggest single operator of A380s, Emirates is reported to be unhappy that the four-engined aircraft is not proving to be as fuel efficient, or profitable, as had been hoped.

The Dubai-based carrier’s boss, Sir Tim Clark, was reported by London’s Financial Times newspaper as having given Airbus a few weeks to decide whether it will relaunch the plane with more fuel-efficient engines or risk losing future orders.

With twin-engined aircraft such as the Boeing’s 787 Dreamliner eating into the A380’s market, it is possible that production of the giant plane could come to an early close – much to the annoyance of Perth Airport, which has just invested in new air bridges to service the double decker.