One researcher’s experience with mundane jobs has led to her researching how job design affects productivity. 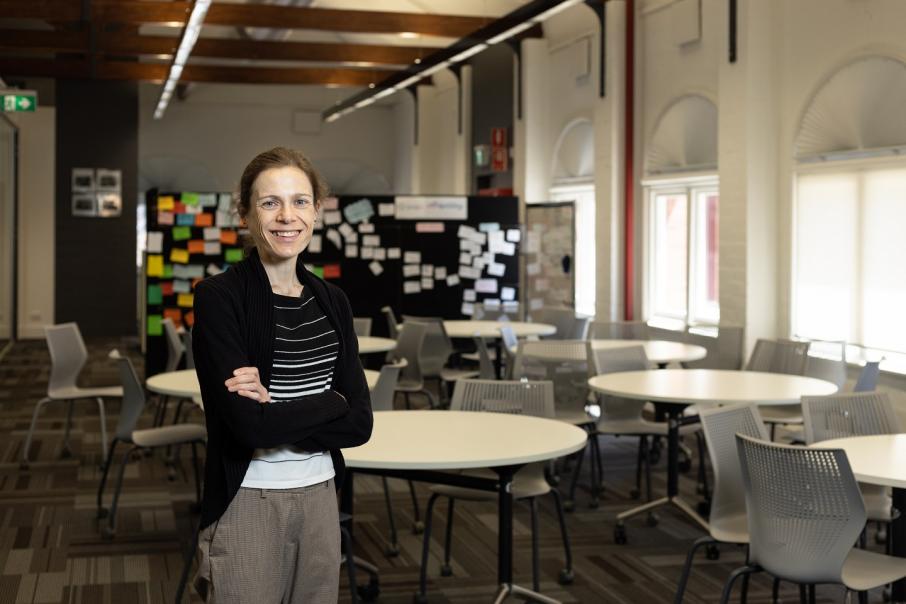 One researcher’s experience with mundane jobs has led to her researching how job design affects productivity.

Taking a low level job to make money between semesters at university, or doing odd jobs over summer, continues to be a rite of passage for many young people.

For Caroline Knight, researcher at Curtin University’s Future of Work Institute, it was her experiences with these ‘in-between’ jobs that led her to pursue a career in academia.

Dr Knight, who co-authored a recently published paper examining the importance of job design, told Business News she became interested in studying worker engagement while undertaking her master’s degree at the University of Hertfordshire in the UK.

She said her experience working in a call centre resonated for her as a particularly bad experience.

“They had targets and you were basically attached to your desk, so you had to login, logout, and say when you were going to the toilet,” Dr Knight said.

“They were constantly coming around, every hour, and asking if we had met out targets.”

Referring to the working conditions as prison-like, Dr Knight said she began identifying with the science behind worker engagement and wellbeing, eventually researching the topic as part of her PhD.

Having now investigated that topic academically as well as with government organisations in the UK, Dr Knight has collaborated with Sharon Parker, director at Curtin’s Centre of Transformative Work Design, to examine how job design can affect worker productivity.

Published in peer-reviewed academic journal Human Relations, ‘How Work Redesign Interventions Affect Performance’ reviewed 55 pieces of academic research on the topic of job design published between 1956 and 2017, to better understand the evidence behind how job design affects employee performance.

A common term in human relations, ‘job design’ refers to the structure given to a specific job, including how a workplace delegates tasks and how workers engage their own skills to complete work.

Dr Knight said the topic was under-researched because organisations often varied in how they measured successful performance.

“Performance itself can be difficult to measure, and it can be measured in many different ways,” she said.

“It can be turnover [that is] measured, but then it can be revenue, or it could be productivity.

“Compiling [existing research] together into a literature review can be a big task.”

It was that lack of research into how job design affects work performance that motivated Dr Knight to take a closer look at the topic.

Across the research, Dr Knight and Professor Parker identified 39 cases in which redesigning a job was found to have a positive impact on employees’ wellbeing and productivity.

Dr Knight said the most effective redesigns were those that emphasised ‘relational interventions’, which meant changing how people interacted with their bosses, co-workers and beneficiaries.

Dr Knight suggested these interventions would often make people understand why they and their job were important.

“If you’re a charity, you might get beneficiaries in of the money you’ve raised so that people understand they’re not just raising money for thin air, they can actually see the people they’re impacting,” she said.

Dr Knight said job redesigns that made workers feel important were often the most effective.

“They might increase the number of skills people need to use or they may increase autonomy that individuals have at work, encouraging them to contribute towards decision-making,” she said.

Not all interventions were found to be helpful, however.

In one study Dr Knight and Professor Parker examined, a job redesigned with increased autonomy did not meaningfully reduce turnover, with that study’s researchers speculating that factors such as commute time and workload were to blame.

Another paper the two examined found productivity measurably decreased with increased autonomy, which the study’s researchers speculated occurred because employees did not want that autonomy to begin with.

Professor Parker said it was important that job redesign was targeted, rather than applied on a company-wide basis.

“Managers should also consider the appropriateness of each initiative and how it may impact their employees and their roles in the team,” she said.

“Organisations and senior managers should be looking to redesign work that can improve both the wellbeing and performance of their team, moving the world towards a society in which decent work exists for all.”