Perth is blessed with world-class beaches and the iconic Swan River, but the city is still exploring how best to activate and protect these locations. 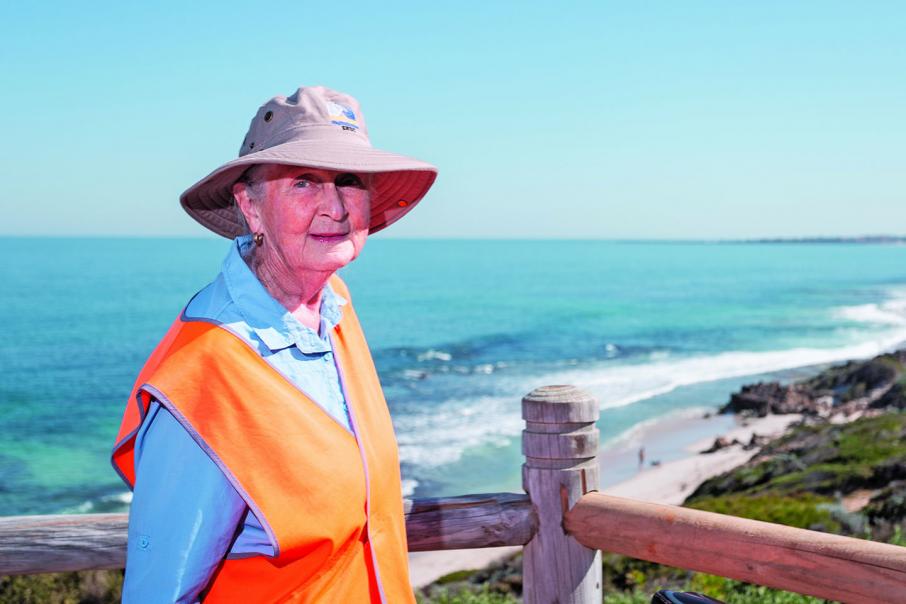 Perth is blessed with world-class beaches and the iconic Swan River, but the city is still exploring how best to activate and protect these locations.

Rae Kolb will be a familiar sight for many of Perth’s early risers.

A long-time conservation campaigner, Ms Kolb and the team from Stirling Natural Environment Coastcare are hard at work at morning every Tuesday, rehabilitating coastal dunes on Perth’s northern beaches.

More from this liftout:

Ms Kolb’s interest in protecting the natural environment started about 50 years ago on a trip to Sydney, where she noticed degradation on the beaches.

In the 1970s, she campaigned against the development of Star Swamp Bushland near Trigg.

Now, Ms Kolb is devoting her time to removing weeds on the sand dunes, replacing them with native vegetation.

“The coast is the longest piece of natural area connectivity that we’ve got in the whole metropolitan area,” Ms Kolb told Business News.

“For as long as possible, we need to keep this thin line of biodiversity.”

She said it was important for young people to connect with nature, whether at the beach or in bushland areas.

Ms Kolb, 79, is one of about 80 people in the north metropolitan area volunteering in organisations to protect the coastline, with other groups including Cambridge Coastcare and Cottesloe Coastcare.

The work of these organisations is supported by the state government, with programs including the Coastwest grants, through which $375,000 was distributed for 20 projects in the 2019 financial year.

“Without volunteers it wouldn’t be managed at the level it is currently managed,” Ms Kolb said.

”The city wouldn’t be able to manage it.

“There’s so many diverse priorities that a city has to manage, and the coast is so needy.” 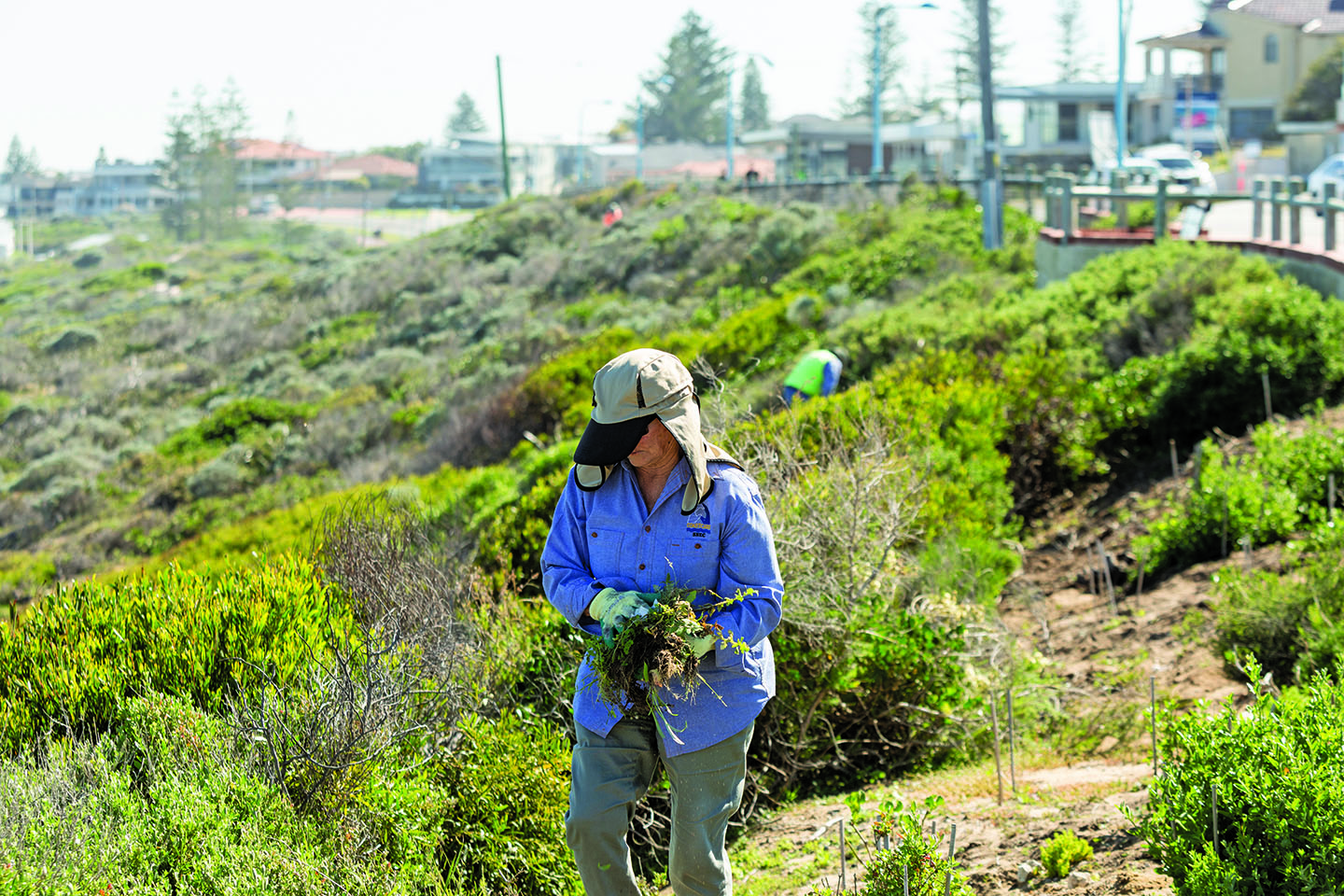 Stirling Natural Environment Coastcare’s work will be highlighted at the International Union for Conservation of Nature later this year for best practice, the organisation said.

Kate Sputore, who is coastal and marine program manager at sustainability organisation Perth NRM, told Business News there was a long-term possibility that beaches would be lost through erosion and dune movement if they were not carefully managed.

“But we’d start to lose those actual beaches.”

She said many dune systems were degraded, with no native vegetation on them.

“Dune environments are pretty dynamic anyway; they move a lot, but the plants definitely keep those dunes in place.

“Without them we’d have a lot of dune blowouts, sand blowing inland all the time.”

There were many threats to coastal ecosystems, she said.

“You’ve only got a really narrow strip between the water and housing, roads or public infrastructure, so it’s fairly fragile.”

Western Australia has more than 12,000 kilometres of coastline, according to Tourism WA. 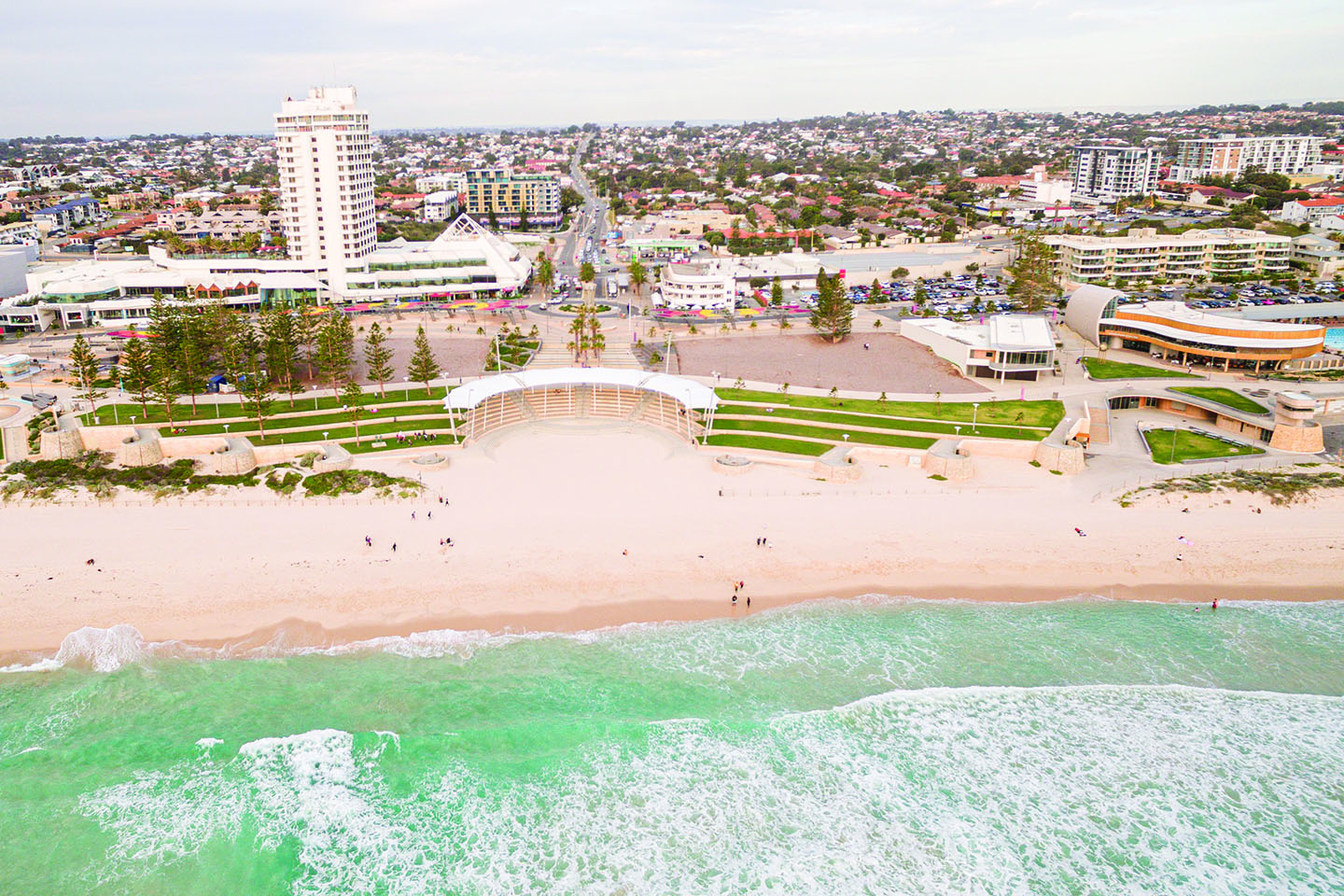 Local and state politicians and the communities they serve have long been engaged in a difficult debate over how best to strike a balance between keeping beaches as natural sanctuaries and coastal activation through developments.

Beachside development has historically been unpopular in Perth, although there is gradual change.

A major recent project was at Scarborough Beach, where the Metropolitan Redevelopment Authority spent more than $100 million.

The site features an amphitheatre, swimming pool, skate park and a hill for watching sunsets.

Private investors have followed suit, with at least $5 million spent on nearby bars and cafes in the past two years.

The beachfront is used for Fringe World events, dance nights and markets.

There are more coastal developments on the way, including LandCorp’s Ocean Reef Marina, and redevelopment of the Indiana Tea House in Cottesloe led by Andrew Forrest’s Minderoo Foundation.

City of Joondalup Mayor Albert Jacob has been advocating for the Ocean Reef development for most of his public life.

“Coastal activation is important to me,” Mr Jacob said.

“There’s a whole social side around the coast, and if we don’t activate our coastal areas, (people will meet up) in shopping centres.”

He said the marina would include about 1,000 dwellings and a boat pen, with boating a popular recreation activity in the northern suburbs. 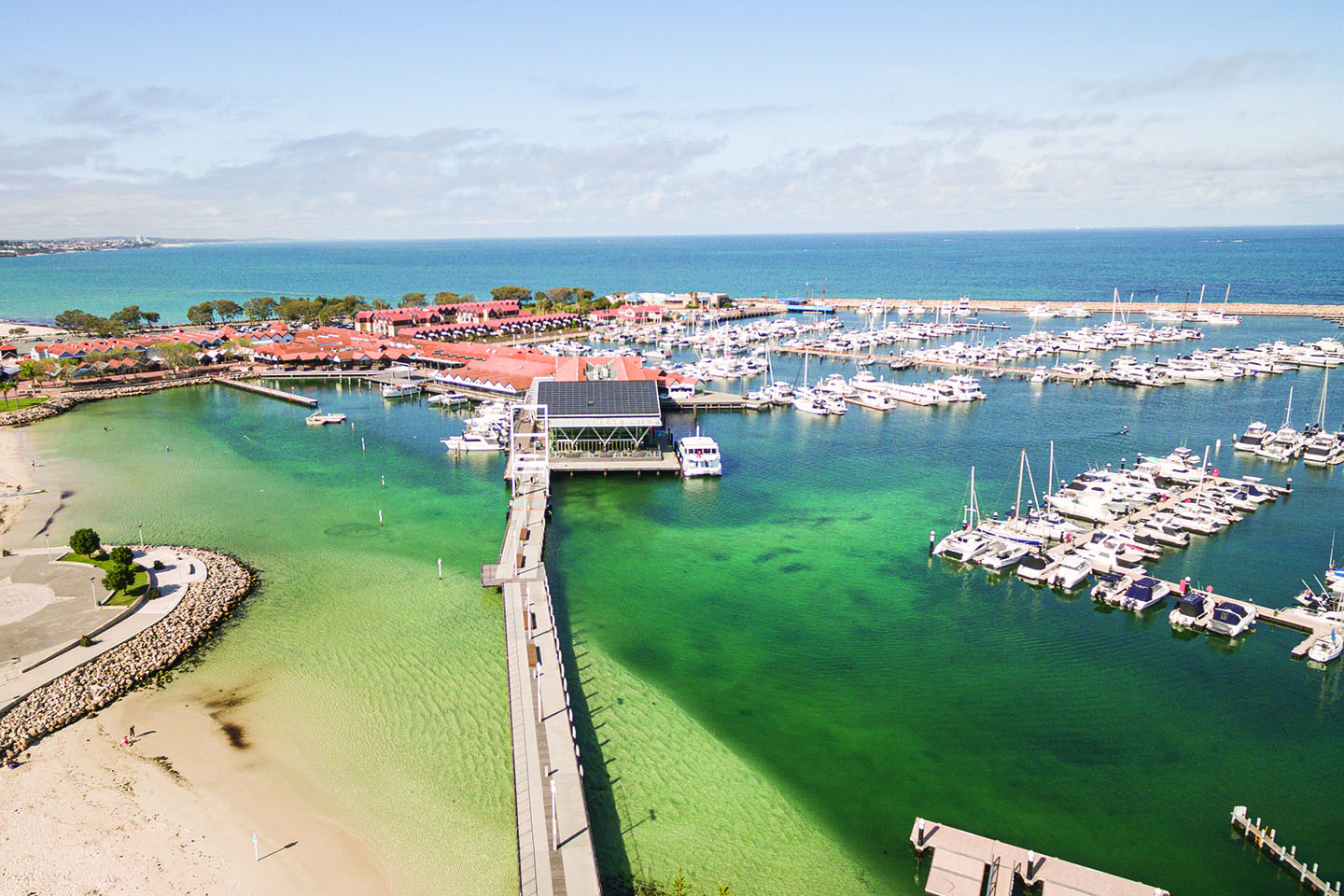 In addition, there are plans to activate other locations, such as at Burns Beach foreshore and Pinnaroo Point.

“We ran a bit of an experiment last year … (we ran) a night food market at Burns Beach,” Mr Jacob said.

“We never had less than 2,500 people rock up a night; we ran that every Wednesday night throughout summer.

“There’s clearly a community appetite to activate our coast better, and as a gathering place.”

He said nearby Hillarys Boat Harbour was the second most popular tourism destination outside the city, after Rottnest Island.

Committee for Perth chief executive Marion Fulker said Hillarys was a great example of a successful coastal development and one of Perth’s most visited places.

But 30 years ago, Ms Fulker said, people had been lying down in front of bulldozers to stop it.

She also said the Scarborough redevelopment had been a huge success.

Cottesloe does not fare as well by comparison.

“It deserves more,” Ms Fulker said, adding that it was like a museum, remaining as it was 50 years ago.

“When you look at the built form around Cottesloe, it’s old fashioned and out of date.”

She acknowledged the importance of getting the right balance, however.

Ms Fulker told Business News that Committee for Perth surveys of residents and potential visitors had found the city’s natural beauty was a key quality that made it unique.

The best activation of beaches or other places would need to be accessible to everyone, not just cut off for private uses, she said.

ABN Group managing director Dale Alcock is hoping to ignite more conversation around how best to harness the city’s natural beauty and other unique characteristics.

“I’m a resident of Perth, I love Perth, I’m a business person second. I want us to have the best possible city and environment going forward,” Mr Alcock said.

Areas near the Fremantle rail line, on Stirling Highway and near beaches would be perfect for building vibrant, denser communities, he said.

“If we like the idea that there’s a coffee shop on the corner, or a little local bar or craft brewery… all of these things come as a result of having density.”

The tea rooms at Cottesloe are to be redeveloped. Photo: Gabriel Oliveira

Leighton Beach was an example of a compromise outcome that should be avoided, he suggested.

“The development at Leighton Beach doesn’t attach itself to anything, it sits there isolated,” Mr Alcock said.

“That outcome is the result of a protest, the original master plan was pulled back dramatically.

“If you jump on the train at Cottesloe and go to Fremantle, the train goes through a wasteland there. That could be so much better.”

Mr Alcock was not just focused on the western suburbs, however.

He said activating beaches should be considered all along the metropolitan coastline.

“It would be a nice proposition to be able to watch the sunset sitting on the beach on a deck, seasonal pop-up cafes, wine, a craft beer, a light meal and watch the sun go down,” Mr Alcock said.

Mr Alcock also offered support for a recent proposal by GroupGSA architects for a swimming pool on a barge off Elizabeth Quay in the Swan River.

The concept would have low cost, low impact and high amenity, he said.

Committee for Perth’s Ms Fulker said the community should consider how to make the most of the Swan River.

“The access to the river, you’ve got to have a boat or be taking a ferry,” she said.

“If we want to have a more publicly accessible, available (river), you’d have a ferry system.”

The existing system only includes trips from South Perth to the city and to the new stadium in Burswood, and could be expanded on, Ms Fulker said.

But for that to work, she said there would need to be density in nodes on the river.

There have historically been controversies about riverside development.

One example in Committee for Perth research was the Raffles Waterfront Development in Applecross, which was completed in 2006, more than a decade after a redevelopment proposal was put forward.

That initial proposal was met with criticism partly because of plans to demolish the hotel, built in the 1850s and later renovated (1937) in art deco style reminiscent of its namesake in Singapore.

A Multiplex proposal for a 17-storey building attracted 1,216 public submissions, with only 40 approving of the height.

The development of the Old Swan Brewery site was an even longer process, starting in 1985 and completed in 2001.

Local Aboriginal people, the RAC, the Kings Park board and the state opposition opposed the brewery rebuild, according to Committee for Perth research. 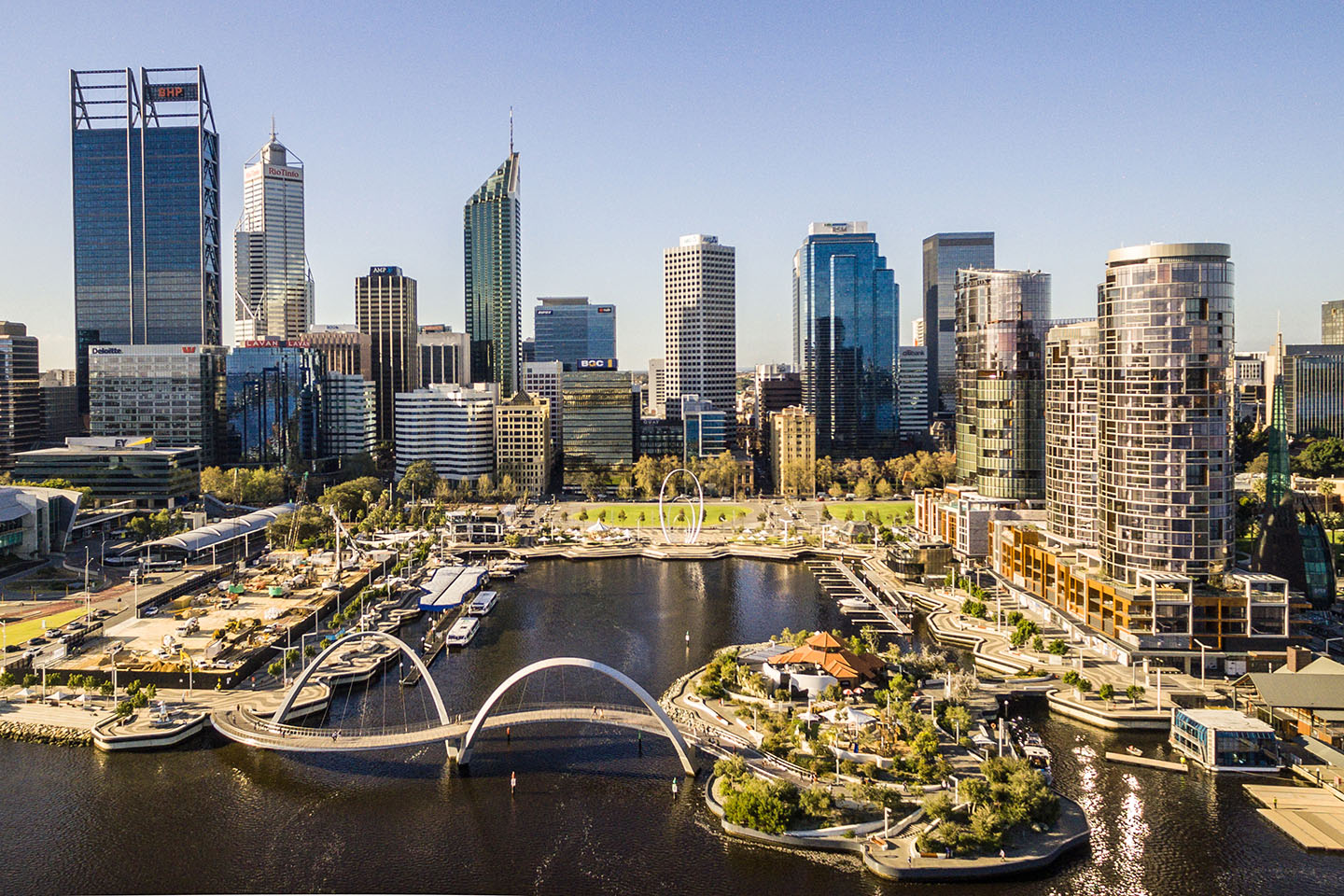 Elizabeth Quay is where the city meets the river. Photo: Gabriel Oliveira

The flagship riverside development in Perth in recent years has been Elizabeth Quay, which was officially opened in 2016.

In the year that followed, there were about 6.6 million visits to the quay, the state government claims, and it also won the Urban Development Institute of Australia’s award in 2018 for best urban renewal.

Elizabeth Quay has since hosted events as part of Fringe Festival, the Perth International Arts Festival and the Australian Arcadia Spectacular show.

As with many proposed foreshore developments Elizabeth Quay faced vocal opposition, and its construction and completion marked a near 40-year period of discussion and debate about how best to use the area and link the city to the river.

Former premier Colin Barnett, who drove the development, said at the time that the city had become disconnected from the river, particularly because of the freeway interchange at the western end.

A report by Deloitte Access Economics estimated Elizabeth Quay would contribute $637 million to the state’s gross domestic product in the decade after it opened.