One of the challenges in running a university, like many not-for-profit operations, is the search for private benefactors to boost the funds available to offer their services. 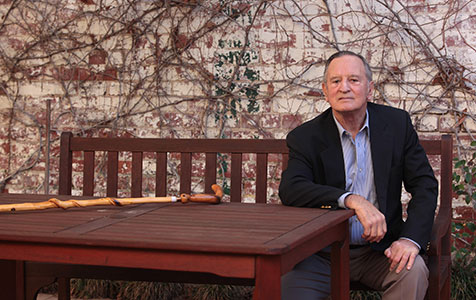 One of the challenges in running a university, like many not-for-profit operations, is the search for private benefactors to boost the funds available to offer their services.

And, just like many charities, those donations and bequests often come with strings attached, requiring the money to be spent in a certain way.

The University of Notre Dame Australia vice chancellor Celia Hammond said that it can often be difficult to reconcile the desires of donors and the needs of a university. Sometimes the administration of such funds can be costly too.

But Ms Hammond is heartened that the university’s first ever privately conceived and funded professorial chair – the proposed Churack Chair of Chronic Pain Education and Research – is a perfect fit with the institution’s strategic objectives.

The $1 million donation by businessman Geoff Churack, a well-known car dealership owner with a 50-year career in Western Australia, and his family, will start a new line of medical expertise at Notre Dame in a field that the university and its benefactor believe has been badly overlooked.

The ability to shrug off problems or push through difficulties might have served Mr Churack well during his business career but it is to his great regret that such mental strength was less rewarding during the sunset years of his active sporting career.

Mr Churack admits that his desire to stay playing tennis with his mates by ignoring injuries and physical alarm bells was the start of a long journey during which pain rarely leaves him.

He has endured more than six years of debilitating neuropathic pain – created by nerve damage or disease – severely curtailing his quality of life as he moves into retirement.

His efforts to solve the problem have led him down many frustrating dead ends, and to discover that an estimated 3.5 million Australians find themselves similarly diverted from normal life by physically debilitating bouts of agony.

The lack of knowledge in an area where such a vast number of people are affected prompted his determination to help medical science find an answer.

His efforts to find a solution to his own suffering, including irreversible surgery, have left him exhausted but not defeated.

For better part of a year, Mr Churack and his wife Moira have been preparing to fight his malady in the only way they think is left for them – by funding research which might relieve those suffering chronic pain in the future.

"It is probably too late for me," Mr Churack said, standing with the aid of a cane at the launch of the chair last week in Fremantle.

The businessman made his wealth mainly in partnership with another dealer Frank Schwarzbach. The pair have been involved in many of Perth’s best known car yards since they started business together about four decades ago.

Mr Churack said his remaining direct dealership interests were in the regional centres of Busselton and Geraldton.

He has spent more than two years developing plans for the Churack Chair. The public launch of the chair, of course, is only the start of his next challenge. Another $2 million is required to establish the chair which will guide research, in conjunction with Murdoch University, into chronic pain across a range of health courses it offers including medicine, nursing and midwifery, physiotherapy, health sciences and counselling.

Notre Dame school of medicine dean Professor Gavin Frost confirmed his vice-chancellor’s view that the proposed new chair fitted with the Catholic university’s charter because many sufferers of chronic pain were the underprivileged.

Bequests and donations make up a considerable ancillary income stream for many WA universities, according to the annual accounts of the four local public institutions. The University of Western Australia, for instance, received nearly $33 million in donations and bequests in 2012, up from $15 million the year previous. Curtin University received almost $2 million, down from about $2.3 million.