Two WA choirs that provide a break for people living with disadvantage are at risk of being wound-up if they don’t secure sponsorship. 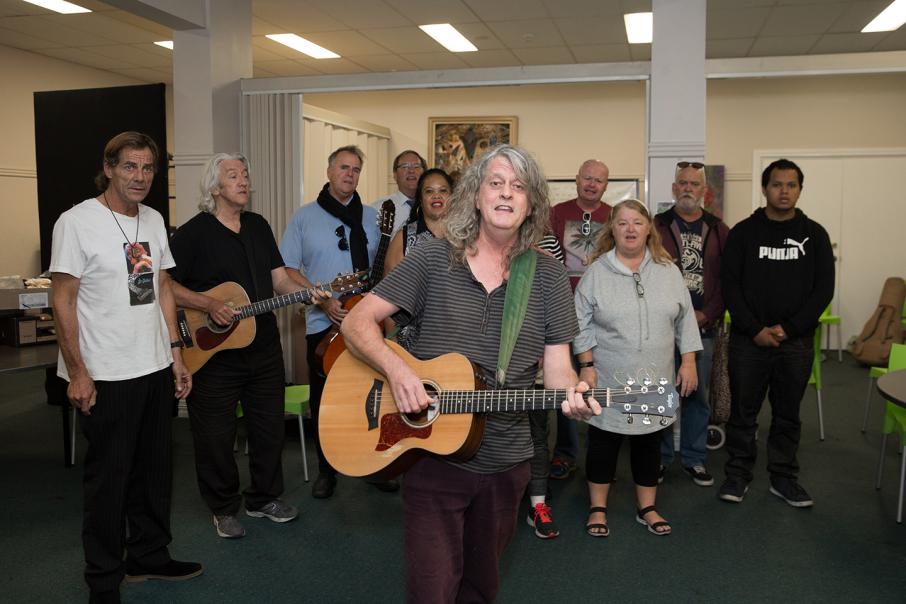 A creative and uplifting way for Perth’s homeless and those struggling with mental health to find their voice is facing an uncertain future.

For more than a decade in Western Australia and other states, singing in a choir has helped provide disadvantaged people with joy and relief from a life of isolation.

In Perth, however, St Patrick’s Starlight Hotel and Spirit of the Streets choirs might have no option but to turn away members if they fail to secure new funding before June, once their partnerships with the Mental Health Commission end.

Each choir is aiming to attract about $30,000 per annum over a number of years, in line with previous funding, primarily to be put towards staffing costs for coordinators, and occasional venue and bus hire.

“That’s been terrific, but ideally what we’re looking for is to partner with someone who can see our value and would be willing to sponsor for a number of years,” Mr Johnson told Business News.

Mr Johnson, a musician and Tafe lecturer of a course designed for people with mental illness, formally founded the choir in 2007 after moving it into St Pat’s homeless shelter.

Named after the ‘hotel of stars’, under which many homeless people sleep, the choir has grown to about 30 members with a core group of 15 and performs about once a week at high schools, retirement villages and community events.

“For the homeless shelter it really changes the atmosphere of that space; it can be a really dire place.”

He said St Pat’s, which had recently brought on a new chief executive, Michael Piu, was supportive of the choir, but its priority was to provide crisis accommodation, food, and social workers for people without homes.

Having been founded by musician Bernard Carney and vendors of The Big Issue magazine in 2007, Spirit of the Streets (SOS) takes a similar approach to helping people without homes or who are otherwise disadvantaged.

The choir, based at St Albans Church Hall (where it rehearses weekly), has about 80 registered members with an average of about 30 members present for performances held throughout the year.

Mr Carney said SOS had a board and released annual reports to detail its activities.

He said funding from the Mental Health Commission had given SOS a wealth of opportunities but it was time to locate a partner outside of government.

“Funding from the Mental Health Commission has given us the opportunity and confidence to put on major concerts at the concert hall, to produce a book, and to produce a week of singing for health week,” Mr Carney said.

In the search for long-term sponsorship, he said, SOS sought fundraising assistance about two years ago.

“We put someone on for six months and their job was to be a fundraiser because we knew the Mental Health Commission funding wasn’t going to last for ever,” Mr Carney said.

“She went to councils, she went to philanthropic organisations, knocked on a lot of doors and got nothing.”

Suggesting the state’s economy and bad timing were mainly responsible for that failure, he said SOS had since managed to put aside enough funds to keep it operating for 12 to 18 months after June, if no other opportunities arose.

Although no concrete agreement has been made, Mr Carney said he was hopeful a community partnership with the University of Western Australia would arise.

“We’ve just been involved in a big event with UWA,” he said.

“It was called ‘Love Never Failed Us’ and was for the launch of the End Homelessness 10-year plan.”