The attributes needed to build a good working relationship are the same in school settings as they are in business, says Wesfarmers chairman Michael Chaney. 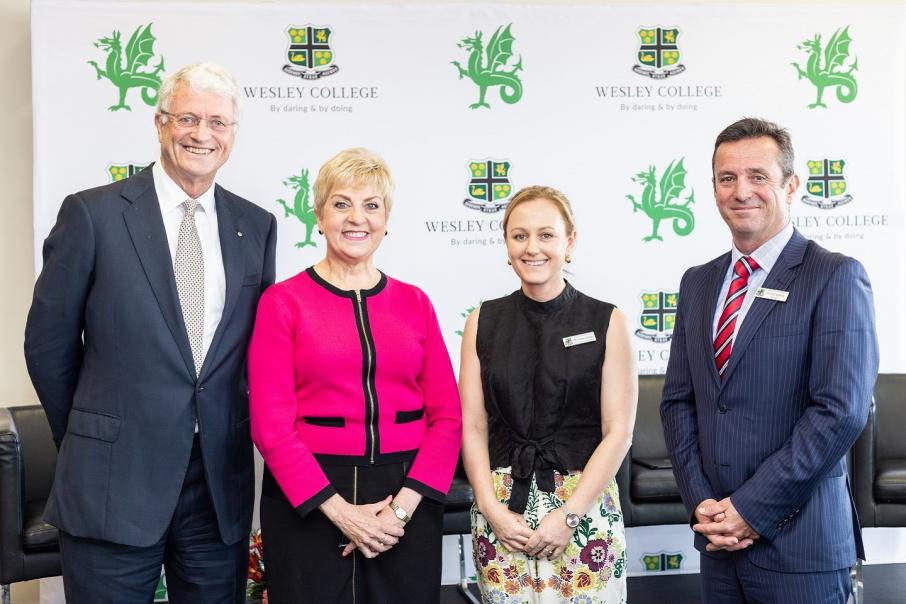 Good communication and personal rapport are essential components in any good working relationship between a principal and his or her assistant, according to former University of Western Australia chancellor Michael Chaney.

Mr Chaney and Suzanne Ardagh, who was his corporate assistant for nine years until January 2001 during his time as managing director of Wesfarmers, addressed an audience of principals and assistants last week about how to maximise their working relationship.

Mr Chaney told the event, which was facilitated by Wesley College headmaster Ross Barron and his executive assistant Anna Sellings, that he knew from his first day working with Ms Ardagh she was the right person for the role.

“I think it goes to the issue of what makes a good assistant, and I think there are a couple of good characteristics,” he said.

“Obviously, if you’re going to be an assistant, it’s helpful to know how to type and put together a presentation, but I wouldn’t say that’s essential.

“You have to be bright, well-organised, a good time manager and be prepared to work hard and outside of regular hours.

“I think our relationship worked from the start because she had those characteristics.”

Mr Chaney and Ms Ardagh, who heads the board advisory practice at Lester Blades, agreed that having a personal rapport was important, with Ms Ardagh emphasising open communication as key to their successful working relationship.

She said one habit she developed while working with Mr Chaney was allotting five minutes in his schedule at the end of every day to discuss administrative issues that often went overlooked in the rush of the work day.

“For me, it was important to get feedback … and also grab the opportunity to have a quiet chat, because it’s not fair to make assumptions,” Ms Ardagh told the forum.

“As principal, you can assume your assistant is happy and that it’s all working, but I think it’s important to touch base every so often.”

Ms Ardagh said she had often seen assistants fail when leaders didn’t fully utilise their skills, relaying her experience working with the Australian consular general in Vietnam after she left Wesfarmers in 2001.

“I only worked there for a year … he was a delightful man, but he had too many people at him at a time and I don’t think he allowed me to look after him as well as I could,” she said.

“He wasn’t utilising my skills [and] I knew I could contribute more.”

Mr Chaney echoed those comments, saying it was important for assistants to see themselves as a point of liaison for leaders.

“There’s a fine balance for an assistant between maintaining confidentiality and being part of a team, and where I’ve seen them fail is where they’ve set themselves up as a barrier to the chief executive,” he said.

“You have to be approachable.”

Speaking to Business News after the event, Mr Chaney said what he learned about working with his assistants was broadly applicable to all his leadership roles, including his time as chancellor of UWA.

“I don’t think there are any material differences (in the relationship),” he said.

“I think the sort of things we describe in respect to where a relationship works well can apply to education as well as business.

“It’s about having a rapport, and the assistant being able to provide support to the chief executive, principal or vice-chancellor [in a way] that eases their burden administratively, anticipates their needs, looks after logistical arrangements and allows them to get on with doing their job.”