Case for renewables, but coal will power on

Wind and solar generation backed by storage are competitive with coal and gas, according to a recent report by the CSIRO, but that does not mean coal-fired generation will be out of the picture. 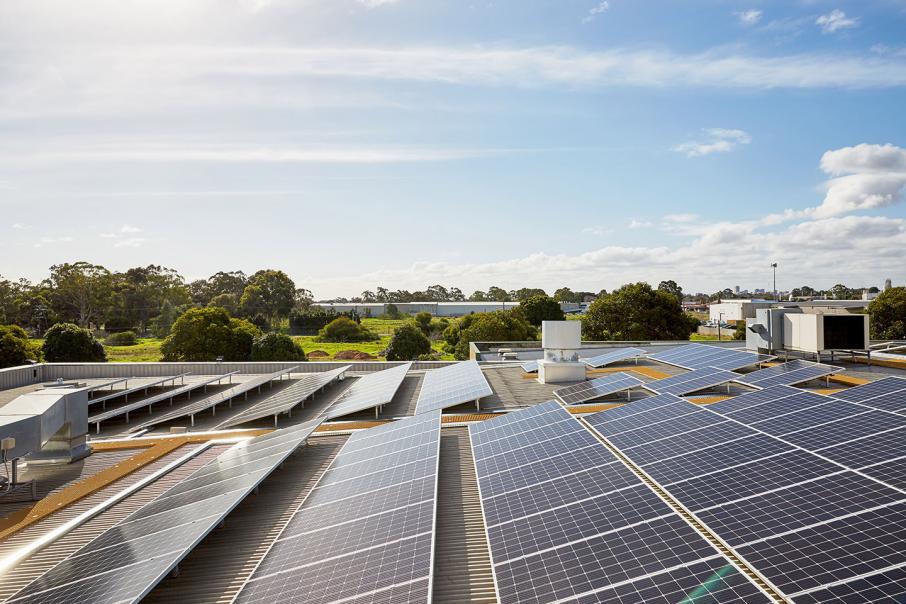 Western Australia has a very high level of solar penetration.

Wind and solar generation backed by storage are competitive with coal and gas, according to a recent report by the CSIRO.

The cost of new-build black coal power, including capital and operating expenses, is about $80 to $110 per megawatt hour, while gas ranges from $70 to $120/MWh (see chart).

New wind and solar photovoltaic are roughly $50 to $60/MWh, if treated as standalone sources. 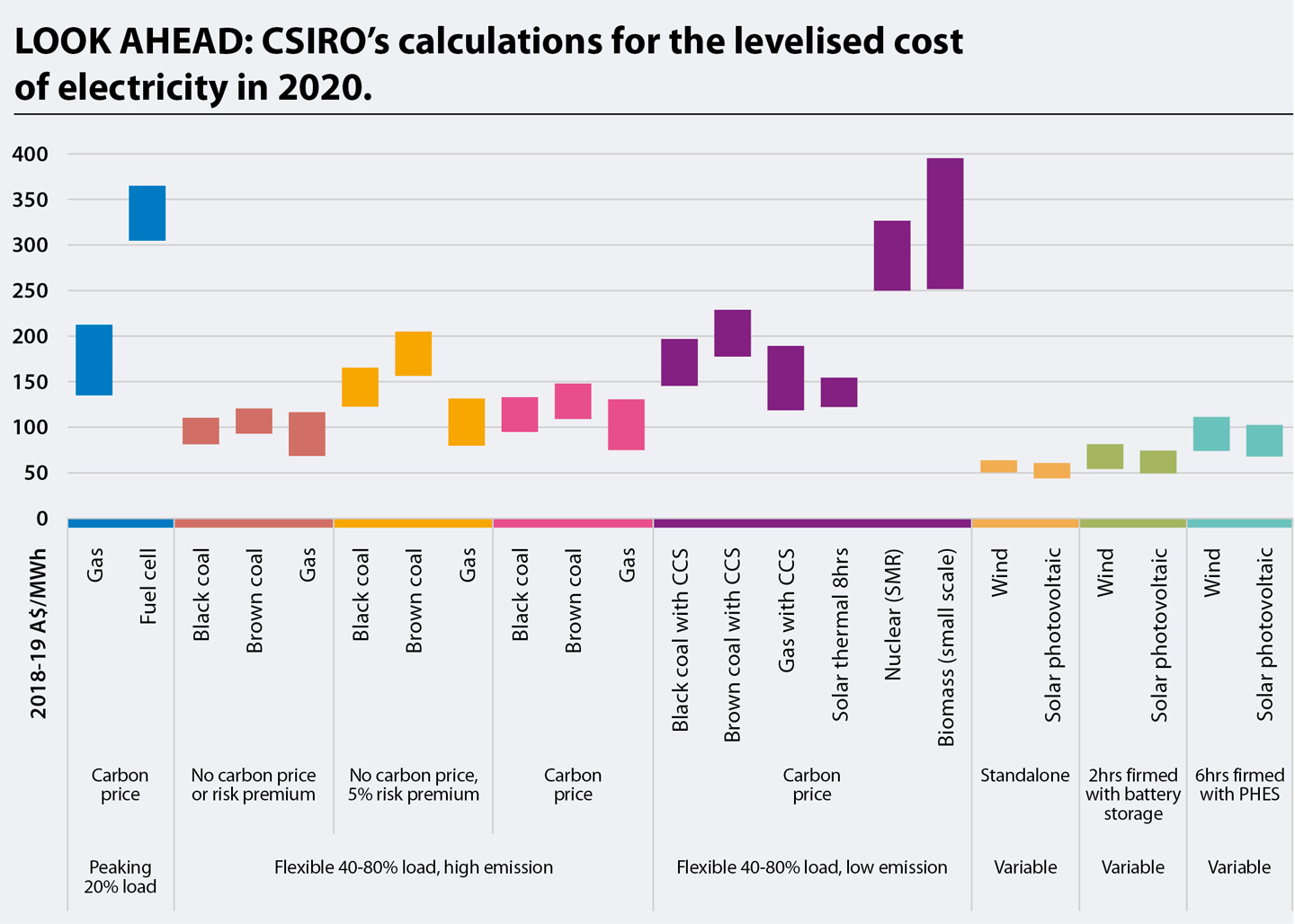 However, complicating any cost analysis is the fact there is no clear method to model storage requirements for renewables.

Backed up with six hours of pumped hydro storage, in itself possibly an excessive assumption, both are actually in the ballpark with new-build coal.

It’s another additional factor that actually prices new-build black coal out of the market, with investors requiring a 5 percentage point risk premium on the basis coal might be stranded by future climate policy.

Existing coal comes in at a lower cost, reportedly around $40/MWh, because of depreciation, so coal plants still within operating life are currently cheapest.

That suggests power providers won't be rushing to shut down existing capacity, save for a more punitive carbon policy.

Wind backed with storage is slightly outperforming fossil fuels on calculations for 2030, assuming no carbon price or climate risk premium for coal.

But either factor would quickly make coal vastly more expensive, with a carbon price doubling its cost.

It gave an indication that the impact of inconsistent renewable supply on coal had not been as significant as previously predicted.

One concern about variable production from renewables is that the supply fluctuations require coal generators to ramp-up or down their output to ensure a stable aggregate load.

They are not designed to do that, so the thinking is it leads to higher costs.

The ERA is not too concerned just yet, however.

“From analysis of Synergy’s generators, the ERA has not found any strong evidence to suggest that (rooftop) solar generation is causing widespread changes to generator run time durations or start up frequencies,” the report said.

“However, if the changes in network demand persist, and generators are dispatched differently in response, this could affect future balancing market prices.”

New renewables entering the market would lower supply prices but raise costs for other services, the ERA said.

There was another caveat.

“Once the renewable energy target is withdrawn, it is unclear whether investment in wind and solar generation will continue at the same level,” the report said.

“If you want to build new generation, wind and solar come in way cheaper … even when you start adding storage.

“(However), my view is you still need some thermal generation, just to provide other services.”

He said gas was a much better option to back up renewables than coal, although existing baseload power would still be needed, particularly at night, for some time.

“If you want to back up renewables, gas is a much better option.”

All of that comes as the US-based Brookings Institute released a paper modelling the impact of the Paris climate agreement on Australia.

But exiting the treaty would not even go most of the way to ameliorating that impact, according to Brookings.

GDP would instead fall about 1.8 per cent, as carbon prices overseas will still impact Australian exports, and reduce demand for Australian products.