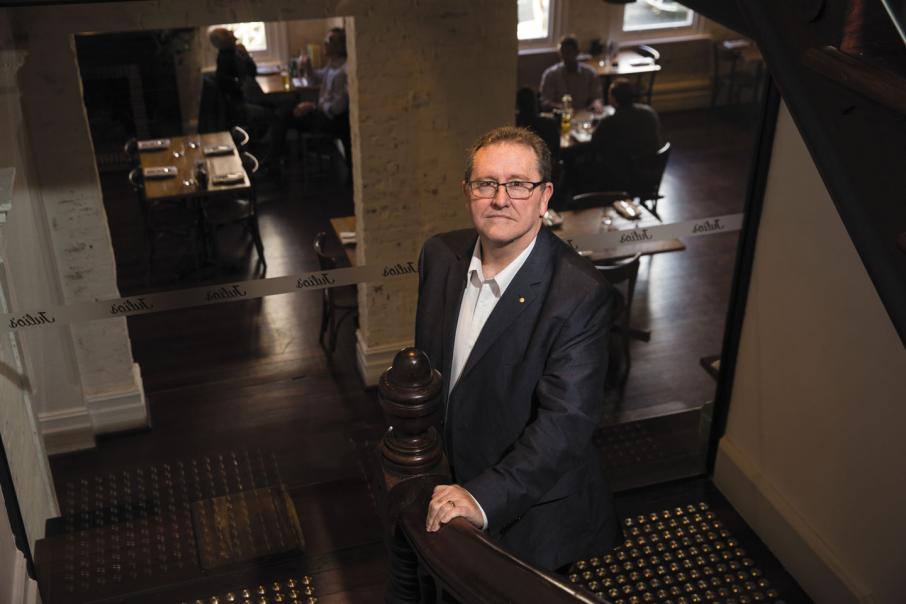 For Wayne Belcher, aged care administration was very much an accidental career, quite literally. “During the mid-1970s I was in a fairly severe car crash and ended up in hospital for 18 months to two years, on and off,” Mr Belcher said.

“That is where I picked up the liking for health administration and healthcare generally, and my aged care experience came out of that.”

Mr Belcher’s career path did not veer straight to aged care after his stint in hospital, but rather to healthcare, including with the state government.

However, perhaps due to the strong religious connection many service providers have, by the 1980s his professional focus was increasingly on aged care.

Now, decades later, Mr Belcher, who was brought up a Baptist and remains a man of deep faith, has ended up as one of the sector’s most experienced leaders. He has worked as an adviser to the minister for ageing in John Howard’s federal government and was awarded a Medal of the Order of Australia in 2007 for his contribution to aged care.

He still has much to say, albeit cautiously and respectfully, about how the sector needs to be managed, regulated and funded.

All that started in the early 1980s, when he took a role with aged care provider Central Methodist Mission Homes, which is now part of Juniper Care.

After that he rejoined the state government, before heading to Silver Chain for seven years. He then spent 17 years with what became the Bethanie Group as CEO before retiring in 2011 to seek out a new life as a Baptist minister, at a Joondalup church, in which he remains heavily involved despite returning to full-time work in aged care.

Last year, Mr Belcher returned to the industry as caretaker CEO at Baptistcare before taking on a permanent role as chief executive of Braemar Presbyterian Care, the 17th biggest aged care provider in Western Australia, according to the BNiQ Search Engine, based on 218 beds.

“It is interesting to find myself based in Melville just up the road from where I went to school,” said Mr Belcher, who grew up Mount Pleasant and attended Applecross High School.

Mr Belcher sees his religious background as important to his leadership role in aged care, a field that is focused on the sunset period of its clients’ lives and all that entails for them and their families.

“I think that (faith) has helped inform the way I like to see people cared for and provided services to,” he said.

“Certainly I can ensure that certain faith-based things happen, whether its Presbyterian tradition or Baptist tradition or any other of the Christian denominations and even with non-Christian traditions; it is up to us to make sure that people have access to a person of their faith background at a time of need,” he said.

Despite his own beliefs, Mr Belcher said religious commitment was not a requirement for those wanting to work with the faith-based groups he was (and had been) involved with.

“I think that is practical,” Mr Belcher said.

“What I can expect of staff in the workplace is that, as far as they can, they will uphold the mission and vision we have.

“There are times when we all need to be reminded.

“The fact that I am having a bad day does not give me the right to mistreat someone.”

Mr Belcher has worked in the not-for-profit sector for almost his entire career. Importantly, aged care is a field where both NFPs and their for-profit rivals engage in major competition.

He believes the playing field is more level than many think. While NFPs, he said, could channel surpluses back into the business and could offer some attractive conditions for staff, those benefits were balanced against depreciation that regular businesses could charge across their big asset bases.

Those that pay a dividend also have access to capital in a sector where building and development are a significant part of the business.

As a new arrival at Braemar, having had time out of the sector, Mr Belcher said he was looking at areas the business could specialise in, including dementia and a palliative approach to care.

He said dementia, a growing issue in the aged care sector, involved a big cultural shift, with significant training and process changes that would be developed as a service over the next five to seven years.

Mr Belcher said dealing with dementia was a balancing act between freedom and restraint, the latter being a word that was fraught but appropriate.

“The other area I think will be more prevalent over time is not so much palliative care but a palliative approach to care,” he said, reflecting the fact that so many people end their lives in aged care facilities.

The average stay in Braemar is about 18 months, and that duration is falling as clients stay in their homes longer and arrive with higher care requirements.

“I can argue with the best about the right to die and the rights of the terminally ill; I just want people to live and be able to enjoy life as far as possible, that does take some clinical effort,” Mr Belcher said.

“I think that is important as a society.”

One of the biggest challenges facing the aged sector is that, as people come in later for shorter duration, their needs are more acute. This type of client and higher turnover increases costs in skills required, administration and vacancy rates, and takes a higher emotional toll on staff.

All this is taking place as the disability services sector, which competes for similar employees, enjoys greater funding and is rapidly expanding as a result.

“We are really becoming step-down hospitals, which tinkers around the edges of whether the funding is appropriate,” Mr Belcher said.

“That is something we have to come to grips with.

“It is going to be a constant tension. As people’s frailty increases they are with us a shorter time; the clinical needs of organisations are going to grow, we will need more trained staff, better skilled staff to meet those needs, and that is where I have some concerns about where the funding is.

“I think we may be cutting things so close that we are not being seen as hospitals but we are required to meet hospital outcomes.”

Mr Belcher remains convinced that, despite the funding issues and the occasional bad headlines aged care gets, it has a rosy future for both individuals looking at careers and businesses seeking growth.

“I think there are awesome opportunities for people to grow in this sector,” he said.

“Working in human services can be a struggle, so we need to know who we are,” he said.

“The reality of ageing is such that, depending on which data projections we look at, we could be 50 per cent under what the targets for places in Australia are by 2025, and that is about 150,000 places.

“I am not sure the Commonwealth will want all those to be funded because of this issue of funds and (hence), therefore, the recent profound effort being put into community care, but community care is not the answer to everyone’s needs.

“The need to (provide) residential aged care will continue to grow and I would not say exponentially but certainly not in a straight line over the next 25 to 30 years.”