The Anglican Dean of Perth draws on his experience as an Olympic water polo player to help guide him as a leader and mentor in the church. 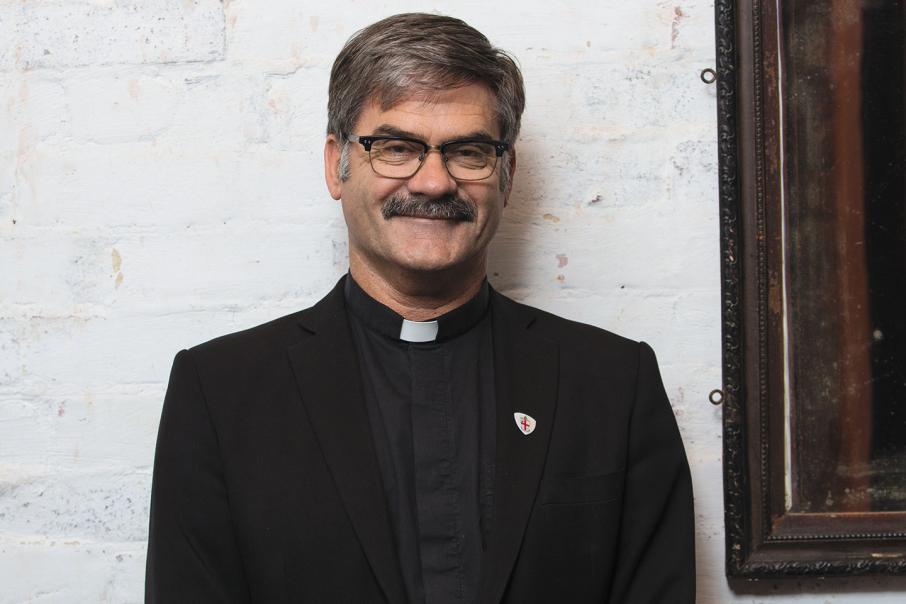 Richard Pengelley says his trick as a leader is to say "you’re all welcome". Photo: Attila Csaszar

An early upbringing in the Middle East seems like an unlikely start to both a sporting career and, in turn, a decision to pursue a religious vocation.

But for the Very Reverend Richard Pengelley, the Anglican Dean of Perth, swimming was one of the few options for entertainment as a child in Bahrain.

When his family moved to Australia, swimming begat water polo, which begat physical education studies. In turn this led to work at Hale School where the already devout Christian later switched from his aquatic sports focus to being school chaplain and eventually joined the priesthood.

In the middle of this he was also a dual water polo Olympian, in Los Angeles and Seoul, earning the vice-captaincy, and may well have gone on to a third as captain had he not decided that pursuing religious studies was more important.

“By then I’ve got one child, another one on the way, probably going to be the captain of my national team,” Dean Pengelley told Business News.

“Or do I go to this crazy chaplaincy idea, which I did in 1989 as a 29-year old, not having any idea where it was going to lead.

“I kept playing water polo at a national league level for a while, you can’t just give it away but it was a very significant decision.

“It felt better and I’ve never regretted that, ever.”

Dean Pengelley’s shift into religion full time was not by any means sudden. He said he had often run lunchtime bible study and taught divinity at Hale, but he credits the school’s headmaster, John Inverarity, a former test cricketer, for suggesting he take on the chaplaincy, and then-Archbishop of Perth Peter Carnley, who broke with tradition, and allowed him to train on the job.

He said initially he had no desire to pursue the priesthood but the challenge of the chaplain’s role, including leading funeral services of young men, prompted him to better prepare himself through the studies that led to ordination.

“I realised that this was the most profound ministry to people,” he said.

“In the loss of a loved one but particularly the tragic loss of a child, it is the most profound ministry. There are often no answers.

“It’s just walking with people and getting alongside them.

“And I felt that was going to be more effective as a priest: ordained, trained by the church, empowered with a bit more knowledge, experience and resources.”

Intriguingly, Dean Pengelley believes there was considerable merit in growing up playing a tough sport such as water polo. It provided a different perspective to the kind of eye-for-an-eye retaliation that is often seen in modern life, including in the pool or playing field these days.

“Physical sport is a good way to teach young men that there are rules and boundaries around how you respond to being intimidated,” he said.

“I’m very much of the opinion I’d like to see, if we just take Christians for example, in all walks of life doing the best that they can.

“And I have no problem with there’s a ball, we’re both going for it, there’s a bit of a tussle, that’s fine.

“I do have a problem with premeditated violence, retaliation, some of the stuff you see under water.”

While the teamwork of sport, and especially the bonds created by a physical contact sport, is something that Dean Pengelley values, the priesthood is a relatively lonely place, even for a leader such as the Dean of Perth.

“The way that the Anglican Church works is you have a diocese in which, it’s a broad area that goes beyond the metropolitan area. You have a number of parishes, you have schools, you have agencies like Anglicare, and Amana Living.

“And the parishes tend to be silos a little bit and the leader is often quite lonely, and on their own.”

Dean Pengelley said there was a structure, even if that was not quite how it was originally intended.

“You tend to bond with the priests who think a bit like you,” he said.

“There’s a really good side in that and we have different theologies, different ways of viewing ethical issues and understandings of God and practices of faith.

“There’s a real positive that you have this deep support from people who are like minded.

“There’s a risk that they become, again, other forms of silos and ghettos and you judge the others and the other groups.

“It is a particular challenge and I’m not sure we’ve created the church that Jesus would be entirely comfortable with. He seemed to work with small networks and little groups of disciples and didn’t build up empires and accrue material things.

“I’m not sure we’ve done that all that well.”

Nevertheless, the historic success of the church and its modern mission require Dean Pengelley to oversee a not inconsiderable business, with operational needs to be managed and an asset base to be maintained.

He considers himself a kind of mini-CEO of the Cathedral Square precinct which sits on St Georges Terrace at the heart of Perth’s CBD and includes some of the city’s most significant heritage buildings atop land of considerable value.

Due to historic events, the Dean of Perth has more management autonomy than a typical role in the Anglican Church. Perhaps, as a result, of this as much as the value of the assets and the diocese’s pivotal role in WA, governance is taken very seriously.

“I have some fairly heavy hitters on that board who are really important and some doctors and lawyers and priests and business people,” Dean Pengelley said.

“It’s quite sophisticated and nothing in your training as a priest prepares you for this.

“This is all learned quickly as you go or your organisation gets into rapid financial trouble.

“And you’re only as good as your next week and how many people come and who’s supporting that community.

“As well as the people who walk through the doors and, of course, we have tourism and visitors and all that kind of stuff as well.

“It’s the Perth community that say we value this building and these people and what they’re doing.

“Which is why I’m very keen to open our doors to as many appropriate events as possible.

Dean Pengelley also has to navigate the some times tricky world of politics and community views, which collide with religious views all the time, some times ahead of them, some times behind.

“My trick as the leader is to say you’re all welcome,” he said.

“This is a broad church, that’s thrown around all the time in politics, I know.

“This is a broad church, we can hold things together.

“You can come and find those words that you need for some security but you’re going to get nudged on some social issues.” 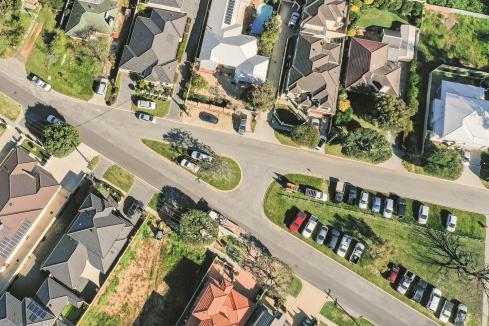