BLACKBURNE Property Group is ramping up its development activity with $110 million worth of projects in its pipeline.

The property developer will add three new developments in Subiaco, Perth and Claremont to its portfolio, and is due to complete construction of its Haven apartments on Wickham Street in East Perth by Christmas.

Upcoming projects include the Westgate offices in Subiaco - located on the corner of Bagot and Railway roads - and Luxton apartments on 87 Bulwer Street. Construction started on the former, and demolition work on the latter, last week.

Demand has been strong, according to Blackburne, with about half of the 71 Freshwater apartments committed to contract this week before they officially go on sale in a fortnight.

The 5,500 square metre, three-storey Westgate office development was developed and marketed by Blackburne.

It was designed by international architecture firm Hames Sharley and is being built by Northerly Group.

Managing director Paul Blackburne said 70 per cent of the office space had already been sold, with a late December target for the remainder.

Blackburne pre-sold 60 per cent of the 52 Luxton apartments in the first two weeks on the market; construction is planned for early next year.

The 71-apartment Claremont development located at 1 Freshwater Parade has 45 apartments under paid reservations due to go under contract this week.

Architects Hassell Studio designed the Freshwater apartments, which range between $480,000 and $1,795 million.

“The market now is as strong as it was in 2007, in terms of demand for affordable and well-located apartments,” Mr Blackburne said.

He attributed this growth to strong rental values and low interest rates.

RP Data’s ‘Buy vs. Rent’ report released this week emphasised this when it revealed that monthly mortgage repayments of 44 suburbs in Western Australia were cheaper than renting. 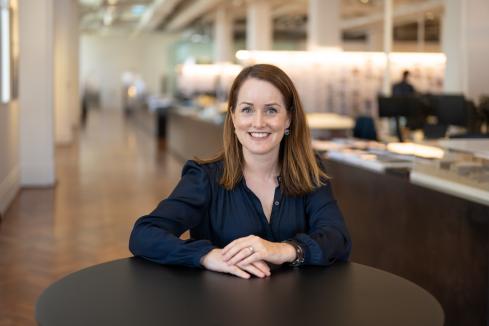