ANALYSIS: Positive news on employment and among some key commodities appears to mark a positive trend for the state’s economy, and Business News' BN30 stock index backs that up. 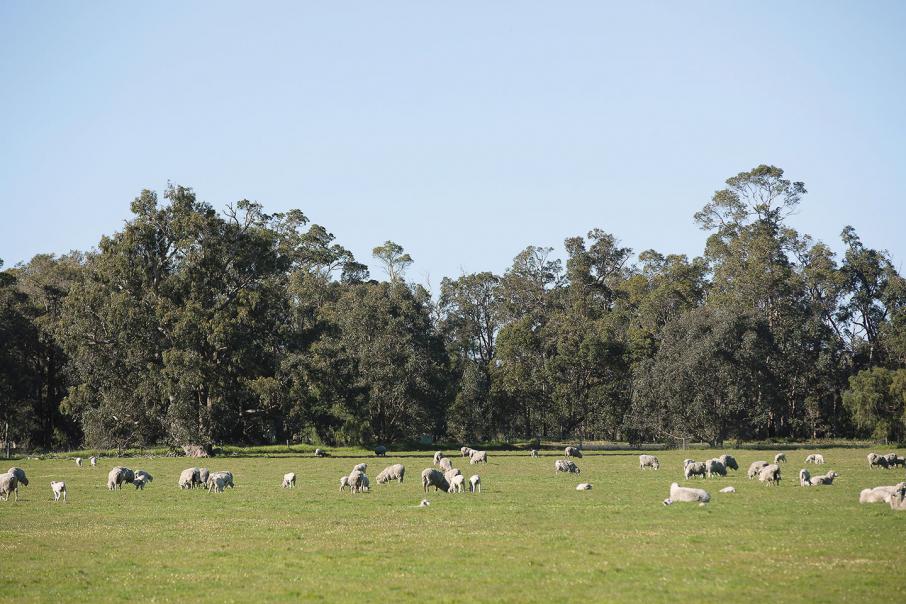 Chinese demand lifted the price for some grades of wool by as much as 17 per cent this month. Photo: Attila Csaszar

If high prices for Western Australia’s mineral exports are not enough to convince gloomy people that the worst of the state’s downturn has passed, then perhaps a surge in wool prices might do the trick.

Or how about 35,400 new jobs since January, and first signs of a rise in property prices?

Look anywhere, even at the depressed nickel industry, which is showing signs of life, and it is obvious WA has turned a corner and is on track to reclaim its role as a national growth leader.

Because there are many ways of measuring the past, and few ways of accurately looking forward, the flip from negative to positive is not yet being reflected in official data; but it is obvious in the BN30 stock index, a measure devised by Business News to take the pulse of the state’s economy.

Since it was launched early last year, the BN30, which is a composite measure of 30 ASX-listed companies that do most of their business in WA, has risen by 23.7 per cent.

The more interesting test, however, is to see how it has moved during the past two months 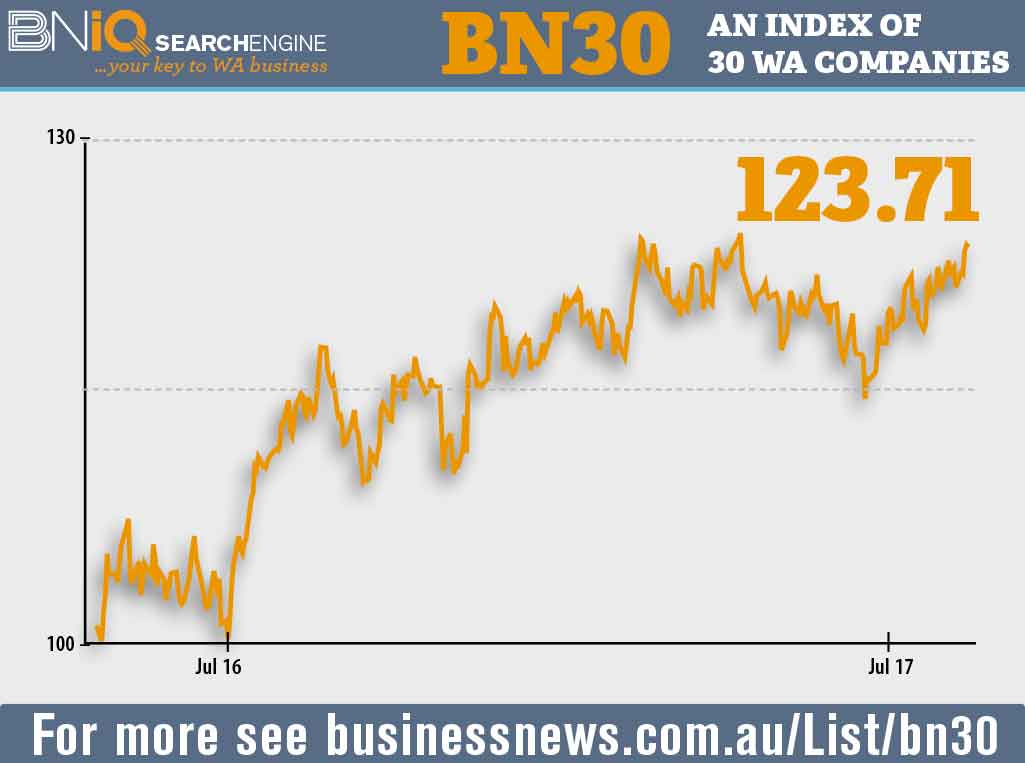 Structured like the Dow Jones Industrial Average of 30 leading New York-listed stocks, the BN30 has risen by 8 per cent since June 21, a much stronger move than the national stock exchange increase of 1.7 per cent as measured by the All Ordinaries index on the ASX.

What’s driving WA companies is the underlying recovery in commodity prices after several flat years. Iron ore and gold are leading the way, but another equally important raw material – wool – has moved up sharply this month.

Once a dominant feature of the WA economy, along with other agricultural exports such as wheat and beef, wool is no longer a headline maker in Perth; but it is important in rural communities across the state, and the recent uptick in the wool price was a welcome development.

According to industry research and lobby group Australian Wool Innovation, strong demand from China lifted the price for premium-grade wool by 4 per cent, in the week ending August 18, while lower quality wool rose by an eye-catching 17 per cent.

“The eastern market indicator (EMI) forged into record territory, with consecutive days of breaking the highest levels ever seen,” AWI said in its latest market report.

Wool is just one indicator of improving market conditions, but it is important because it shows that the state’s economy is benefiting from more than simply higher mineral prices, with gold sitting comfortably above $A1,600 an ounce and iron ore $77 a tonne.

Nickel, the sick man of WA mining, took a knock earlier this month when the Ravensthorpe mine was mothballed for a second time; but the positive news from nickel was a decision by BHP to invest in a new processing plant at its Kwinana nickel smelter to produce raw material for the battery business.

What BHP did was a small step for a big company, but for WA it was an important development, because adding nickel sulphate to its inventory of products confirms the state’s leading role in the fast-growing and globally significant electricity storage industry.

Nickel sulphate joins lithium and cobalt (which is produced as a by-product of nickel mining) to confirm WA as a world leader in the battery-metals business.

Measuring the impact of the commodity recovery can be done through forward-looking indicators such as the BN30 index, or by more conventional tests such as the unemployment rate, job creation and property prices.

WA is showing a positive trend on each of those measures, with unemployment down to 5.4 per cent (the lowest in two years and below the national average of 5.6 per cent), with the state adding a remarkable 35,400 new jobs since January.

The resources revival driving WA can also be measured in Queensland, Australia’s other big mining state, where coal and base metals such as copper and zinc are delivering much of the growth, along with LNG.

In July, according to the Australian Bureau of Statistics, job creation in the resource states led the way in a national increase of 27,900 full-time jobs, a result Treasurer Scott Morrison described as the best job growth in 40 years.

Bank economists are starting to see the improvement in Australia’s resources states even if the change is not yet being reflected in their data.

In its latest economic report, Westpac said WA consumers were much less negative about the outlook for jobs, with August data showing the best employment expectations since early 2012.

However, Westpac was less optimistic about an overall recovery in WA because the housing market remained under pressure.

Westpac noted that sentiment suggested the (property) market was close to bottoming out, though there was ongoing pressure on incomes and a large overhang of vacant dwellings and sharply reduced population growth.

“It may take some time yet for conditions to stabilise,” Westpac said,

Despite this warning about a slow recovery, there is evidence property prices have stopped falling after several years of decline, which has rubbed 11 per cent off average prices, taking them back to where they were five years ago.

The latest report from the research firm CoreLogic shows that Perth home values rose in the June quarter by 0.66 per cent. While it’s a very modest move, up is always better than down, and that increase leaves prices down just 0.84 per cent down on 12 months ago.

What the BN30, commodity price movements, and other data such as job creation shows is that the worst of the downturn is over and a rebuilding process is under way.

For business, which has to look forward, the indications are encouraging, even if some politicians persist in looking backwards, relitigating old election campaigns and talking about past events, rather than focusing on the positive economic trend emerging.