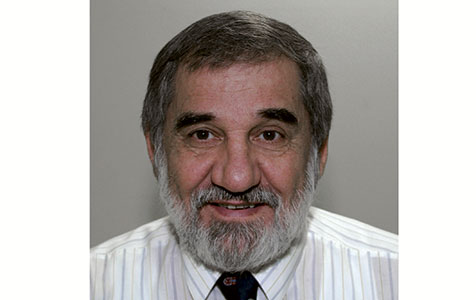 It’s so easy to forget that public debt has caused considerable strife for Australia.

Rarely highlighted is the fact that even two Australian government leaders were ousted from office because of borrowing practices; the first in 1932, when New South Wales premier, Jack Lang, had his commission withdrawn by Governor Sir Phillip Game, and 43-years later another Labor leader was similarly treated when Governor-General Sir John Kerr dismissed prime minister Gough Whitlam.

The Whitlam Government’s problems arose from adopting an “Executive Council minute which gave Minerals and Energy Minister Rex Connor, or anyone authorised by him, the power to issue a promissory noted for $4000 million on behalf of Australia.” (See: Lynched: The Life of Sir Phillip Lynch, Mastermind of the Ambush that ended Gough’s Run, by Brian Buckley, Page 6).

But the Whitlam ousting only temporary dampened Labor’s attachment to big borrowing.

He doubled this during his first three years.

However, from 1986 to 1991, the year he was ousted by his treasurer, Paul Keating, it was gradually cut back to $50 billion and stood at $55 billion at the leadership change-over.

But Mr Keating, who never ceases claiming he was a great treasurer, doubled it to $110 billion during his five prime ministerial years, which, thankfully, ended in 1996, to fall into Prime Minister John Howard lap.

One of the great achievements of the Howard years (1996-2007) was that he and treasurer, Peter Costello, doggedly trimmed it back to near the 1991 Hawke level; so to the $60 billion mark.

Then came the six disastrous and amateurish Kevin Rudd and Julia Gillard years during which Wayne Swan was, unfortunately, treasurer; from 2008 until the present.

Labor began at $60 billion and entering this September’s election campaign with it now standing at an unprecedented $270 billion, and heading for $300 billion.

In other words, it’s now well over a quarter of a trillion dollars, $20 billion more than double at Mr Keating’s departure.

Clearly an incoming Tony Abbott-led government will find itself in a far bigger debt bind than Messrs Howard and Costello did 17 years ago.

Thankfully shadow treasurer, Joe Hockey, is talking the language of restraint, which suggests we taxpayers are in for several tougher years because the time for sanity to have a fair go has arrived.

If he’s able to lighten the Rudd-Gillard debt burden by slashing it to say the $110 billion Keating mark after two terms he’ll deserve a medal of honour since that’s precisely what’s needed.

Ignore all the ballyhoo by so-called experts that big debt doesn’t matter and that this is gross not net debt.

There’s no excuse for imposing a massive debt burden upon future generations of Australians.

Furthermore, the spending and borrowing madness of the Rudd-Gillard years has meant our under resourced armed services were starved of funds for equipment modernization.

Not even outrageous taxing like that imposed on CO2 and the job boosting and foreign exchange earning mining sector dampened Labor borrowings.

Labor’s record of obsessive borrowing suggests a radical overhaul of practices is needed when it’s next in power.

What I’m suggesting is that it resolves to commission five economists and/or accountants whose appointments are ratified by a panel of Liberal-National Party opposition MPs.

And those economists/accountants, not any Labor treasurer, should have the power to administer Australia’s debt level.

Then came the Rudd-Gillard years with Wayne Swan, unfortunately, as treasurer when it was boosted from the $60 billion Messrs Howard and Costello managed to trim it back to, to a whopping $270 billion.

Federal Labor has shown since 1972 that it simply cannot administer debt when it has carte blanche control of treasury.

That being so it must, for Australia’s long-term good, voluntarily surrender its control over borrowing to such a panel of experts that’s confirmed by conservative oppositions.

We simply cannot permit another Labor Government after the Abbott-Hockey years, whenever that may be, to continue from the Rudd-Gillard ways to double debt to say the $500 billion or half trillion mark.

I, in fact, see no reason why any Canberra administration should have sole or monopoly say over deciding national borrowings levels.

Parliament should decide this issue in open non-Caucus binding votes!

Better still borrowings should go to referendum; since it’s the people who are saddled with repaying.