Aurora Labs has announced that its multi-level Rapid Manufacturing Technology is able to 3D print about 113kg of metal parts per day, an impressive 55 times faster than the general market speed. The company has flagged the potential to further increase its print speeds too by using two sub-units in its Alpha machine, which could almost double the speed capacity of the single unit configuration. 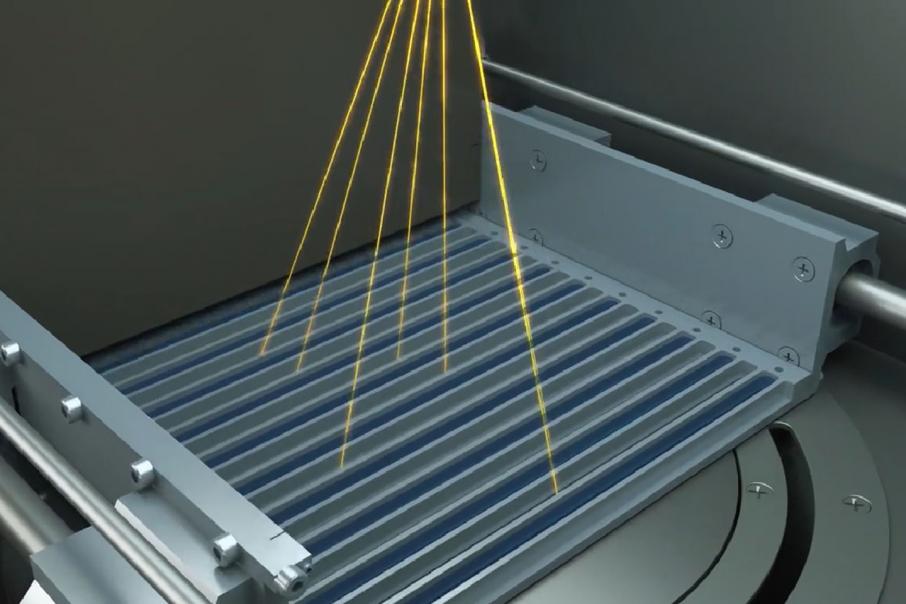 West Australian trailblazer Aurora Labs is on a journey to revolutionise the fledgling 3D printing industry by supercharging its printing times – the key metric for industries that are looking to switch to 3D printing when time means money.

The Perth based ASX listed company recently completed testing of its multi-level Rapid Manufacturing 3D printing technology and the results are nothing short of extraordinary.

Aurora’s technology allows the company to print multiple layers of metal 3D parts in a single pass and it is capable of achieving print speeds of about 113kg per day.

According to company management, this is a whopping 55 times faster than the general market speed for 3D printing which currently sits at around 1.96kg per day for titanium printing.

Aurora has also flagged the potential to further increase its print speeds too as its technology was designed from the ground up with scalability in mind from day one.

The company says that the majority of tests done to date have been carried out on its “Alpha” machine, which has a single sub-unit.

This machine has been modified to include the connection of two sub-units working together, which should almost double the speed capacity of the single unit configuration Aurora says.

This process could potentially be scaled up to virtually any size and capacity with the large format unit expected to be printing up to a 1000kg per day with multiple sub-units contained within it.

These speeds are potentially the key to convincing major oil, gas, mining and other large industrials to switch their spare parts purchases from traditional wholesale distributors to an onsite “do it yourself” 3D printing operation.

The resultant time and product savings for the end user could potentially create a lucrative annuity style income stream for Aurora who will provide an ongoing supply of metal powder suitable for 3D printing to its clients.

Replacement parts for these industries typically have a long lead time and high cost with some mining companies required to keep extensive stocks on the shelf to avoid extended periods of costly downtime.

However, the ability to quickly produce parts using high speed, high quality, 3D metal printing is a potential game-changer for these industries.

Aurora says that its medium format printer could produce parts at half the cost of traditional manufacturing.

Managing Director David Budge said: “This step in the development of the technology is the latest in a long line of impressive developments since the company’s inception in 2014. Printing on multiple levels simultaneously at high speed is what we believe will ultimately allow us to print up to 1000kg in one day.”

“The primary factor in delivering an end product cost competitive with traditional manufacturing is the speed of the machine. This is why Aurora is looking outside traditional 3d printing markets to sectors like mining, oil & gas, marine and automotive.”

The new JV will provide a complete suite of 3D printing services to oil and gas, mining and major infrastructure clients.

It will also provide consulting services to major industrial clients who are looking to make the leap from traditional replacement part purchasing to printing their items courtesy of 3D printing technology.

Aurora also has a non-binding partnership agreement in place with Fortescue Metals Group to explore the potential for 3D printing to reduce production and operational costs at remote mine sites.

Every now and then industries get turned upside down and revolutionised and that is looking increasingly likely now for the industrial spare parts business with the advent of 3D printing.

Aurora’s ability to overcome the major objection to 3D printing – slowish speeds - appears to have removed the last remaining legitimate industry concern that has seen a wave of majors place the option on a wait and see status for some time now.

The rivers of gold that have historically flowed to the likes of major industrial wholesalers like Covs, Blackwoods and others now appear set to be diverted into tributaries and Aurora looks like it now has a firm grip on the real estate around the major tributary.