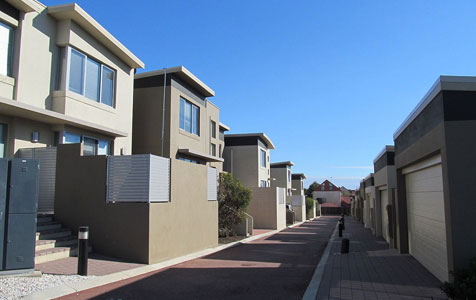 Western Australian home buyers are warming to the concept of auctions, with new research by the Real Estate Institute of WA showing selling via auction cuts the time a home spends on the market by an average of 26 days.

Auctions have not traditionally been popular with vendors in WA, with just 2 per cent of properties sold in that manner compared with 30 or 40 per cent of sales in Sydney or Melbourne.

But with the average time it takes to sell a property blowing out to 65 days via the traditional method, REIWA deputy president Hayden Groves said auctions were gaining in popularity.

“Western Australians have grown very familiar with the offer and acceptance method of buying a property, which involves a simple contract process and some gentle haggling on price, but there is growing interest in auctions as a quicker way to sell in a sluggish market,” he said.

“The auction method saves sellers almost a month on average, which in the current climate is very attractive to many people thinking of selling their property,” he said.

“With the number of properties on the market growing every week, more and more sellers are looking for the best ways to stand out from the competition and to sort the genuinely keen buyers from the casual lookers and the undecided in a weakening market.”

There are a total of 31 auctions for homes scheduled for this weekend in Perth, according to realestate.com.au.