ASX-listed Canadian focused gold explorer, Ardiden, has firmed up its wholly-owned South Limb prospect in north-western Ontario having completed all the permitting requirements to enable exploration activities to advance. South Limb, which is a highly prospective brown-fields property, lies directly along strike from the historical Dona Lake gold mine and is one of 18 prospects being lined up for exploration. 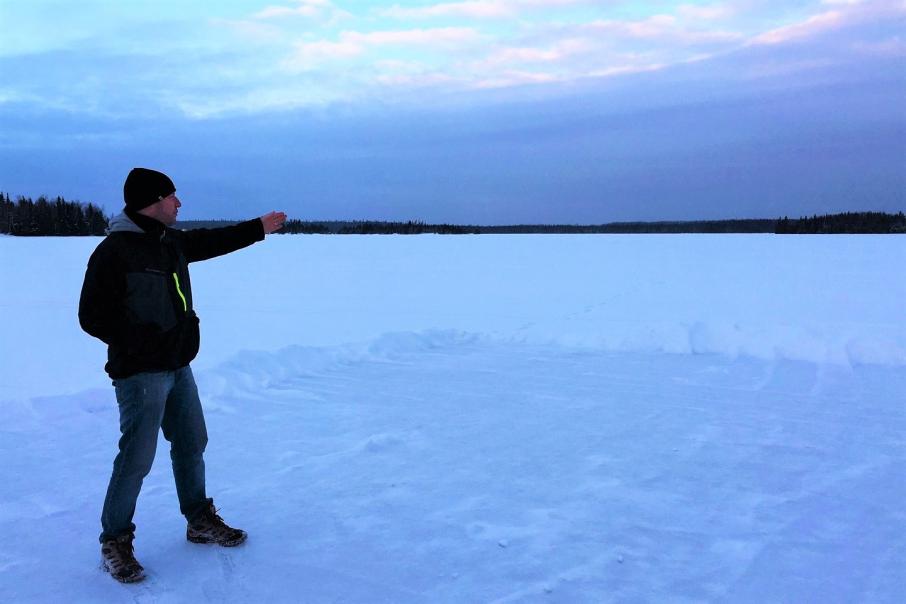 ASX-listed, Canada-focused gold explorer, Ardiden, has firmed up its wholly-owned South Limb gold prospect as the next prospect to target within its Pickle Lake gold project in north-western Ontario, having now completed the permitting requirements to enable exploration activities to advance.

South Limb, a highly prospective brown-fields property directly along strike from the historical Dona Lake gold mine is one of 18 prospects being lined up to explore.

Whilst the company already has the drill rods spinning at its advanced Kasagiminnis gold deposit, located in its ‘eastern hub’, some 20kms south-west of South Limb, the company said it expects to commence an initial exploratory drill program at South Limb before the end of this year.

It said South Limb offers at least 9km of strike length of highly prospective geology which runs right up to the front gate at the Dona Lake mine.

According to Ardiden, the historical Dona Lake underground gold mine produced almost a quarter of a million ounces at 6.6 g/t gold before shutting down back in 1993.

The company now has in its hand an MOU with the Mishkeegogamang First Nation of Ontario, Canada and an exploration permit from the Ontario Mines Department to kick start drilling at South Limb.

Consultation and agreement with the First Nation are critical to ensure work can advance in a socially responsible and collaborative manner. The company said it was the second such agreement with Chief, David Masakeyash, and his Council in the Pickle Lake gold project area.

“This is further progression of our relationship with the Mishkeegogamang First Nation group based at New Osnaburgh. I would like to thank the Mishkeegogamang leaders sincerely for placing further trust in our ability and desire to consider all stakeholder and traditional needs in this area. With drilling currently underway at Kasagiminnis, we hope to be drilling in a similarly responsible manner at the South Limb Prospect in the very near future, and engaging Mishkeegogamang in employment and training opportunities.”

The company said it was working with three separate First Nation groups in the District to negotiate individual MOU’s over its various prospects.

Itis planning to drill several holes to test three targets approximately 1km south of the Dona Lake gold mine and within its own tenement.

Elsewhere in its portfolio, Ardiden said it was concluding an airborne geophysical survey it commenced last month, 45 years after the Ontario Geological Survey unit carried out regional first-pass aerial work over the historic mining area.

According to the company, the New Patricia prospect sits within its ‘western hub’, along strike from its fully owned Dorothy-Dobie deposits and Barrick Gold’s historic high-grade Golden Patricia underground gold mine.  Golden Patricia produced over 600k ounces of gold from ore grading an impressive 15.21 grams per tonne over ten years between 1988 and 1997.

There remains an estimated combined historical non-JORC resource of 99,600oz of gold from 5.7 g/t dirt at Ardiden’s Dorothy-Dobie deposit.

The company’s Kasagiminnis deposit currently has an inferred resource of 110,000 ounces of gold from 790,000 tonnes of ore going a solid 4.3 g/t. However, not content with the status quo, Ardiden continues to beaver away with its diamond drilling rig, hoping to expand the gold resource base there.