Ardiden Limited has more than doubled the size of its Canadian exploration play by sweeping up a swathe of new claims, forming a contiguous ground package over a very prospective greenstone belt that historically produced some three million ounces of gold. The claims, known as the New Patricia gold prospect, now gives the ASX-listed explorer a dominant ground position spanning over 90 kilometres across the Pickle Lake gold camp. 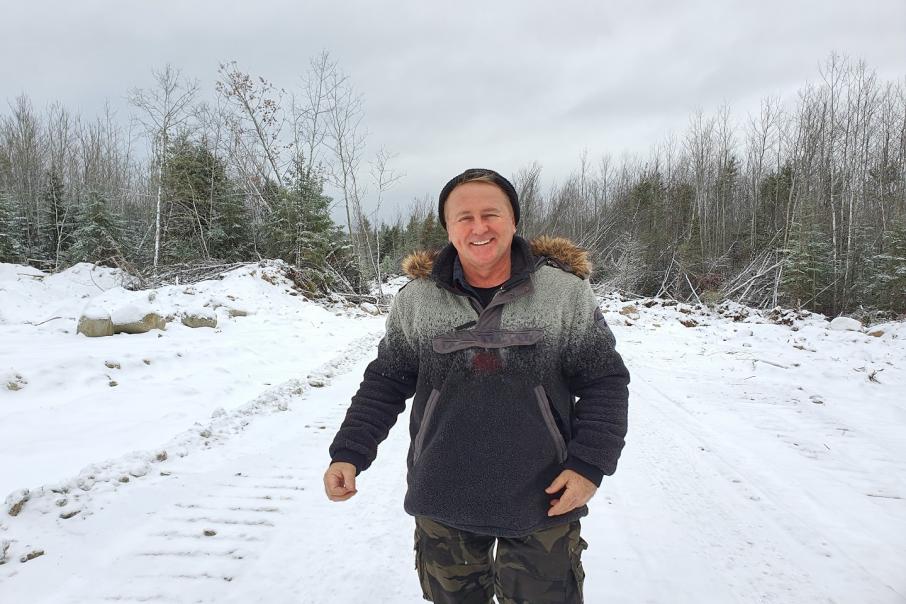 Ardiden has more than doubled the size of its Canadian exploration play at the Pickle Lake gold project in Ontario, Canada. Pictured is Ardiden CEO and geologist Rob Longley at Pickle Lake

Ardiden Limited has more than doubled the size of its Canadian exploration play, sweeping up a swathe of new claims, forming a contiguous ground position over a very prospective greenstone belt that has historically produced some three million ounces of gold. The new claims, known as the New Patricia gold prospect, give the ASX-listed explorer a dominant ground position spanning over 90 kilometres across the Pickle Lake gold camp.

Explorers have not touched the new Patricia gold prospect since 1990, despite its locality in the “Uchi Geological Subprovince” – the same geological setting that hosts Evolution Mining’s mammoth 27 million ounce Red Lake gold camp. Red Lake is considered one of the most significant gold deposits in the world and has reported gold head grades exceeding 20 grams per tonne.

In the 30 years since the ground has laid undisturbed, a raft of new techniques and technology has emerged – completely changing the exploration ballgame and opening up previously under-appreciated geological areas of interest.

The New Patricia claims are under an earn-in agreement with privately-owned exploration company, Exiro Minerals Corp and Ardiden can earn 100% of the ground over a three-year period with progressive payments totalling C$226,200 and 57.5m Ardiden shares.

Canada-based Exiro has been working on analysing data across New Patrica and is working with the Ardiden geological team to identify a prospective pipeline of gold targets.

Ardiden CEO Rob Longley said: "Our collaboration with Exiro’s well-respected management team has been put together in the true spirit of exploration, where stakeholders are only significantly rewarded through smart exploration work and ultimately, discovery.”

At the Pickle Lake project, Ardiden Geologists have recently added a swathe of new high priority targets across the West Pickle and Pickle Lake prospects and will undoubtedly be keen to add New Patricia’s targets to their growing lists.

The West Pickle prospect is located along strike of the Central Patricia and Pickle Crow gold mines that were discovered in around 1929.

The Pickle Crow underground gold mine was developed down to about 1,200 metres and produced nearly 1.5 million ounces at a crazy head grade of 17.8 grams per tonne of gold over 31 years to 1966.

The Canadian-focussed, Perth based explorer recently tabled a maiden resource of 110,000 ounces grading a respectable 4.4 grams per tonne gold at its Kasagiminnis deposit, which lies within the Pickle Lake project.

Ardiden is cashed-up and ready to frontier a winter drilling campaign at Pickle Lake, having previously said it expected to kick off this month.

With a smorgasbord of world-class gold deposits on its doorstep and a growing list of targets, Ardiden has a wealth of opportunity at Pickle Lake heading into the new year.