Zuks’ Kalia in box seat as Bougainville opens for mining

Whilst most mining types had written Bougainville off, Perth mining entrepreneur Nik Zuks was quietly travelling back and forth to the Pacific island to assist landowners to prepare for the new mining act which opens Bouganville up for mining for the first time in decades. Zuks' ASX listed Kalia Ltd has just locked down exploration licenses in Bougainville that cover about 1/3rd of the lucrative Island. 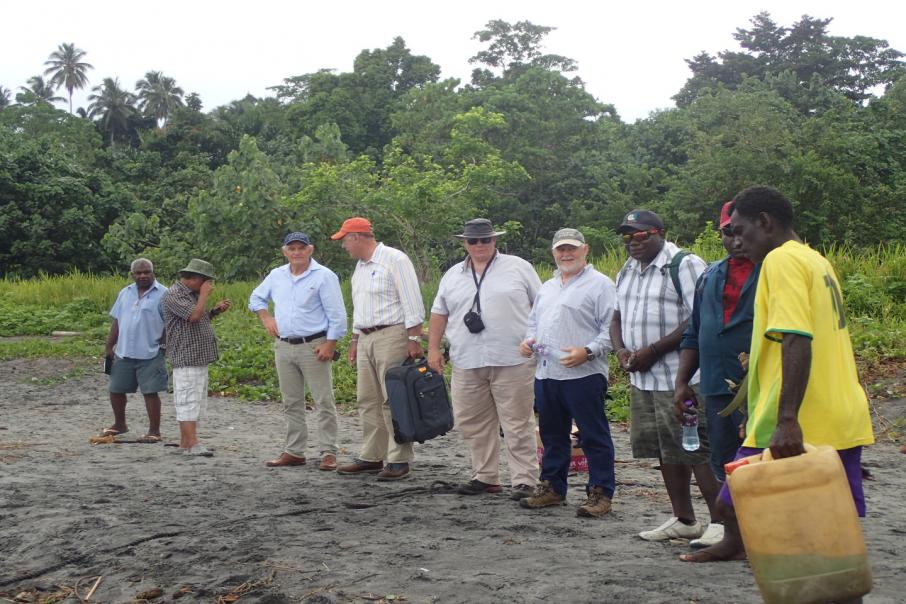 The Bougainville time capsule has opened.

The now autonomous pacific island near PNG that boasts extreme mineral riches has been effectively locked away in a time capsule since the civil war tore it apart between 1988 and 1998.

Bougainville’s amazing Panguna copper/gold mine that was once touted as the largest in the world, was always the prize for the warring factions.

However, despite hostilities ending two decades ago, the mine, that is still endowed with mind blowing in-situ resources, was never re-opened and the rest of the lucrative island has been subject to a mining and exploration moratorium– until now that is.

Whilst most mining types have written off Bougainville as being too hard and even Rio Tinto quit their position in Panguna last year, well known Perth mining entrepreneur and founder of AIM listed Belzone, Nik Zuks, has been quietly travelling back and forth to the pacific island for the last couple of years.

Zuks has been assisting the customary land owners to prepare for the new Bougainville mining act that has been shepherded through by the pro-mining and anti-corruption President of Bougainville, John Momis.

Momis’ new mining act makes a fundamental change in so much as it vests all of the mineral rights below ground, into the hands of the customary land holders which means that anybody wishing to mine on Bougainville under the brand new mining regime must first come to an agreement with the locals.

Zuks appears to have done just that.

He will be the earliest mover in Bougainville as the island once again seeks to support its people by exposing its amazing mineral riches to the world.

Kalia announced last week that they had secured two exploration licenses in Bougainville in partnership with a collection of customary land holders whose 25% interest in the name of Toremana Resources is free carried.

The granting of these two licenses represents a new chapter in Bougainville’s history and the unlocking of what looks to be a serious opportunity for Kalia and their 25% local partners.

The licenses cover about a third of the entire island in the northern region where historic reports are gushing about the mineral potential.

The Rogerson report, commissioned by the Geological Survey of Papua New Guinea in 1989 said, “Economic Cu-Au mineralisation on Bougainville occurs at Panguna, but many previously undiscovered prospect areas were defined during this study as a result of a reconnaissance stream sediment geochemical survey.”

The Rogerson team was able to identify two major styles of mineralization in the northern region of Bougainville, porphyry copper and epithermal gold.

The German Federal Institute for Geosciences and Natural Resources also conducted extensive geophysical studies on Bougainville in the 1980’s and Kalia say the northern area in particular is brimming with potential targets.

The company has reprocessed the data, which covers about 20% of Kalia’s license area, using modern algorithms and this process has identified discrete anomalies for Magnetic highs, Potassium highs and discrete Topographic lows.

These will form the basis for initial exploration activities on Kalia’s ground.

The famed Panguna mine that was majority owned and operated by Rio Tinto via ASX listed Bougainville Copper, is just 30km’s to the south of Kalia’s tenements and on the same geological structure.

Whilst in operation for 17 years up until 1989, Panguna was the largest porphyry copper mine in the world. Its remaining in-ground resources are still amongst the world’s largest.

Every statistic in relation to Panguna would make a seasoned miner sit bolt upright.

The mine previously produced 3mt of copper and over 9m ounces of gold.

In its last year of production Panguna pumped out 550,000 tonnes of copper concentrate grading 30% copper and a massive 450,000 ounces of gold.

To put those numbers in some perspective, annual outputs like that would bring in top line revenues of nearly $1.5b in copper and over $750m in gold in today’s money.

Even though Panguna closed in 1989 due to the civil unrest, Bougainville Copper say that it still contains a 2012 Jorc resource of 1.83 billion tonnes grading 0.30% Copper and 0.34g/t gold.

Kalia Managing Director Terry Larkan said: “The granting of the first Exploration Licences to be processed under Bougainville law is historic. Kalia is proud to be part of this significant event with the Autonomous Bougainville Government and the people of the Autonomous Region of Bougainville. The prospecting spirit that the mining industry is built on is clearly demonstrated by all those involved in getting to this point. Our partners, the landowners of Toremana Resources Limited, are as excited as we are to start exploration activities on the ground in this highly prospective region.”

Bougainville is one of the last undeveloped mineralised provinces of the world. The island straddles the Pacific ‘Ring of Fire’ tectonic plate boundary that is crowded out my massive gold and copper discoveries.

The opening up of Bougainville for mining for the first time in decades is perhaps not unlike opening up the Kalgoorlie goldfields or the Pilbara after wrapping a mining moratorium around it for years. Perth based Kalia and Zuks may well prove to be in the right place at the right time in Bougainville.