Woodside says its Scarborough project will be one of the lowest-carbon LNG sources in Australia, as it came under renewed fire from environmentalists today. 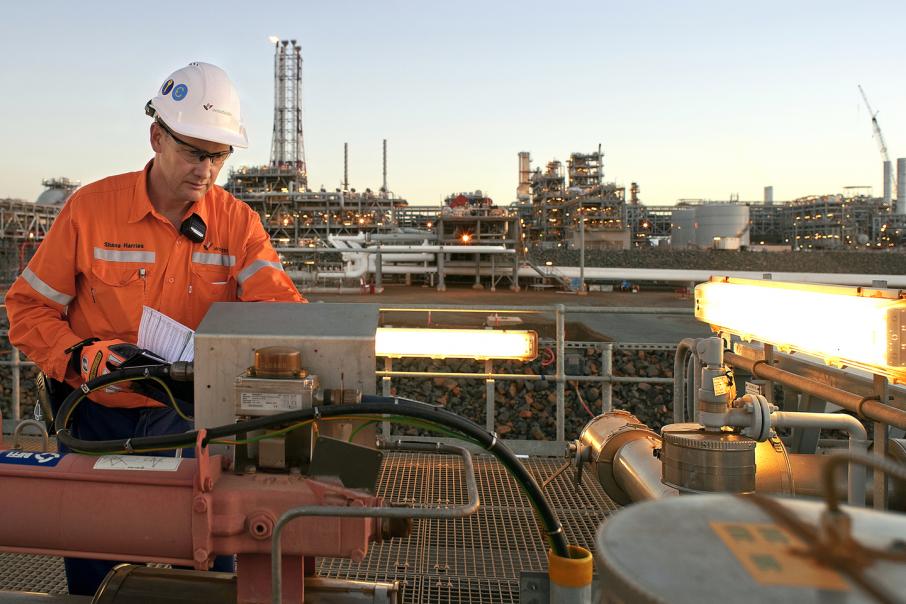 A worker at the Pluto LNG plant, where one train has been operating for a decade. Photo: Woodside

Woodside says its Scarborough project will be one of the lowest-carbon LNG sources in Australia, as it came under renewed fire from environmentalists today.

A final investment decision on the $US11 billion ($14 billion) project is expected this year, with an offshore development at the Scarborough field piped to a second LNG train at the Pluto gas plant.

The Conservation Council of Western Australia and Australia Institute released a report today that estimated the Scarborough plant would produce 1.6 billion tonnes of carbon emissions during the project’s life.

About 7.8 per cent of that carbon dioxide will be emitted from the source in WA, or about 4.4 million tonnes per year.

The remainder, about 52mt of carbon dioxide annually, will be emitted by end users of the gas.

But it is unclear how much of the gas used would be replacing higher-emitting coal, or whether carbon will be sequestered on site when the gas is used offshore.

Those factors mean the net impact of the facility is unclear.

In addition, Woodside has published emissions reduction targets of 30 per cent below the 2016-2020 average by 2030, and has embarked on early work to study carbon sequestration options in its older gas fields on the North West Shelf.

Australia Institute principal adviser Mark Ogge said the writing was on the wall for investors.

“Woodside investors would be taking a huge gamble to spend $16 billion (Editor: now $14bn) in this project,” Mr Ogge said.

“In just the last few weeks, the International Energy Agency have said no new gas projects can be approved if the world is to achieve net zero by 2050, let alone 1.5 degrees, a Dutch court has ordered Shell to cut its emissions by over 40 per cent percent this decade, and Exxon board members have been toppled for not taking climate change seriously.”

“We are extremely concerned that a decision by Western Australia’s first minister for climate action could sanction the release of well over a billion tonnes of carbon pollution, and result in other impacts on the environment and Aboriginal heritage that have not been subject to formal environmental impact assessment,” Professor Newman said.

“The idea that a development with a carbon footprint greater than the Adani coal mine, and with irreversible impacts on World Heritage values could be allowed to proceed without rigorous assessment at the highest level is astonishing.”

A spokesperson for Woodside Petroleum said the Scarborough project would be designed to have lower emissions.

“Scarborough gas would primarily be processed through a second train at the Pluto LNG facility, which is designed for efficiency and will deliver one of the lowest-carbon LNG sources in Australia.”

The company also defended the exactness of the environmental approvals process, which includes federal and state regulators, and an offshore petroleum regulator.

“Evaluation of the environmental impacts and risks of the project included greenhouse gas emissions, operational discharges, disturbance to the seabed and unplanned hydrocarbon spills, with a particular focus on impacts to listed threatened species,” the spokesperson said

“Over the past two and half years there have been many opportunities for stakeholder participation and comment on the Scarborough proposal, including a formal eight-week public comment period and a separate four-week public review of the draft Dredging and Spoil Disposal Management Plan.”

A spokesperson for the state government said all significant proposals are subject to independent analysis by the EPA.

“The EPA’s recommendations are based on the best available evidence and scientific advice,” they said.

“In fact, in 2019 the International Association for Impact Assessment awarded the EPA for its sustained contribution to good practice in impact assessments in Australia.

“There are a range of processes under the act to ensure good environmental outcomes. The Minister for Environment makes decisions on these matters after considering the advice and recommendations of the EPA.”


Ancient Aboriginal rock art on the Burrup Peninsula, proposed for World Heritage listing, could be affected by the development, the CCWA and Australia Institute report said.

Woodside has operated six LNG trains on the peninsula in close proximity to the rock art, which is known as the petroglyphs of Murujuga.

“Peer-reviewed scientific evidence shows that the petroglyphs on Murujuga are being destroyed because acids formed from LNG processing and related industries are dissolving the outer surface layer (patina) into which significant images and elaborate symbols have been engraved,” the report said.

“Destruction of the patina by industrial emissions is irreversible and the loss of the Murujuga petroglyphs would be permanent.

“Processing the Scarborough gas in the Pluto LNG facility will add additional acid gas emissions in the atmosphere around the Burrup Peninsula and significantly increase the duration of time that the petroglyphs are exposed to these acid emissions.”

A Woodside spokesperson said the company understood the significance of protecting the rock art, and had collaborative relationships with traditional owners and community stakeholders.

“Woodside has demonstrated its ability to co-exist with the national heritage values and support the recognition of those values through community-based projects,” the spokesperson said.

The company said there was a scientific monitoring program in place in collaboration with the state government to monitor impacts to rock art.