Medtech startup VeinTech has won first prize at this year’s Perth Biodesign course, for its invention of a device that improves cannulation, the process for intravenous vein access. 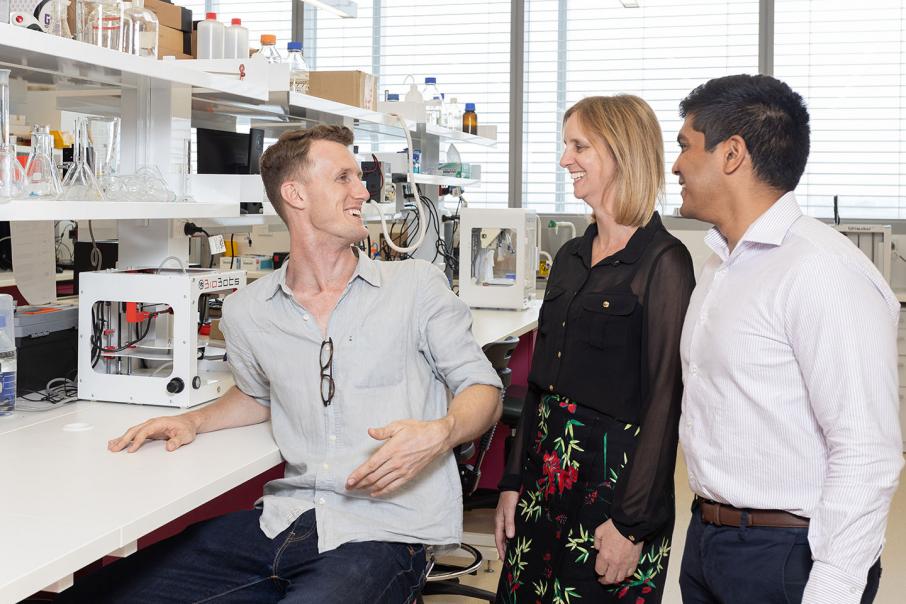 Medtech startup VeinTech has won first prize at this year’s Perth Biodesign course, for its invention of a device that improves cannulation, the process for intravenous vein access.

The course, which has been facilitated by Accelerating Australia since 2017, brings together multi-disciplinary teams to serve unmet clinical needs, with participants given six months to come up with a prototype to address their stated need.

This year’s course featured 30 participants contending for the top prize, a prize pool that included in-kind support courtesy of Perth Angels, Curtin University and University of Western Australia as well as the opportunity to pitch for micro-seed funding at a later date.

The VeinTech team, which featured three former and current UWA students, an emergency consultant and a physiotherapist from the Telethon Kids Institute, came up with the idea after performing an extensive review of existing literature and market needs.

Physiotherapist and VeinTech team member Nicholas Buckley told Business News cannulation emerged as an issue because of the costs associated with it, which, particularly in obese patients whose veins were difficult to locate, could significantly raise a patient’s risk of infection.

“(Cannulation is) a big problem because it fails 40 per cent of the time,” Mr Buckley said.

“That’s obviously not that much fun for the person being cannulated, but it’s also inefficient and wasteful.”

Mr Buckley said the team’s handheld VeinWave device would improve the visibility of veins by offering an alternative to large, multi-use ultrasound units.

Using a propriety algorithm to image the structure of the veins themselves, he said the team had designed a solution for a problem that was at once widespread but could be solved uniquely because of its specificity.

“Trying to solve things like pressure injuries is a good example of something that’s … really multi-factorial,” Mr Buckley said.

“It’s a crowded market and there are a lot of people in it already, so coming up with one device to try and solve (a problem like pressure injuries) is quite difficult.

“We decided on cannulation because it’s quite simple and we can break it down quite easily.”