We can't stay in the dark over digital self-harm

OPINION: Self-trolling represents a disturbing new social platform for students who turn to self-harm to express their emotional trauma. 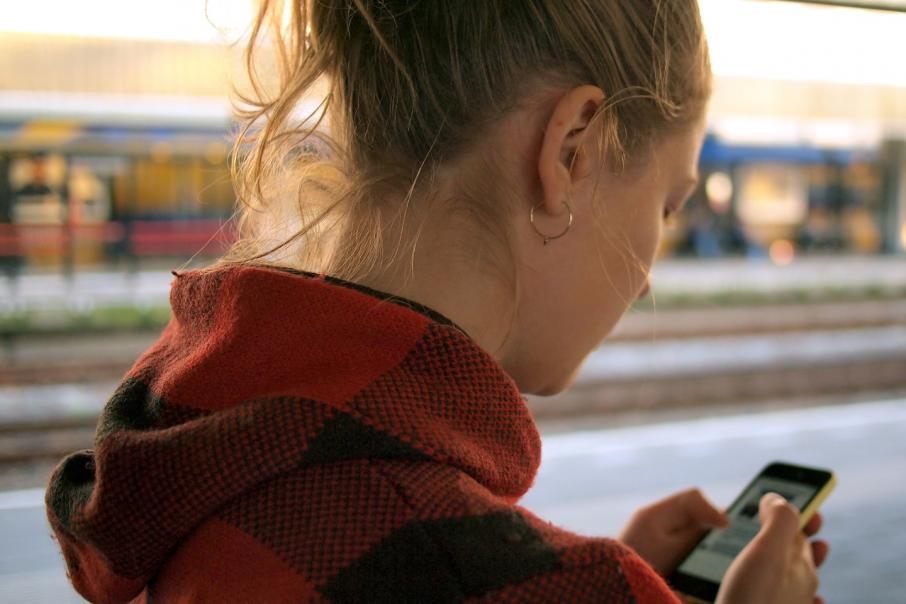 The teenager invites abuse, often to confirm their own thoughts about themselves. Photo: Daria Nepriakhina on Unsplash

OPINION: Self-trolling represents a disturbing new social platform for students who turn to self-harm to express their emotional trauma.

The incidence of cyber-bullying among school students across the globe is increasing at an alarming rate.

Despite initiatives led by school leaders and government agencies to stem the rise of cyberbullying in Australian schools, a report by website Comparitech shows the number of students reporting it has risen from 13 per cent in 2011 to 19 per cent in 2018.

The upward trend is likely to have continued.

The rise can be partly explained by a newer and disturbing form of cyberbullying that has school leaders and parents deeply concerned – digital self-harm.

Digital self-harm involves teens making themselves the target of cyberbullying.

We have known for some time that during the stressful teen years many adolescents ride a roller coaster of emotional highs and lows.

While upsetting at times, many teenagers are able to ride the ups and downs and emerge unscathed.

For an estimated one in five though, their worries and feelings develop into something more serious, including anxiety and depression, with a smaller percentage of distressed teens responding to their emotional angst by engaging in cutting, burning and other forms of self-harm.

They do this by creating separate online identities to carry out the task of these quasi-anonymous posts of humiliation or abuse that leave everyone else unaware that an act of digital self-harm has been committed.

Other types of self-cyberbullying might involve a teenager posing questions online such as “do you think I am attractive” or “would you date me” with the intent of receiving negative responses from others.

In other words, the teenager invites abuse, often to confirm their own thoughts about themselves.

Digital self-harm is thought to have first emerged in 2013 when it was discovered that a 14-year-old girl in Britain had anonymously sent hurtful messages to herself via a social media platform in the weeks leading up to her suicide.

Experts are now beginning to unearth some of the reasons why teenagers engage in digital self-harm. Several common themes are emerging.

Students who have engaged in the practice have reported they did so because they thought it was funny, would attract attention from others, including getting others to worry about them, or could prove to others how strong they were when under attack from these supposedly anonymous bullies.

Others engaged in digital self-harm because they claimed they wanted to test friendships by observing which of their acquaintances leapt to their defence.

Disturbingly, some experts said they believed many of the teenagers involved had already been victims of cyberbullying or bullying – and that their online aggression represented a loud cry for help.

While government agencies and school communities work towards better understanding how best to support those who engage in digital self-harm, a paucity of research in the area is hindering their efforts.

One of the reasons for the lack of research is the difficulty in getting those who have participated in self-trolling to engage.

It is often the case that teenagers’ secrecy surrounding their involvement in digital self-harm as well their associated, acute sense of shame fuels non-participation in research projects that might deliver higher levels of insight.

While the harm might not leave a visible injury like cuts or burns, this form of online aggression must be recognised as a very real danger to many of our young people because it damages their inner sense of self.

Alarmingly, many parents have remained in the dark when it comes to awareness of the existence of digital self-harm.

On being made aware, many parents outwardly report they had never considered that teenagers might leverage anonymity for the purpose of harming themselves.

While school communities continue to work through the complexities surrounding digital self-harm, parents should never ignore the possibility that derogatory messages received online by their child may have been sent by their child themselves.

In a similar vein, school leaders and officials charged with the gruelling and complex task of investigating cyberbullying attacks should also remain open to the possibility of self-trolling and examine all evidence at hand.

At the end of the day, any time a student is on the end of a cyberbullying attack we should require urgent resolution even if – or should we say especially if – the sender and the receiver are one and the same.