The state government has urged Western Australian tourism operators to bring forward deals and promotions in support of the local industry, as it launches a ‘Do it in WA’ campaign that will use existing funding. 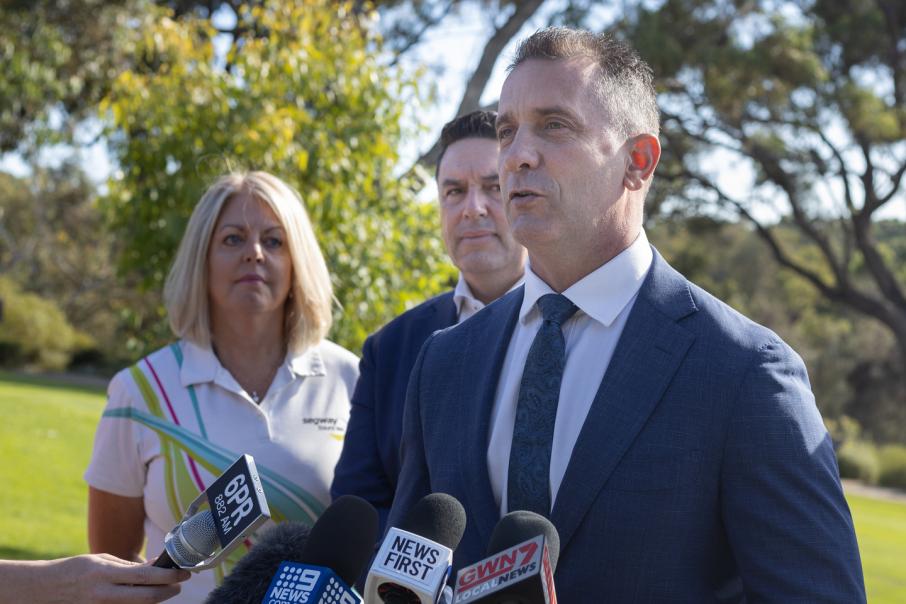 Paul Papalia says Western Australia is the most sought-after destination in the country. Photo: Gabriel Oliveira

The state government has urged Western Australian tourism operators to bring forward deals and promotions in support of the local industry, as it launches a ‘Do it in WA’ campaign that will use existing funding.

The announcement has been welcomed by peak industry bodies including Tourism Council WA and the Australian Hotels Association.

The campaign, to be funded by Premier Mark McGowan’s recently announced $4.85 million tourism marketing initiative, is intended to encourage Western Australians to holiday locally rather than interstate or overseas.

Minister for Tourism Paul Papalia said the state’s tourism operators should contact their regional tourism organisation or Tourism WA and come forward with their offers.

The promotions will be listed on the campaign website, to launch in two weeks.

“We were growing international holiday-makers at four times the national average before coronavirus arrived,” Mr Papalia told reporters this morning.

“For the last two years, we saw more people coming from interstate to WA than ever before.

“We are the most sought-after destination in the country and Western Australians should get out there and explore that offering.”

Mr Papalia said the impacts of COVID-19 on the state’s tourism operators varied.

“Some of the regions, in particular around Geraldton and Cervantes (which) were reliant on China, are feeling it and have been impacted,” he said.

“The full extent of what is going to happen hasn’t yet necessarily spread everywhere.”

Mr Papalia said the campaign, to run for two weeks, was to lessen the blow of the impacts of COVID-19 on the industry but was not taking advantage of public fear of the virus.

He said the government also maintained a focus on gaining interstate tourism.

“We will be campaigning with special deals focused on the eastern seaboard to get them over here,” the minister added.

“The response to coronavirus medically, in health terms, is the responsibility of the federal government and our state health authorities and they’ll be directing us in that regard.

“To the extent that we might be exposed to any threat of contracting coronavirus, I think this is probably the best place on the planet, as far as safety, health standards and health systems and support measures (go) for anybody who is travelling.”

SeaLink general manager Andrew Lane said the company has now offered a 20 per cent discount on all ferry services on the Swan River and was working with the Rottnest Island Authority on preparing holiday packages.

He said while COVID-19 had not yet affected the company’s WA operations, SeaLink was unsure as to what extent the virus could impact the business.

“We’re seeing that this could get bigger than what it is today, hence why we’re having and supporting the focus of holidaying here,” he said.

Accor sales and marketing WA director Michael Smith said the company was monitoring COVID-19 closely but made no comment of its impacts to the business.

He said the hotel was taking precautionary steps on the advice of government and health authorities and that Accor would announce seasonal specials and deals in the coming weeks.

“The challenge we are facing in WA is unprecedented and so it requires an extraordinary response by government, which is what makes today’s announcement so encouraging,” he said.

“As we charter a path through troubled times, substantial and multi-faceted assistance will be required to support businesses and protect local jobs.”

The new campaign follows Tourism Council WA’s 'Holiday in WA' initiative, which has been active since November.

Chief executive Evan Hall said it was the right time for Western Australians to holiday in the state and that the new campaign would feature Quality Tourism Accredited Businesses.

“By booking with Quality Tourism Accredited Businesses, Western Australians can be assured of a genuine, high-quality tourism business meeting all the standards they expect.”